No, this has nothing to do with the famous wacky Thai comedy featuring effeminate volleyball players. These Iron Ladies, or ”TWITs” (Teenage Women in Their Thirties), are charismatic and independent Taiwanese ladies who excel at their careers, but require a little help when it comes to their complicated relationships.

Set in the contemporary city of Taipei, the series has been referenced to titles like Sex in the City or the Korean I need Romance; likely for the semblance in the main ensemble, the realistic subject matter they tackle, and the unabashed approach to topics like sex. Of course, this being Taiwan, it’s all a little tamer (and possibly more comfortable for some) than the American hit series. 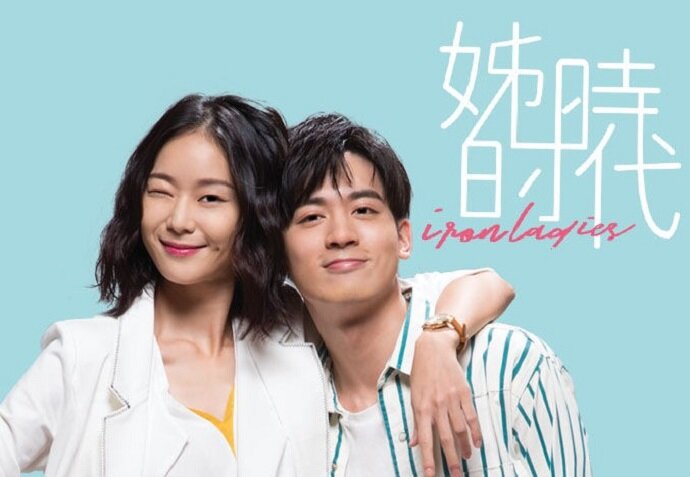 Zhou Kai Ting (Aviis Zhong), Ma Li Sha (Ada Pan) and Wang Qing Qing (Zhu Zhiying) are top dogs at the wildly successful e-commerce portal Love U Shop. They are a passionate trio, often leading their teams decisively to better sales, yet they each have their own temperament.

When it comes to inventive solutions, Kai Ting is the go-to gal. Driven by her inner drive and ambition, she never backs down from a problem, which places her in multiple tight situations throughout the show. Li Sha is the big sister of the group, yet often the cheekier and hot-headed of the bunch. Qing Qing plays the soft-spoken peacemaker, who often buffers her friends at confrontations.

Iron Ladies cleverly interweaves the dynamics between the three ladies to throw them on individual arcs that align with very relatable issues about women these days. From being unable to have nurturing relationships to societal peer pressure, the stories each week will surely strike home. And while some of these subjects are heavy, the breezy tone for the majority keeps things light-hearted, without sacrificing on gravity.

The first episode of Iron Ladies gets to task quickly with establishment. This is not necessarily the best part of the episode, as there are moments when it gets overly cliché. Shoulder to shoulder entrances in slow-mo and glaring lights to up the glam actually feel dated and is a bit of a disservice to the content. Luckily, once the viewer gets past this segment, the rest of the episode becomes much more engaging.

After being introduced to the dynamic trio, we are also presented with a bumbling country bumpkin, Su Can. He first bumps into Kai Ting and resolves an accident with an unexpected talent, then finds out soon after that his promise of a job in Taipei was but a scam. But it seems fate has better things ­prepared for the kind-hearted lad. His multiple run-ins with Kai Ting forge an unlikely friendship between the two, one that has them facing a great crisis for Love U Shop together at the end of the episode.

What turns the series around from its lacklustre opening is really three things. First, the relevant scenarios that playout, especially with regards to their personal lives. One is estranged with a longtime workaholic boyfriend, another unable to commit to any relationship, and the third in a perfect marriage… seemingly. As the episodes develop, the situations our female leads face will likely have happened to the viewer or a friend. Secondly, Iron Ladies present some genuinely heartwarming moments even if it also has some cheese. While typical setups like situational hand-holding and forced hugs are formulaic, there are many meaningful conversations the characters have within the series that still gives one the feels. These moments are refreshing and enjoyable, and clearly demonstrate a chemistry from the cast that warms up as the episodes come on.

The last seems superficial, but I can’t deny would hold the attention of a largely female audience. Ben Wu as the gullible Su Can is eye-candy for sure. His dewy complexion, kissable lips and wounded puppy-dog eyes will stir the hearts in one way or another. The show makes no qualms about this, giving generous close-ups and more than a few scenes where he - ahem - needs to take his top off, but even if he is not your cup of tea, the series is littered with appearances by casted pretty boys. And when the company’s biggest seller is a cosmetic line named Jay the Rabbit, the presence of these alarmingly good looking people actually makes sense. Iron Ladies boldly talks about painful but relevant struggles a modern woman faces today. The three ladies with their different lifestyles and mindsets make for some eye-opening drama, but nonetheless runs parallel with what we have heard or even seen in real life.

The struggles here makes Iron Ladies worth following through, if only to see how the characters weigh out their priorities in a bid to question ourselves on our own. The first episode clearly demonstrates the potential of the material, but played out in a refreshing environment that bears out watching. The main arc following Kai Ting and Su Can is particularly compelling out of the three, even if Li Sha and Qing Qing’s stories are not in any way inferior. It’s just that Ben’s charisma gives his naturalistic performances an extra edge over the ladies, and his good natured character is hard not to like.

The first episode might not show you if Ben finds a way to explain his unemployment to his caretaker back home, or if the ladies will find their way into a healthier relationship, but the makers of Iron Ladies keeps the pacing even, so you’ll be able to hop onto those next few episodes and discover their fates soon enough. 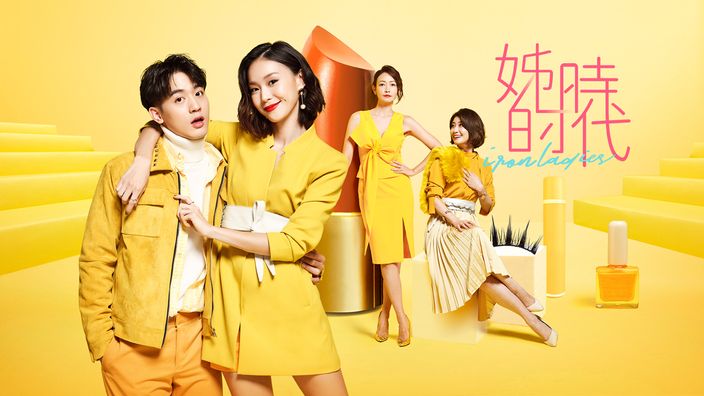