5 Christopher Nolan Trademarks to Look Out For in Tenet 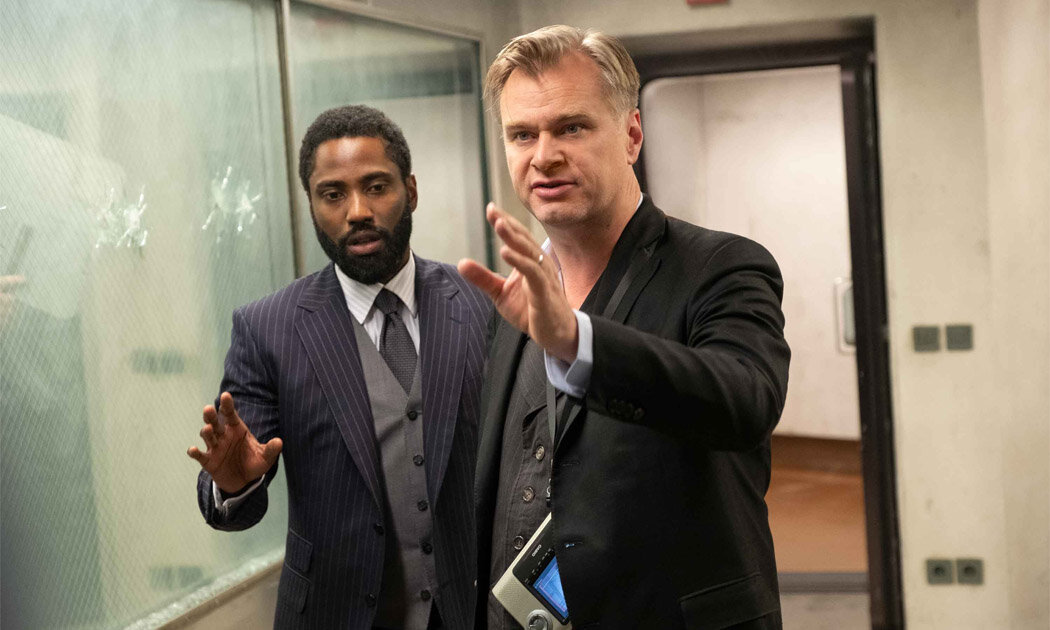 Writer-director Christopher Nolan’s sci-fi spy thriller Tenet is one of the most anticipated films of the year. 2020 has seen massive upheaval and the film industry has not been spared, with widespread shutdowns of movie theatres threatening the filmgoing experience. In parts of the world where movie theatres have safely reopened, Tenet is being positioned as a big “welcome back” for moviegoers.

Nolan has gained a following among cinephiles and has become celebrated as one of the few auteurs who make what are essentially arthouse action films that cost around $200 million. Tenet is Nolan’s largest and most ambitious film to date, featuring a complex sci-fi premise rooted in theoretical physics, large-scale action set pieces and location shooting across the world.

The director is credited with reviving the Batman franchise via his Dark Knight trilogy and has created such mind-bending blockbusters as Inception and Interstellar. Nolan is a filmmaker who is on the cutting edge of technology but who advocates for the preservation of tradition in certain aspects, especially when it comes to shooting on film. Nolan’s last several films have been shot on IMAX cameras and are optimised for IMAX theatres.

Nolan devotees have come to recognise several recurring motifs and elements in his filmography. Here are five to look out for when you watch Tenet. 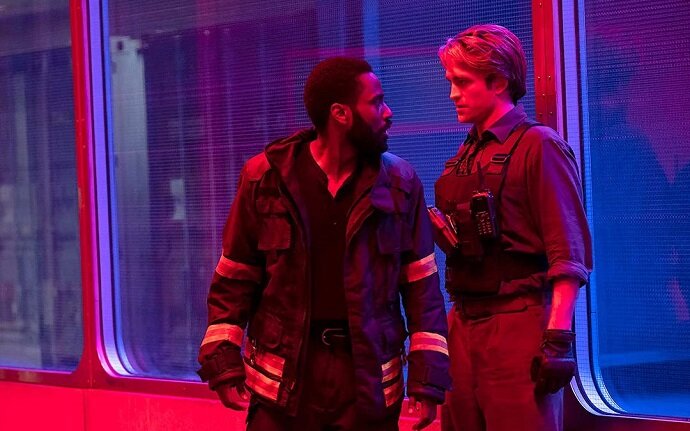 Nolan has always been interested in the perception of time, and how this can be presented cinematically. Memento is comprised of scenes in black-and-white that progress chronologically and scenes in colour which play in reverse to reflect the way the amnesiac protagonist perceives the world; these two timeframes later converging. Insomnia features a detective character driven mad by the perpetual daylight of an Alaskan town as he tries to solve a murder. In Inception, the characters in each dream layer perceive time differently than in the real world. In Interstellar, one hour spent on a distant planet equates to seven years in earth time, which means the character Coop remains the same age while his children age dramatically back on earth. Dunkirk is told in three separate time frames: the story unfolds over a week for the soldiers stranded on the beach, a day for the civilian boatmen coming to the soldiers’ aid, and an hour for the airmen in their planes.

The perception of time figures more heavily in Tenet than in any Nolan movie before it. “This film is not a time-travel film,” Nolan told Entertainment Weekly. “It deals with time and the different ways in which time can function.” Time affects everything in one forward direction, but in Tenet, an unknown person or organisation has figured out a way to reverse this flow of time and apply it to specific objects and people. That’s how we get bullets flying back into guns and the trippy backwards-motion fight scenes and car chases that play out in Tenet. Nolan employs this concept in a visually engaging, mesmerising way. 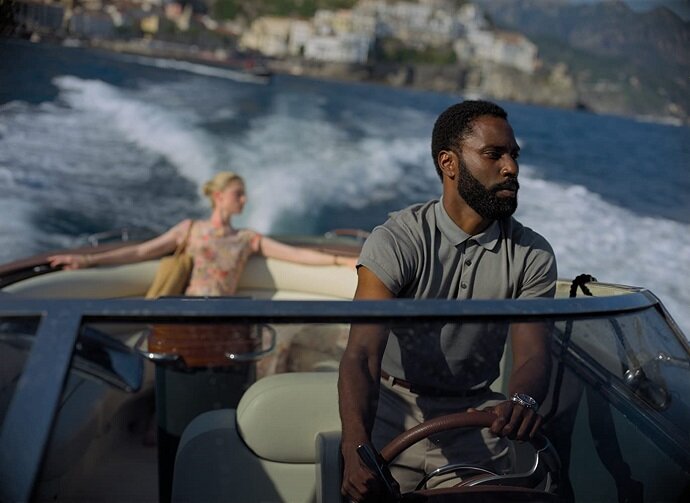 Location filming can lend a movie an epic scope, something which Nolan has employed before. Inception was filmed in Japan, Morocco, France, England, Canada, and the United States. Nolan even took Batman out of Gotham for Batman Begins, The Dark Knight and The Dark Knight Rises, which featured sections filmed in Iceland, Hong Kong, and India respectively. In a year in which travelling and especially travel for leisure is all but impossible, Tenet takes audiences around the globe. The movie was filmed in Estonia, India, Denmark, Italy, Norway, the United Kingdom, and the United States. The dramatic real-world locations featured in the film include the Amalfi Coast in Italy, the Gateway of India in Mumbai and Nysted Wind Farm off Lolland, Denmark. The production shut down the Laagna highway in Tallinn, Estonia for three weeks to film an extensive car chase sequence – first forwards, then backwards. "The international component of Tenet is very important to the story because it's really about [a] threat to the entire world,” Nolan said. Audiences have often bemoaned the heavy reliance on computer-generated imagery in today’s big blockbusters. Like any filmmaking technique, CGI can be used well or poorly, but audiences have become increasingly sophisticated, growing better at spotting digital visual effects that might take them out of the movie. Nolan ardently advocates for achieving as much in-camera as possible, leaning minimally on digital effects. "This is my third film with Chris Nolan. You kind of realise when you read it 'oh, how are we going to do this?' Because he's gonna want to do this for real,” cinematographer Hoyte van Hoytema said. Tenet features only 280 VFX shots, compared to a film like Avengers: Endgame, which had 2500. Nolan has claimed this is fewer than most romantic comedies.

In The Dark Knight, Nolan flipped over a semi-truck on the streets of Chicago for real. In Inception, massive set-pieces including a rotating hotel corridor were constructed to achieve the film’s trippy visuals practically. In The Dark Knight Rises, the production dropped the fuselage of a plane onto the ground from mid-air. Tenet ups the ante with a scene in which a 747 cargo plane crashes into an airplane hangar. "We've got a 747 crashing into a building - that's how we're achieving a 747 crashing into a building. It feels very, very real - essentially because it is real,” actor Robert Pattinson said. Nolan had initially planned to film the scene using miniature models, but when it became feasible to purchase a used 747 from an airliner boneyard, Nolan opted to stage the sequence full-scale. Like several other directors, Nolan likes to have actors from his earlier films come back for his new projects. Most of the film’s stars, including John David Washington, Robert Pattinson, Elizabeth Debicki and Aaron Taylor-Johnson, have not worked with Nolan before. However, the actor whom he has reused the most, Michael Caine, makes an appearance in Tenet as Sir Michael Crosby. Nolan first cast Caine as Alfred in Batman Begins, a role which he reprised for the next two instalments of the Dark Knight trilogy. Caine also had roles in The Prestige, Inception and Interstellar, and a vocal cameo in Dunkirk. “[Nolan] is so secretive he won’t let me have the script,” Caine told The Hindu. Regarding the title ‘Tenet’ itself, Caine said “I don’t know what it means.”

In addition to Caine, other returning actors from earlier Nolan movies include Kenneth Branagh from Dunkirk, and Martin Donovan from Insomnia.

#5: MESSING WITH THE MIND Tenet’s reputation as a mind-bending film precedes it. Nolan seems to have a monopoly on big-budget, potentially confusing blockbusters, since most big movies tend to feel dumbed down to appeal to as large an audience as possible. From Memento’s dual timelines to Inception’s multiple dream layers to Interstellar’s cosmic odyssey, the unique narrative structures of Nolan’s films demand multiple viewings. The director’s fascination with complex narratives stems from growing up during the advent of home video, which mean he could rewind and re-watch movies to dissect them. “You’re making films that are going to be watched more than once,” Nolan told WNYC. “People are going to watch them in a different way. They’re going to have a different relationship to that narrative.”

There is an attraction to teasing out the little details in a Nolan film and solving the puzzles that the filmmaker presents, given Nolan’s apparent affinity for puzzles. One of the key inspirations for Tenet is the Sator Square, an ancient word square dating back to 79 AD that consists of five Latin words forming a two-dimensional palindrome. No matter how you rotate it, five words will be spelled out in two directions: “SATOR”, “AREPO”, “TENET”, “OPERA” and “ROTAS”. All five words are integrated into the film: the villain played by Kenneth Branagh is named Sator, an art forger is named Arepo, the movie is titled Tenet, the opening sequence takes place in an opera house and Sator’s company is named Rotas. Pretty neat, eh?

While Nolan’s movies seem packed with puzzles, he wants audiences to surrender to the experience instead of trying to solve them. “What I’ve found with my movies is, people who sit back and relax and try to enjoy them as a ride, they understand and enjoy them much more,” Nolan explained.