【EXCLUSIVE】Departure: Take an Introduction Flight with Its Cast and Story Over 100,000 commercial flights leave airports every day… most of them arrive safely…

And so begins the trailer for Departure - a TV series commissioned by Global that was also bought by NBCUniversal, to air on channels in the United Kingdom, Germany, France, Spain, Africa and Poland. Clearly it alludes to a story about one of the most-missed activities during these pandemic times - that of flying - but instead of waxing lyrically about the romance of travel, it tackles the deep mysteries and implications... when flights go missing.

This Canadian-Brit TV series plays out the story of missing Flight 716, and the six 1-hour episodes will lead us through the many possibilities of how such an event might unfold.

Conspiracy, natural event, technical fault - we’ve all guessed and thought about the fates of similar flights in the past, and Departure can now let us look at it play out in all its facets and possibilities.

What is it about? When Flight 716 disappears as it flies over the Atlantic Ocean, aviation investigation expert Kendra Malley (Archie Panjabi) is roped in by her former boss Howard Lawson (Christopher Plummer) to lead the case. Pressed for time, she dives right in, but nothing about this incident is straightforward - as can be expected.

With twist upon twist, she veers through the many layers of conspiracies to uncover the truth. Was it a politically-motivated sabotage or more of a personal agenda? Could there even be possibly supernatural causes? The show shakes up its viewers with unexpected evidence and shocking finds.

Why you should watch it Described as a “high-octane conspiracy series”, Departure updates the DNA of mystery thrillers like Lost and Manifest, but compacts the proceedings into a tighter watch for a more heart-stopping effect.

Perfect for those who love to delve into the possible going-ons behind the scenes, it’s time to test rational deductions against emotional appeals in this new drama series.

Steve Patscheck, EVP for global programming at NBCUniversal International Networks said it best. "Departure’s gripping storyline - steeped in conspiracy, mystery and intriguing characters - is a great fit for our international channel brands and will have our viewers on the edge of their seats," he said. "We look forward to bringing this thrilling series and its stellar award-winning cast to our fans around the world." 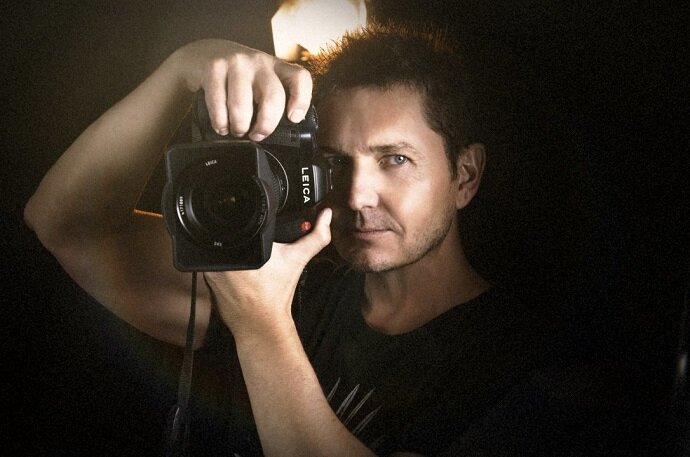 To pull off such a gripping tale, director T.J. Scott was roped in for the project. Having worked in roles like a screenwriter, producer, actor and even former stunt person, one can say there’s no one that can better understand how to execute the scope of this plane thriller fully.

Drawing upon his extensive experience in working on TV series since the 1990s, such as Hercules and Xena, his later works like Spartacus, The Strain and Gotham clearly showed his strength in delving into the darker side of human motivations.

But it was not until the Canadian director contributed to the critically-acclaimed Orphan Black, that he really came to wider public attention. The grim sci-fi dealt with many ethical issues, and won Scott the award for Best Direction in a Dramatic Series at the 3rd annual Canadian Screen Awards in 2015.

Since then, his finesse can be seen in other high-profile hit shows like Star Trek: Discovery and Taken, so one can say Departure was a natural progression. With real life being more terrifying than fiction, Scott draws upon past cases of missing flights, and injects the elements for Kendra and her team to unravel, as the whole world scrutinises.

The consequences can clearly be felt in the energetic series, with missions to pinpoint the aircraft and rescue survivors lending gravity to the situation. But the right thing is never easy, and director Scott will saddle you up to go through some tough scenarios and make you question your own decisions. 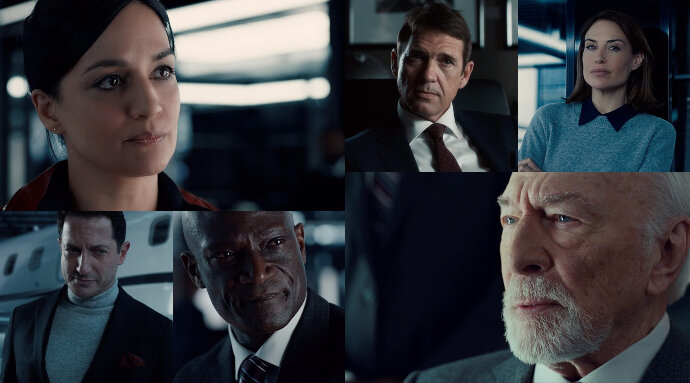 While the heart to a compelling drama series is its story, bringing the characters to life is the job of its ensemble. And for Departure, the heavyweights are in.

Leading the charge is Emmy Award-winning Archie Panjabi, whose consistent work in The Good Wife has won her numerous fans. With her role as Kelley, she plays out the many nuances of an investigator fighting multiple forces - both inner and outer - and demonstrates her quietly regal depth. If you find her slightly familiar, it might be from her work in films like Bend It Like Beckham, or shows like Shetland, Blindspot and Next of Kin.

The other luminary for Departure is Oscar-winner Christopher Plummer, and really, the guy needs no introduction. You’ll have most recently seen him in the hilarious murder mystery Knives Out, and his most recent nomination for his role as oil tycoon in 2017’s All the Money in the World. For the series, he plays Howard, Kelley’s mentor who requests for her return. His incredible presence and charisma really steers the series, and this aura will be familiar to those who have seen him in other titles such as The Last Station, Beginners, and Danny Collins.

The two are supported by an all-star cast, all of whom ensure their supporting roles are performed with meaty goodness. One of the more notable members is Claire Forlani (Meet Joe Black, Precious Cargo), who brings her magnetic English beauty to the scenes as Janet Friel, an MI5 officer. She’s certainly no stranger to investigative drama, having played an agent in NCIS: Los Angeles, a medical examiner in CSI: NY, and a criminal profiler in Hawaii Five-O. It’ll be interesting to see how she lends her riveting gaze in the proceedings.

We’ll also be waiting to see what plays out from Dougray Scott, who plays the CEO of British Global Air. The enigmatic man has shown his intensity in shows like Mission: Impossible 2, Height, Last Passenger and Snatch, so that same energy will no doubt be a boost in the show.

Other notable performances to watch include Sasha Roiz (Grimm), who plays the CEO of Bartok Airways - a company with dubious motives, and Peter Mensah (300, Spartacus, True Blood, Avatar), who will most certainly lend striking presence to the story as Levi Hall, a senior investigator.

With such a rich and experienced cast, the viewer’s journey through this series will truly pull them in all directions. It’s easy to see Panjabi’s talent these days, but a decade ago, she was told by a Los Angeles talent agent that an Indian woman could never make it in Hollywood. Well, with a belt of acclaimed shows and an Emmy on her shelf, Panjabi has certainly proven them wrong, as she was recently invited to join the Academy - the elite Hollywood group that votes on the Oscars.

And it’s not surprising to learn that Christopher Plummer, with his nomination for All the Money in the World, has become the oldest to ever do so in an acting category, at the age of 88. Feel all of that amazing vintage performance when you take flight with Departure.

Interestingly, on top of director Scott, two other actors in Departure are also Star Trek alumni. Plummer has voiced for some video games from the brand, and also was in Star Trek VI: The Undiscovered Country. The other is Shazad Latif, who was in Star Trek: Discovery and plays a passenger's boyfriend. 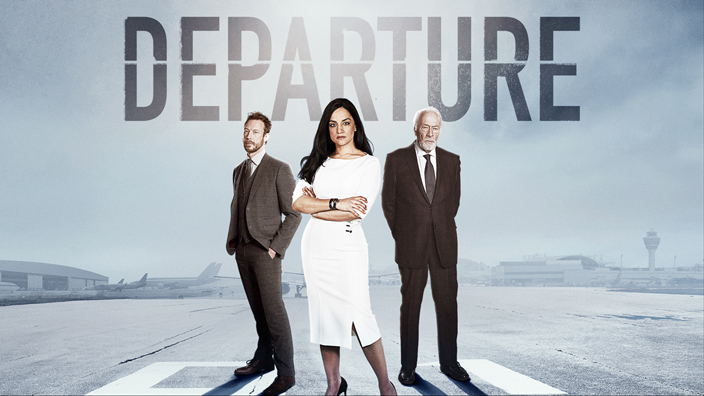