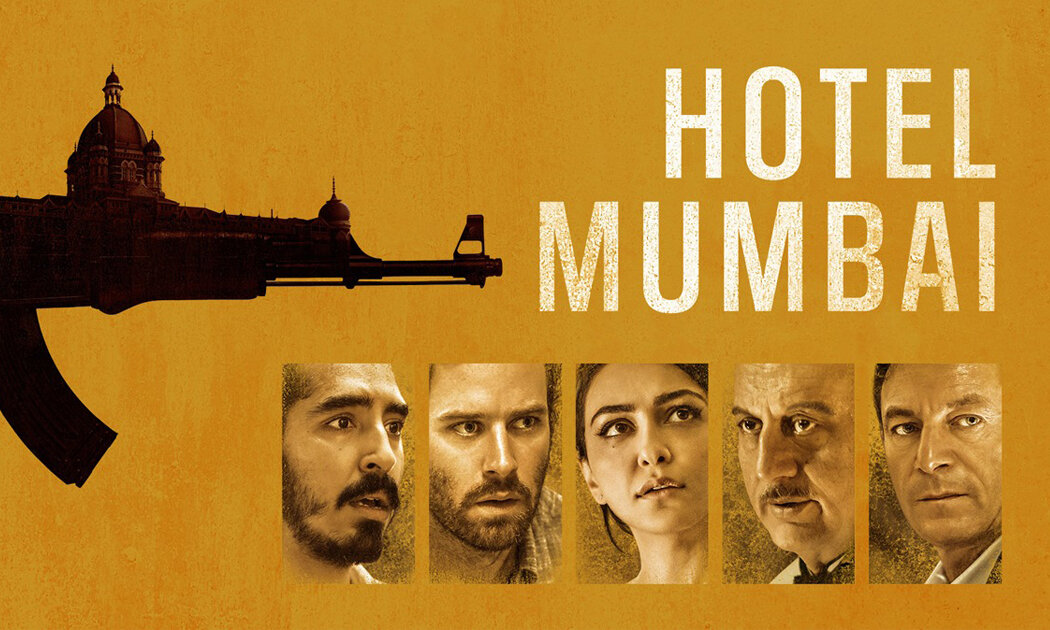 Before Covid-19, there were two other big global issues that we faced. One was climate change, the other - terrorism.

After the events of 9/11, acts of terrorism became more prominent, not only as a topic but also in its frequency. What started as an act from religious fundamentalist groups soon triggered other retaliatory actions from western factions. The reasons were many. For God and glory. For family and fame. For money or status. But really, the fuel that drives these horrifying acts were always about hate.

One such recent example happened in Mumbai, India, in 2008. In the evening of 26 November, ten Pakistani men believed to be linked to the terrorist group Lashkar-e-Tayyiba, attacked multiple locations in the city in a coordinated effort. Armed with assault rifles and grenades, the group targeted a variety of crowded spots, which included locations such as Chhatrapati Shivaji Terminus (CST train station), Cama and Albless Hospital, Leopold Cafe, a Jewish community centre, and two luxury hotels. One of which was the Taj Mahal Palace Hotel.

With its iconic heritage and outstanding real-life accounts of heroic staff action, director Anthony Maras chose “the Taj” as the setting for his storytelling core, in the gripping thriller Hotel Mumbai. In the terrifying retelling of the tragic series of events that took place, where 31 lost their lives (more than 170 for the city) but hundreds more were saved, he chose to focus on the valiant efforts of the hotel staff, most of whom stayed behind to protect their guests. Starring Dev Patel and Armie Hammer as a waiter and guest respectively, Hotel Mumbai recreates the events of the day in all its brutality, but more importantly, bravery in the face of terror.

So how much of it was true to life? Let’s take a look.

While not entirely filmed at the actual locations - the Taj is a fully-functioning hotel after all - the movie recreated the reality with vivid detail. The kitchen and side scenes of the hotel were filmed in a disused luxury hotel in Mumbai itself. For other interior scenes, the crew produced stunning sets that came to life with the help of seamless CGI, including the exceptional pink dome the hotel is known for.

If you’re looking for more authenticity, you’ll find that the exterior shots were of the real hotel. And scenes at the CST train station and even the opening where the gunmen docked at a small fishing village were all true to fact. It certainly adds a layer that hits home, especially when juxtaposed with archive clips from the actual event. 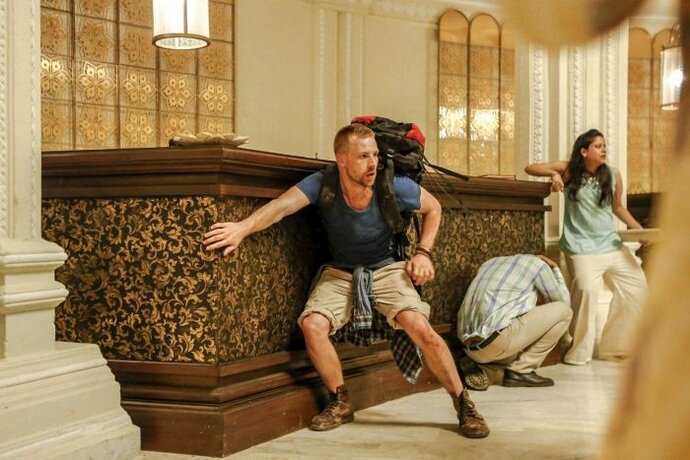 Played by Dev Patel, Arjun is the bright but struggling staff of the Taj who volunteers again and again to save guests from their predicament, often putting himself in danger. In actuality, Arjun is a mesh of two real-life people - an actual quick-thinking waiter and an unarmed security guard.

That said, most of his actions were recreations of actual events that took place within, including turning off the restaurant lights to not draw attention, and leading two members of the police force to the CCTV room. So while fictional characters were used, the proceedings were very much true.

Three other main guest characters; David played by Hammer, his Muslim wife Zahra (Nazanin Boniadi), and Russian businessman Vasili (Jason Isaacs), were also amalgamated characters. While they didn’t actually exist, their ordeals were drawn by fragments of real-life accounts from actual guests, including a nanny and her baby charge.

Director Maras explained that this was done to protect the privacy of individuals, given the sensitivity of the theme - something we can easily understand. So what you’re getting is truth, but condensed into a few actors. 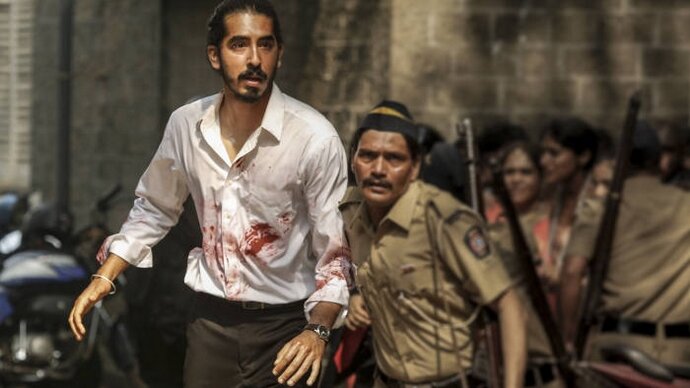 One key character was played out almost true to life though, and that was the part of the Head Chef, played by Anupam Kher. Chef Hemant Oberoi, with the help of his staff (some of whom perished in gunfire) played a pivotal part in saving about 150 guests. With his keen knowledge of the hotel layout and finesse at leading, he took charge even when he could have easily fled through nearby exits, and organised the staff to guide the guests to safety.

Having survived the attacks himself, Chef Oberoi helped with the reconstruction of the restaurants, but has since gone on to run his own series of restaurants worldwide - his incredible bravery a legacy in his country. 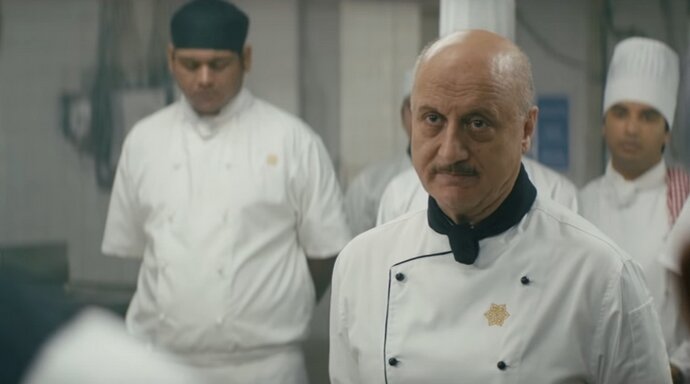 While the film portrayed the events to have happened in a matter of hours overnight, the real tragedy actually stretched over a harrowing three days and two nights.

Throughout the entire period, the terrorists launched a continual rampage through the hotel, gunning down guests and staff alike, as well as bombing and setting fire to many areas. All the elaborate planning was made possible by the efforts of mastermind “the Bull”, who allegedly was real-life Zaki-ur-Rehman Lakhvi, as well as the scouting done by Pakistani-American David Headly.

The four gunmen assigned to the hotel stalked the hotel for hostages and victims during the 3 days, and hotel staff constantly kept vigilance to keep guests safe. This united and arduous ordeal was shortened for better pacing in the film, but nonetheless is dramatised with all its essential incidents.

The siege finally ended on the morning of  29 November, when Special Forces from Delhi and counter-terrorism operatives stormed the building and killed all the Pakistani gang. 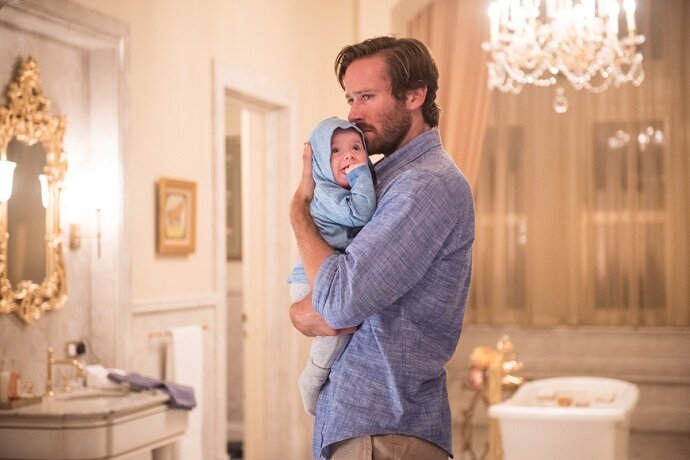 TRUE: MOST OF THE PROCEEDINGS

While some of the characters might have been condensed, much of what happened was very true. Hotel Mumbai showed how the hotel staff each did their part to safeguard guests from the terrorists, and each of their most valiant efforts were reproduced.

Some of the stairway scenes were based on the actions of head waiter Varghese Thomas who remained at the back, while Bob Nicholls, a South African security expert and his team armed themselves with cleavers and guided 120 out to safety. Some instances such as the staff forming a human wall around guests were not portrayed, but Hotel Mumbai nonetheless showed through the main characters of Arjun and Hemant, the Taj’s staff’s incredible dedication.

Out of the many who stayed behind, 15 were killed, including Varghese.

For the terrorists, their speeches were rendered from court transcripts and satellite phone recordings between the members, which adds an extra chill when they kill for their cause. But in Hotel Mumbai, it’s a necessary look into the motivations behind such atrocities. 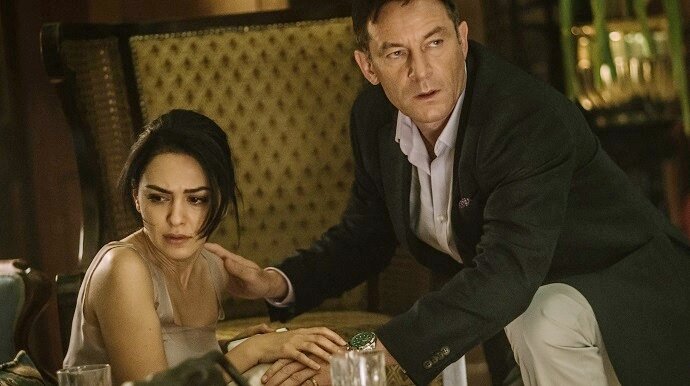 Over a decade later, you wouldn’t guess that the present-day Taj Mahal Palace Hotel was site to such bloodshed. Two years after the attacks, the hotel reopened in 2010, and even invited surviving guests to return for a heartfelt reopening ceremony.

The Taj Hotels also set up a trust fund to provide aid and relief to all families of the victims, and a minimalistic monument stands near the entrance to remember them by.

Other than visiting the site, one can witness the incredible bravery and selflessness of the staff in Hotel Mumbai, and better understand how we can rally against extremist behaviour, and emerge golden. 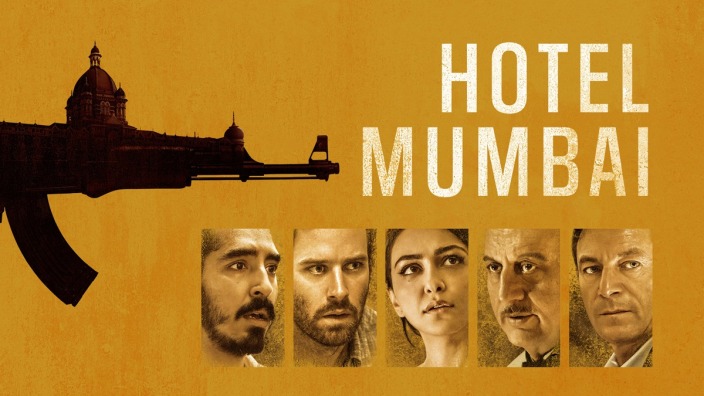