Actors and auditions go hand in hand, except if you are an A-lister, which may then mean you get to bypass the normal audition route that the rest take. Auditions for coveted roles may often mean a gruelling process, especially for up-and-comers yearning to make an impression. In the upcoming Mulan, director Niki Caro shared that for the casting of the titular character, she needed someone who could deliver both the physical and emotional aspects of Hua Mulan, and found the perfect combination in actress Liu Yifei, who aced her audition.

She shared that Liu impressed her, especially when she jumped into the audition right after her flight in from Beijing to the US, fighting jetlag. “She did this gruelling audition and then we sent her straight to the physical trainer to do an equally gruelling physical assessment. Weights, push-ups, pull-ups, everything. She was brilliant in the dramatic part of the audition, and in the physical part, she never stopped, never faulted. I knew at the end of that day that I’d found my warrior.”

When even Martin Scorsese is impressed, you know you’ve hit the mark. Robbie had her first major role in 2013’s The Wolf of Wall Street, and made quite an impression not just on Scorsese, but on its star Leonardo DiCaprio. The Australian actress went completely off-script, giving DiCaprio a “thunderclap of a slap on the face”.

She clinched the role in that first meeting with the Scorsese. According to Robbie, she knew she had to do something dramatic to impress the decision-makers in the room. She shared with Harper’s Bazaar, “In my head, I was like: 'You have literally 30 seconds left in this room and if you don't do something impressive nothing will ever come of it.” It wasn’t the only dramatic audition that Robbie had been in. For her audition for Focus with Will Smith, she had to cut short a backpacking trip on an island off Croatia. After spending a day out swimming, she went back to her hostel room and found her phone bursting with messages about an audition with Smith. She grabbed her stuff, jumped onto a plane and rushed to New York. By then, she had been waiting 12 hours at two different airports and her luggage had gotten lost, within a span of 50 hours. All this and she found out that Smith was late. When Smith apologises for being late and said that he was coming from Queens, Margot replied. ‘Yeah? Well, I just came from an island off Croatia and I’m here on time.” That’s how you get a role, Margot Robbie-style. Did you know that Chris Hemsworth was not the first choice to play Thor? It was a different actor that caught director Kenneth Branagh’s eye. Liam Hemsworth was one of the final five guys that were up for the part of the God of Thunder. In the end, none of the five got the role, as the casting directors were still in doubt. And Chris got his manager to thank. He suggested Chris to the casting directors and they gave him a second chance after he bombed his initial audition. And the rest, as they say, is history. Can you imagine anyone else playing the Norse god? Speaking of Thor, did you know that Tom Hiddleston also auditioned to play Thor? Hiddleston shared that the brief for the Thor part was someone who was over six feet tall and blonde, so he auditioned. Thank goodness he did, because Kenneth Branagh saw something in Hiddleston. Despite not auditioning for Loki, he got the part. And playing Loki has hurtled Hiddleston into superstardom.

It’s hard to imagine anyone else playing the role of Han Solo (back in the day), it’s even harder to imagine that the role was offered to someone who was not even auditioning for it! Back when the casting for the Star Wars’ A New Hope movie, Ford was hired to do readings for those auditioning for the roles of Luke and Leia. There were five final actors up for playing Luke and Leia, but only four for Han Solo. Ford was asked to join in the actors up for Han to make up the numbers. He didn’t even realised that he was considered for the part until he was offered. And look at what happened. The role turned out to be one of the most iconic roles and one that made Ford a star. Can you imagine a time when Meryl Streep was snubbed? We can’t either, except that it did happen. When she was just 27 and a struggling actress in New York City, Streep auditioned for Dino De Laurentiis’s remake of King Kong. However, it was not Streep’s lack of acting skill that the Italian director had issue with- it was her looks. He commented in Italian, right in front of her that she was ugly, completely unaware that Streep speaks fluent Italian. The movie bombed, but Streep’s career took off like no other. 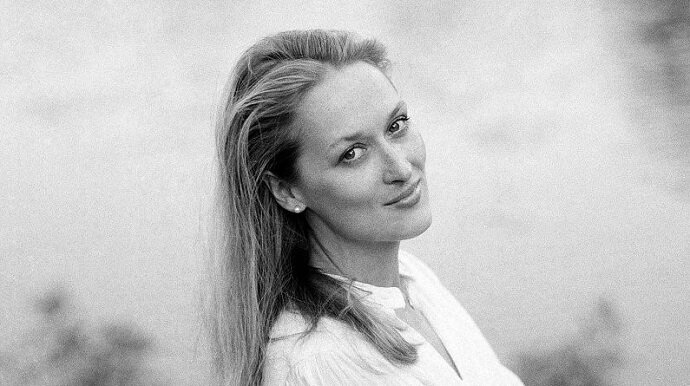 We know her as the pervy, sex-crazed Fleabag and the writer for the award-winning series, Killing Eve. Did you know that Waller-Bridge is also part of the Star Wars Universe? That’s right, she starred with Emilia Clarke and Alden Ehrenreich in Solo: A Star Wars Story. But if you don’t recall seeing her, it was because she didn’t play a human, but a droid named L3-37. When she got the audition, she wasn’t quite sure what the word droid meant. A quick check on Google was inconclusive for her, and when she jumped into a cab on the way to her audition, she called upon the cab driver for help. As clueless as her, the cabbie actually called his entire family for help, and it all turned out fruitless.

The actress decided to just go with it and played the role like a sassy lass, thinking that if it was a role up for an audition, it had to be human. After her first round, the casting director told her she did well and asked her to do the scene again, but this time more “droidy”. She was in a bit of a fix, wondering what to do when she saw the casting director’s hand came up to do a robot pose. She instantly switched to being all robot-like. In the end, the sassy human-like performance was the one they went with. And she thanked her ignorance for landing that role.

Being an enormous Star Wars fan, Redmayne answered the audition call for a big, bad villain in the new Star Wars movie- The Force Awakens. The role was for Kylo Ren, but as the script was shrouded in layers of secrecy, Redmayne wasn’t given actual lines to read. What they did give him was a scene from Pride and Prejudice, and informed him he was up for the role of a baddie. He went with an impersonation of Darth Vader, which didn’t quite fit the bill. Needless to say, he didn’t get the job, which he was bummed out about. But hey, he has an Oscar instead, so we’re sure it’s all good.