Meet the Characters of Birds of Prey Have you heard the one about the cop, the songbird, the psycho and the mafia princess? You’ll get acquainted with this ragtag bunch in Birds of Prey, based on the DC Comics series of the same name.

The DC films are in an interesting place now – the DC Extended Universe (DCEU), comprising films like Man of Steel, Batman v Superman and Suicide Squad, is generally considered less successful than the competition, the Marvel Cinematic Universe. However, that’s not to say that DC doesn’t have ardent fans and that its characters and stories have not become pop culture phenomena. Last year’s Joker, a standalone film which exists outside the DCEU, was a hit. Moving forward, films like Birds of Prey, Wonder Woman 1984 and the upcoming sequels to Shazam!, Suicide Squad and Aquaman will not maintain the tight continuity within the DCEU that was initially planned, but will ostensibly still exist within that larger framework, with director Cathy Yan describing Birds of Prey as taking place in a “parallel timeline”. 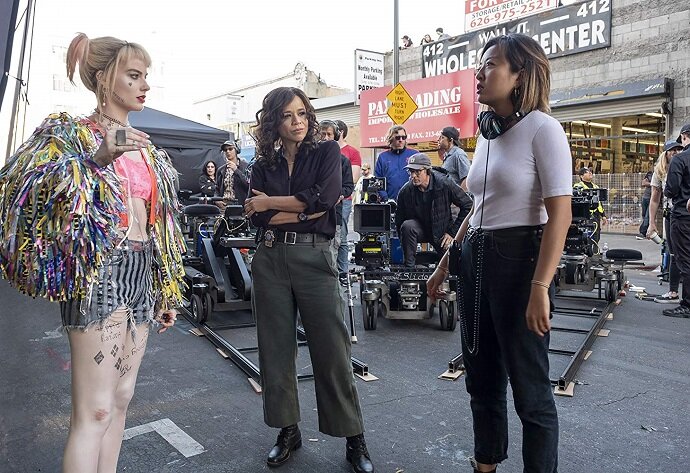 With Yan at the helm, Birds of Prey (and the Fantabulous Emancipation of One Harley Quinn) is the first comic book movie to be directed by an Asian woman, and the first of four major 2020 comic book movies to be directed by women (the other two are Wonder Woman 1984 by Patty Jenkins, Black Widow by Cate Shortland and The Eternals by Chloé Zhao). It’s apt considering that the Birds of Prey line-up in the comics is usually comprised entirely or mostly of women. Before watching the film, get to know the colourful, deadly denizens of Gotham City who feature in Birds of Prey. 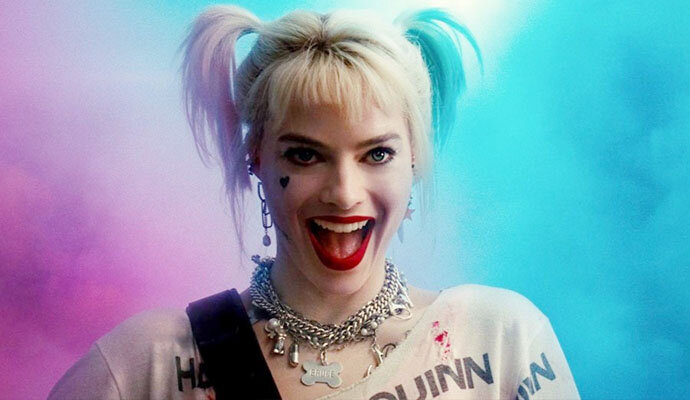 The psychiatrist-turned-supervillainess was the breakout star of Suicide Squad. In recent years, Harley Quinn has enjoyed a boost in popularity. The character was created in 1992 for Batman: The Animated Series and has since become a mainstay in the comics and other media. In Suicide Squad, Robbie appeared opposite Jared Leto’s Joker. The Joker manipulated Harley Quinn into being obsessed with him, but in Birds of Prey, they have broken up – possibly for good. Robbie told Collider that she wanted to explore “the version of Harley out of a relationship, and whether she’s out of the relationship on her own accord or if he kind of kicked her to the curb.” Harley is not typically a member of the Birds of Prey team in the comics and Robbie described her as the narrator of the team’s collective origin story – “a very unreliable, erratic narrator”.

Speaking to Variety, screenwriter Christina Hodson said of Robbie’s vision, “She really wanted to see Harley with girlfriends, Harley in a girl gang. Harley is such a naturally sociable character. And I think there was just a general longing to see girls together on screen - women being friends.” Beyond starring as Harley Quinn, the Oscar-nominated Robbie is a producer on the film through her company LuckyChap Entertainment and was a driving force in getting Birds of Prey made. 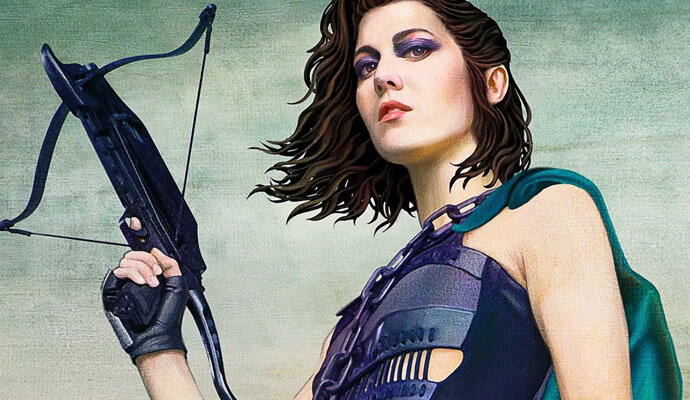 Unlike Harley Quinn, the Huntress is a mainstay of the Birds of Prey line-up in the comics. Helena Bertinelli is the daughter of mobster Franco Bertinelli, and after witnessing the brutal murder of her family by a rival gang as a child, swears to put an end to the mafia, becoming a vigilante. She even briefly took on the mantle of Batgirl. Huntress’ weapon of choice is a crossbow and she knows how to use it. Winstead told Glamour magazine that playing the character has been “incredibly therapeutic,” adding “The thing that Cathy [Yan] would always shout to me before we would get into a fight scene, was, ‘Mary, feminine rage!’” Despite Huntress’ violent tendencies, the character is still “weird, funny and awkward,” as Winstead told The Wrap. She further described Huntress as “this girl who grew up training to be an assassin and didn’t ever have friends, and doesn’t know how to fit in socially, and doesn’t really know anything other than how to kill.” 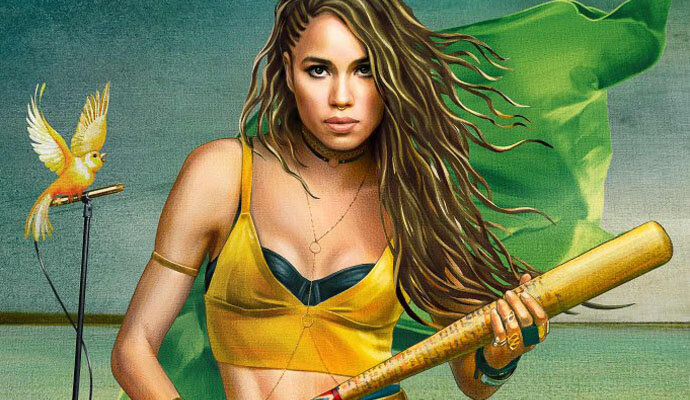 An expert martial artist with the superpower of hypersonic screams, Dinah Lance works as a singer in the Black Mask Club by night and is a vigilante the rest of the time. In the comics, the character is closely associated with Oliver Queen/Green Arrow, whom she ends up marrying. Smollett-Bell describes the character we see in Birds of Prey as “Black Canary before she actually becomes Black Canary,” telling Marie Claire that “she struggles with the fact that she has a gift that she doesn't want to own,” something the actress found relatable. To prepare to play Black Canary, whom Smollet-Bell calls “one of the dopest street fighters in DC,” the actress trained extensively with the 87eleven Action Design stunt team, founded by John Wick directors David Leitch and Chad Stahelski. “I'm that obsessive actor who's like 'Throw me in, coach! I can do it,’” Smollett-Bell said. She had just given birth to her child, adding that she was “still nursing and coming off a mom bod,” saying that while training she “live in a constant state of pain!” 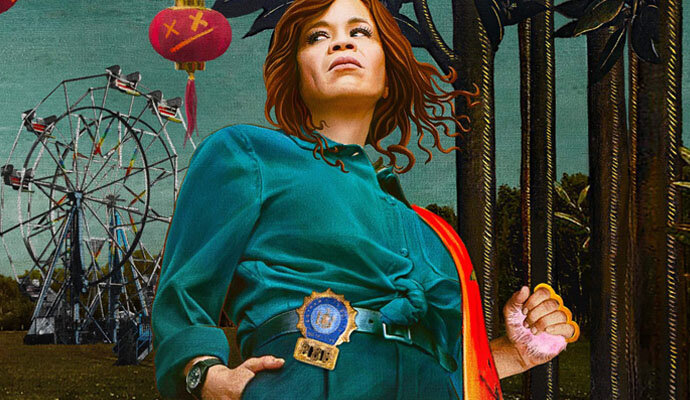 Like Harley Quinn, Renee Montoya was a character who was originally created for Batman: The Animated Series and who debuted in 1992. In the Birds of Prey movie, she is a police detective who is building a case against crime boss Roman Sionis (Ewan McGregor). In the comics, the character is discriminated against within the Gotham Police Department for being a lesbian, and eventually takes over from Vic Sage to become the masked detective The Question. Perez, a celebrity fixture at boxing matches who has become known as ‘the First Lady of boxing’, used a boxing metaphor to describe Robbie. Perez called Robbie her “corner” after Robbie reassured and comforted her when Perez suffered a knee injury while filming a fight scene with Robbie. “After over 30 years of dancing, choreographing and doing martial arts, I thought my body was done. I was a bit panicked about it and on my first training day the meniscus disc in my knee tore,” Perez told Glamour. The 55-year-old was not about to let age get in her way, revealing that the role was intended for someone much younger. “I'm not an ageing fighter that you're going to put out to pasture,” Perez declared, proclaiming “You have to take charge and you have to try.” 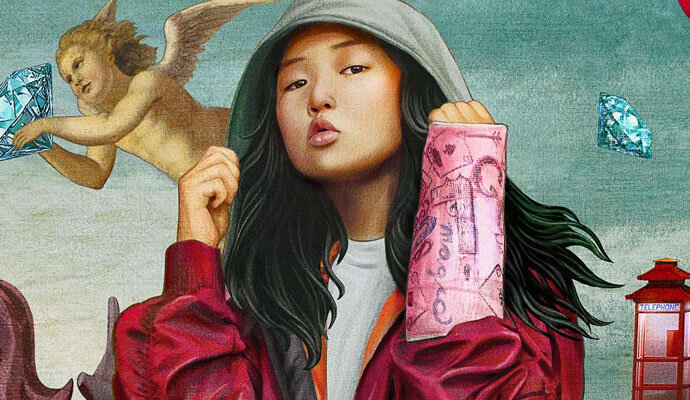 The character who deviates the most in the film from how they’re portrayed in the comics is probably Cassandra Cain. In the comics, Cain is the daughter of two assassins, raised to become an assassin herself and suffering from intense trauma that has rendered her mute. A member of the Batman family, she eventually becomes Batgirl and later takes on the identities of Black Bat and Orphan. Robbie said that she and writer Hodson “wanted to pay homage to a few things, but, Leon: The Professional was one of them,” with Cassandra Cain as the Mathilda analogue.

13-year-old Basco went in five times during the audition process before clinching the role. Basco, who is the niece of actors Dion and Dante Basco, has appeared in TV shows including Grey’s Anatomy and Veep. Basco was starstruck when she first met Robbie, saying she was “just freaking out.” Speaking to A Book Of, Basco called Robbie “a phenomenal mentor and leader” and “the ultimate professional and takes charge like a boss.” It wasn’t all serious business though, as Basco added that she and Robbie would rap to Cardi B on set. 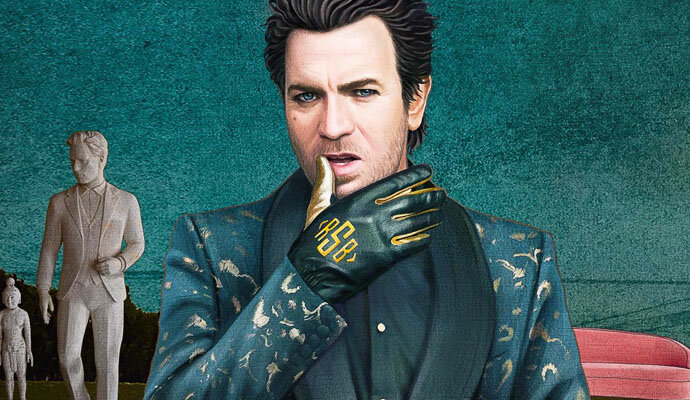 The main villain of the piece is the unhinged crime boss and nightclub proprietor Roman Sionis, who in the comics eventually gets a mask permanently burned onto his face, becoming Black Mask – something that might just happen by the end of Birds of Prey. In this film, young Cassandra Cain steals a priceless diamond from Sionis, with Harley and company protecting her from his clutches. “What interested me with Birds of Prey is that it’s a feminist film,” McGregor told French magazine Première, calling Hodson’s screenplay “very finely written.” McGregor opined that the movie offers “a real look on misogyny,” adding that he thinks men need to see this examined in mainstream movies. In an interview with Men’s Journal, McGregor further described Sionis as “an absolute narcissist…who has a skin this thin and wants nothing more than to be the centre of attention.” There has been fan speculation that the character is gay and that his lover is his right-hand man Victor Zsasz (Chris Messina), who scars his body to keep track of the people he has killed.