Just like that, we are closing in on 2020. 2019 has been a great year for movies. We saw technological marvels, mammoth box office takings and the end of a couple of eras (Marvel and Star Wars). Let’s take a look at the biggest movie events of 2019.

Avengers: Endgame Is the Biggest Movie of All Time

For ten years, Avatar held the spot at the top of the Box Office takings. Avengers: Endgame dethroned it with a staggering USD2.797 billion in total, beating Avatar by USD8 million. No one is surprised at this, it was frankly a matter of time. The last movie in this Marvel chapter was no less than epic. The question is, will the new Avatar movies make a run for the throne again?

Joker is the First R-rated movie to hit USD1 Billion

From the moment we saw the first Joker trailer, we knew that director Todd Phillips has something special on his hands. Joaquin Phoenix gave such a raw, gripping performance of a broken man turned villain that tugs at our heartstrings, pulling in over USD1 billion in box office takings. First, it wasn’t going to go through, then it did. Just like that, Disney now has another gamut of movies under its belt, most notably, the X-Men and Fantastic Four. Could they be potentially included into the Marvel Cinematic Universe (MCU)? We could only hope. Beyond that, we also look forward to franchises such as Alien and Planet of the Apes.

The Koreans strike big with Parasite, a black comedy thriller, which follows a family who schemes to become employees of a wealthy family by posing as highly-qualified professionals. It received widespread critical acclaim and grossed USD124 million worldwide. It held its world premiere at the 2019 Cannes Film Festival and became the first Korean movie to win the Palm d’Or award. Not only that, it was also the first movie to do so with a unanimous vote since Blue Is the Warmest Color in 2013. The MCU Ends its Infinity Saga

It started with Iron Man in 2008. After 11 years and 22 movies later, the MCU finishes with a flourish in 2019. The Infinity Saga sees three movie releases this year- Captain Marvel, Avengers: Endgame and Spider-Man: Far From Home, each playing its part to close out Phase Three of the MCU. While we see some Avengers retire with this end (Iron Man, Captain America), we also see the rise of others, such as the all-powerful Captain Marvel. MCU is by no means finished with churning out superhero movies. We can’t wait for Phase Four to begin.

Although he didn’t stop acting altogether, he did pretty much disappear from the acting scene for a few years. This year, Pitt doesn’t just have one, but two blockbusters- Once Upon a Time in Hollywood and Ad Astra. Both feature Pitt in leading roles, first as a stuntman, and then as an astronaut. More, please. 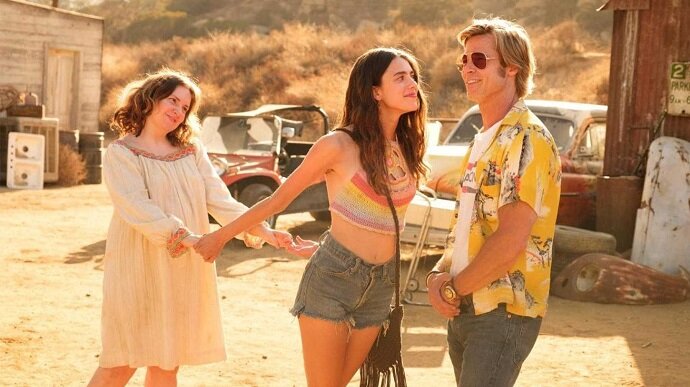 If there is one year for franchises, 2019 is it. If there’s a year franchises fail to rise to their occasions, 2019 is also the year. Men in Black: International, The Lego Movie 2: The Second Part, X-Men: Dark Phoenix, Godzilla: King of the Monsters, Hellboy, Terminator: Dark Fate and Charlie’s Angels are all lacklustre sequels and reboots, performing below expectations. Please stop churning out failed reboots and sequels!

The End of the Skywalker Saga

What started off in 1977 will end in 2019. Star Wars: A New Hope was a modest film that ballooned to epic proportions, and deservedly so. The story of Luke Skywalker and his dysfunctional family will come to an end with this month’s Star Wars: The Rise of Skywalker. Over the years, Star Wars movies and TV series have expanded the vast Star Wars universe on screen and with the latest movie, we will probably not see the end of the Republic, but definitely the last of the Skywalker family. And this had better be good. That’s not surprising, since Disney is now such a movie mammoth, between its own properties, Marvel and more. But what is stunning is that the studio makes almost USD10 billion, and that’s before the release of Star Wars: The Rise of Skywalker. In early December, six of the top 10 films in 2019 belonged to Disney, with Endgame alone raking in almost USD3 billion.

If there’s a year that we see a lot of stars getting younger, it’s 2019. In recent years, there were movies that de-age stars, such as Jeff Bridges in Tron, Johnny Depp in Pirates of the Caribbean 5 and Kurt Russel in Guardians of the Galaxy Vol 2. But this year takes the cake, bringing beginning-to-end de-aged versions of Samuel L Jackson in Captain Marvel, Al Pacino in Irishman, Will Smith in Gemini Man and the kids of It: Chapter Two in flashbacks. Having the technology so well-honed only means one thing, we can look forward to many more movies that de-age stars, opening a whole new world of possibilities.