Underrated Movies from 2019 You Don't Want to Miss 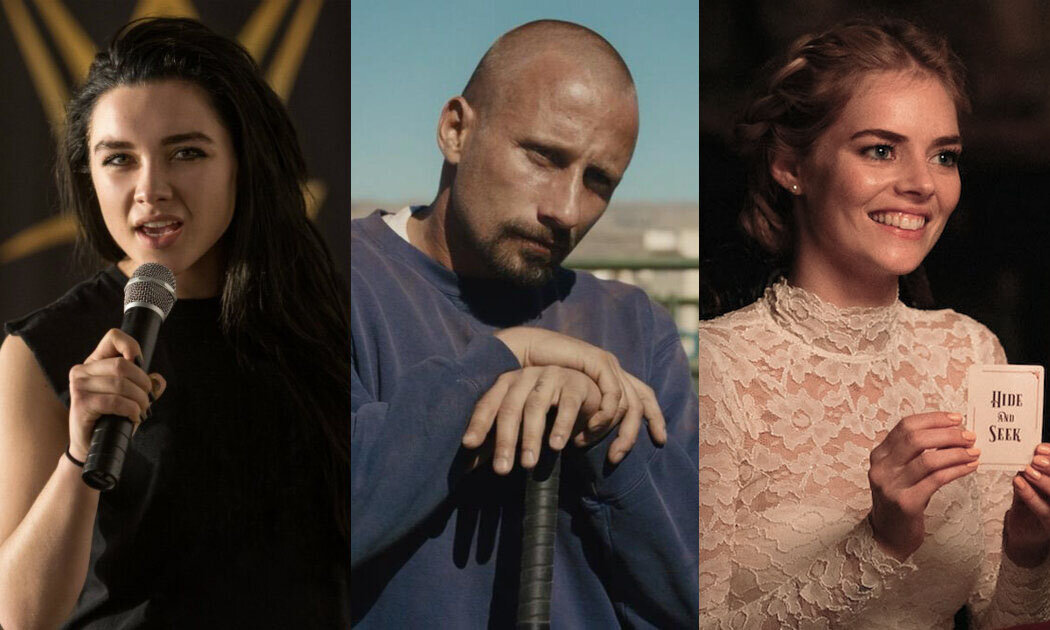 Hundreds of films are released each year, and this number has only grown given the proliferation of streaming platforms. Oftentimes, some movies pass even the biggest movie buff by. There are smaller films that get positive buzz, which viewers don’t quite get around to watching at first but might discover later. Here are six underrated movies from the year 2019 to check out and tell your friends, be they casual moviegoers or cinephiles, all about. 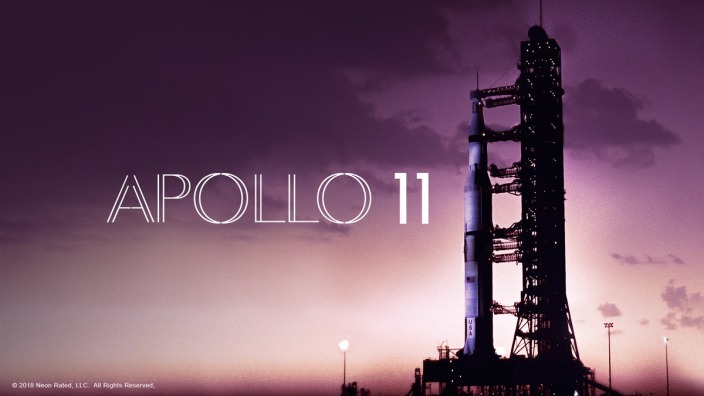 2019 marks the 50th anniversary of the Apollo 11 moon landing. Mankind’s race to set foot on the moon has inspired many narrative films, documentaries and TV shows. While the Apollo 11 mission manned by Buzz Aldrin, Neil Armstrong, and Michael Collins has been well-documented, there are still things to discover about this monumental journey. Unlike a typical documentary film, Apollo 11 does not contain interviews, voiceover narration or re-enactments. The film comprises previously unreleased archival footage shot in 70 mm, unearthed via a joint effort between the production team, NASA, and the National Archives and Records Administration. The production team combed through astronomical amounts of video, photo and audio data from the mission, making high-resolution digital scans of this material to create this film. Apollo 11 is directed by Todd Douglas Miller, who previously made the film Dinosaur 13, about the discovery of and battle over the largest T. rex fossil skeleton ever found. The history of cinema has given us no shortage of stirring, inspirational films about horses and the bond they form with human beings. The Mustang, directed by Laure de Clermont-Tonnerre, joins those ranks. Matthias Schoenaerts stars as Roman Coleman, a convict incarcerated on domestic violence charges. He has previously been resistant to various attempts at rehabilitation and reintegration into society, but a training program that pairs prisoners with wild mustangs seems to reach Roman the way previous programs were unable to. The Mustang also stars multiple Oscar-nominated actor Bruce Dern as rancher Myles. The plot of the film was inspired by the Northern Nevada Correctional Centre/Stewart Conservation Camp Saddle Horse and Burro Training Program, a real-life initiative in which inmates train wild horses before the horses are put up for auction. The Mustang was filmed on location at the Nevada State Prison in Carson City, which closed in 2012.

Judy Garland, the iconic entertainer who starred as Dorothy in The Wizard of Oz, remains a compelling and tragic figure decades after her death in 1969. The documentary Sid & Judy focuses on the relationship between Garland and her third of five husbands, Sid Luft. Luft was Garland’s long-time manager and co-produced the 1954 version of A Star is Born, which served as a comeback vehicle for Garland. Actor Jon Hamm gives voice to Luft’s personal recollections, with Jennifer Jason Leigh voicing Garland. The film includes rare concert footage and phone conversations between Luft and showbusiness executives of the time. Sid and Judy also shines a light on Garland’s early days in Vaudevillian theatre, how she was exploited by predatory business managers, her painful struggle with substance abuse, and her friendship with John F. Kennedy.

Fighting with My Family 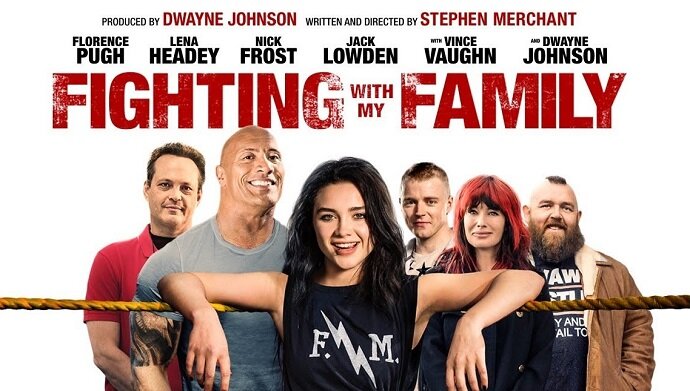 A biopic is not necessarily what one might expect from WWE Films, but the story of wrestler Paige is one worth telling. Both funny and emotional, Fighting with My Family tells the true story of Paige’s journey from the English town of Norwich to the Wrestlemania ring. Breakout star Florence Pugh of Midsommar and Marvel’s upcoming Black Widow movie plays Paige, whose real name is Saraya-Jade Bevis. Paige comes from a wrestling family, with Nick Frost and Lena Headey playing her parents and Jack Lowden playing her brother Zak. Like Paige, Zak had dreams of joining the WWE, but was rejected while his sister was accepted. The film is written and directed by English comedian Stephen Merchant, who brings a quirky family comedy sensibility to the film and combines it with the inspirational sports movie formula. Look out for Dwayne Johnson making a cameo appearance as himself. 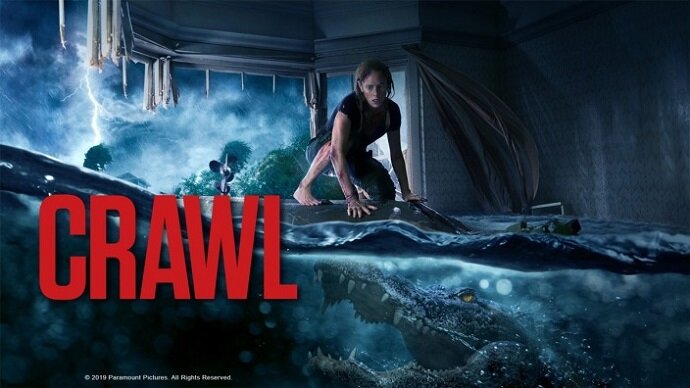 A young woman, her father and their dog are menaced by a raft of alligators in this natural horror film. Kaya Scodelario stars as Haley Keller, who is on the University of Florida swim team. Worried about her father Dave (Barry Pepper) after he doesn’t answer her calls, Haley drives to their family home in Coral Lake, which has been hit by a Category 5 hurricane. Large, ravenous alligators swim into the crawl space of the rapidly flooding house, blocking Haley and her father’s escape. Crawl is directed by Alexandre Aja, known for horror films like The Hills Have Eyes (2006) and Piranha 3D. A small-scale thriller that boasts dedicated performances and suspenseful pulse-pounding sequences – not to mention very hungry alligators – Crawl is a throwback to Jaws-style horror movies that pit man against nature. 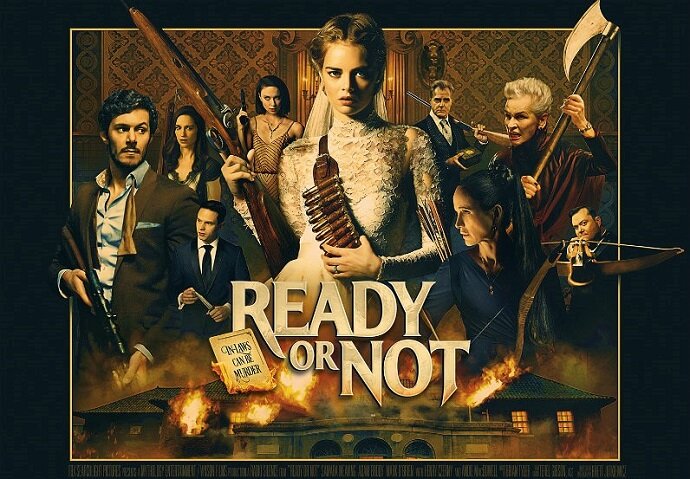 Marrying into your spouse’s family can often have its challenges, but it generally is never as harrowing as depicted in this horror comedy. Samara Weaving stars as Grace, who marries Alex Le Domas (Mark O’Brien), heir to the Le Domas sports and gaming empire. Grace is forced to participate in a bizarre ritual that involves a deadly game of hide and seek – her new husband’s family must now hunt Grace through the grounds of the family mansion and kill her before sunrise or suffer unspeakable consequences. Australian actress Weaving, who has appeared in movies like The Babysitter and Mayhem, establishes herself as a bona fide scream queen. Her star is continuing to rise, with Weaving’s upcoming projects including the highly anticipated Bill and Ted Face the Music and the GI Joe spin-off movie Snake Eyes. Ready or Not has a wicked sense of humour and is a tense, gory and enjoyable ride. Fans include Stephen King, R.L Stine and Guilllermo del Toro, who all Tweeted their praise for the movie.