The Mustang Review - An Incredible Journey Shared between Prisoner and Horse 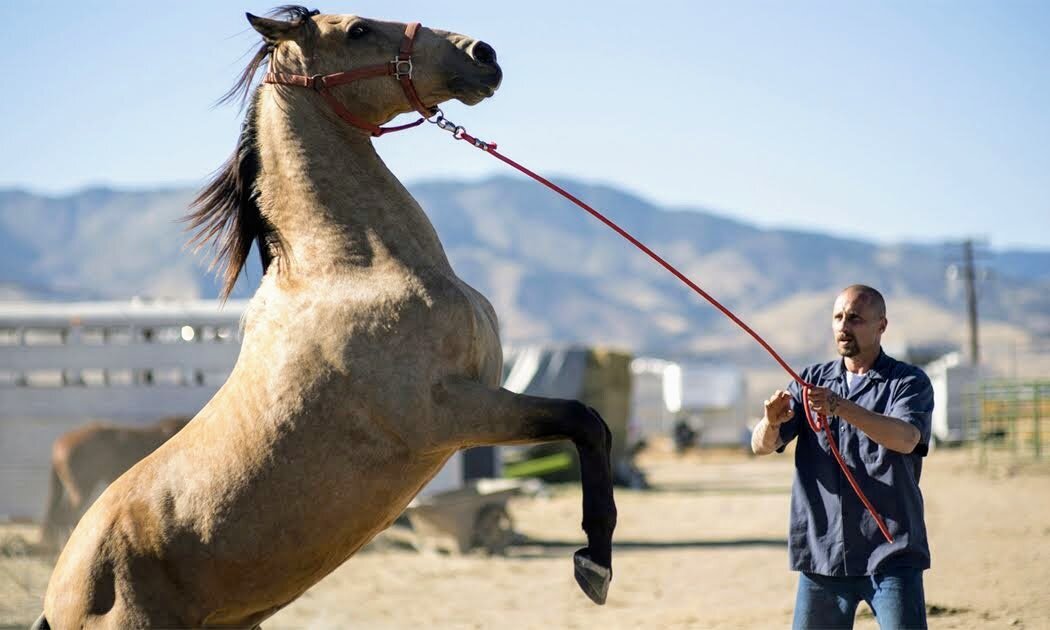 Man’s best friend is often in the form of a dog. But we know that the bond between humans and animals have been the stuff of countless inspiring stories. The connection when two creatures communicate without a shared language seems almost mystical, and it is here that we see that relationships are not built only by the words that we say, but by what we do.

Feeling every bit the weight of his actions is Roman Coleman (Matthias Schoenaerts). As an incarcerated inmate who has moved into a new jail, he quietly moves through the block, seemingly bearing the weight of the world upon him. A primary glance will think him difficult, stubborn or aggressive, and maybe he is just a little bit of all those. But the truth is he carries the guilt of one spousal argument gone wrong, with a domestic assault that left his wife disabled, and his young daughter, her sole caretaker. 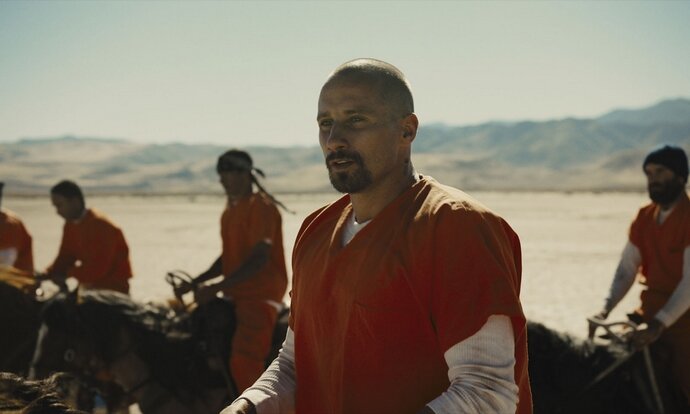 Set in rural Nevada, The Mustang is most definitely about redemption, and the unlikely places you can find it. As we follow a suppressed Roman through his routine, we see that he - in his reticence for counselling and sudden bouts of rage - is seeking his own answers and finding none. We can only imagine how he came to be this way, so long into his sentence.

As chance would have it, the facility hosts a rehabilitation programme. The film opens with information about wild mustangs today - all 100,000 of them - being threatened by an encroaching human population. In an effort to control them, some are rounded up to be held (and sometimes euthanised), while a lucky few hundred are sent into prisons like the one Roman is in, to be trained and then sold at an auction. Based on actual programmes being run in Carson City, Nevada, The Mustang is steeped in real-life theoretics. While the facility psychologist (Connie Britton) is unable to break through to Roman, the antics of a particularly difficult mustang catches the attention of our inmate. The horse kicks constantly at its shelter, and when let loose, runs endlessly away from his handlers. So of course Roman is drawn to the animal, given the parallels in temperament.

Surprisingly, that sparks the same in the animal, though not without quite a few encounters (including a brutal scene where a primal fight ensues) but director Laure de Clermont-Tonnerre gently pries each of our subjects open with tender care, and lets our pair find solace in the other.

An action or thriller this is not, but The Mustang is still rife with a simmering intensity that bears fruit, all evenly paced out to maintain interest. The delivery is a graceful arc, with levels of unfolding that takes us through the stages Roman overcomes to find salvation. Clermont-Tonnerre does this with lingering, beautiful shots, and draws out incredible performances from the entire cast. 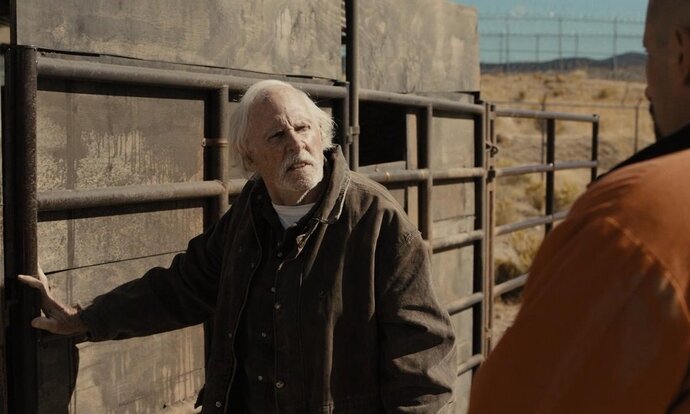 Cranky veteran trainer Myles (Bruce Dern) is hard-to-love but always with a heart-of-gold. Fellow inmate and natural-born trainer Henry (Jason Mitchell) is likeable and believable as (possibly) Roman’s only friend inside - even if he names his mustang “Marcus” when he actually means “Marquis”. The two play bad cop-good cop to guide Roman through his initial impatience, and sets up an emotional framework that remains compelling to the end. And as they sagely advice, you sometimes wonder to which creature they are referring to.

Gideon Adlon plays Martha, the young daughter who holds her frustration at bay only because she inwardly wants to repair her relationship with her dad as well. The two are separated by his inability to manage his anger and his crime, her own unhappiness at dealt an unfair hand, but ultimately by his exasperating lack of expression. Martha tries in her own ways to reach out by sharing bits of her life (even if it is to get him to sign away her grandmother’s house to raise her child), but Roman is unable to engage, lost in his guilt. 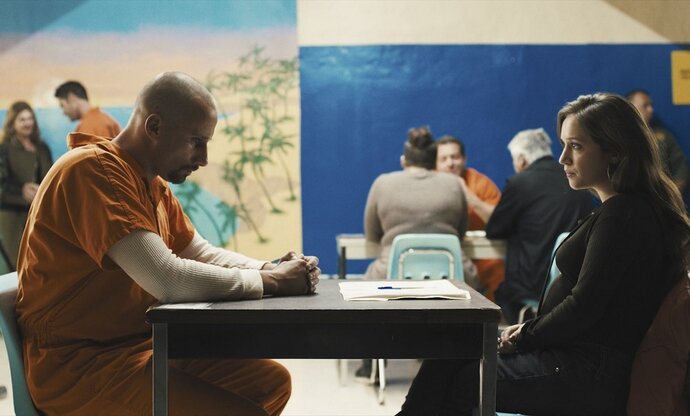 But Clermont-Tonnerre opens up each visit, much like Roman does with his mustang, allowing us to see the results of that rehabilitation. Vulnerability may not be easily shown to some, but maybe a different breed may yet coax us out of our shell. That is what the true programme is about - letting inmates find their empathy and voice once again so that they may get another chance at life. Roman’s process through both is both riveting and moving.

Much of this is also because of the performance by Schoenaerts - it is truly mesmerising. His ability to channel that intensity and turn it from aloof steel to soulful depth is amazing to watch. Like the mustang he endears himself to, the two are seen as creatures that cannot be saved or “broken”, and yet contain so much power and life that it draws in those who recognise it. The journey shared between man and horse is beautiful to witness and profoundly engaging to the psyche. This is true unbridled nature in all its glory. 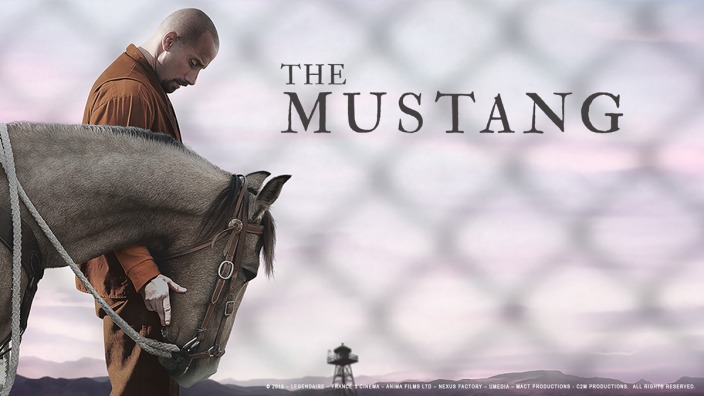