What makes a film become a cult movie? Often, it can be due to an assortment of factors: polarising reception amongst critics and viewers, an unexpected turn from actors, or even turning from a box-office failure into a post-theatrical success. With the release of Captive State, an alien invasion/political thriller… there's no better time than now than to run through some of the best modern cult films you can catch on CATCHPLAY+! There are many movies one can list to justify for the excitement over Robert Pattinson's casting as Batman… and Good Time is an excellent one. He plays Connie Nikas, a small-time bank robber desperate to raise enough money. Why? To put bail for his mentally-handicapped brother, Nick (Benny Safdie, who also pulls double duty as co-director with Josh Safdie). Armed with a confident lead performance from Pattinson and a fresh electronic score by electronic musician Oneohtrix Point Never, Good Time is a modern take on the slow-burn crime/anti-hero stories of the 70s. Yet, it feels like a fresh new spin on a familiar genre. Since the success of Drive (2011), Nicolas Winding Refn has made a habit of making really polarising movies, with both Only God Forgives (2013) and The Neon Demon (2016) receiving really mixed reviews. The film follows Elle Fanning as Jesse, an aspiring young model whose rise generates intense jealousy and fascination from her peers in the fashion world. In The Neon Demon, you have a visually slick, super stylish movie that's at-times brutal, with a particular necrophilia sequence coming in for criticism. It's also been described by critics as incoherent. A hollow, vapid visual piece, or an uncompromising critique of instant gratification? You decide. Getting booed at its initial screening at Cannes, and then receiving a 4.5-minute standing ovation at its official premiere (also at Cannes) is the definition of polarising. Personal Shopper is, without a doubt, one of the strangest films ever conceived. Best described as a supernatural-psychological thriller, the movie sees Kristen Stewart as Maureen Cartwright, a personal shopper for a supermodel. Her twin brother Lewis recently died from a heart condition, a condition shared by Maureen.

Further complicating things, both siblings were interested in spiritualism and felt they were mediums. Personal Shopper is a sexy, spooky and suspenseful movie… that juggles multiple tonal shifts and has an ending you may or may not totally understand. Jake Gyllenhaal plays dual roles as Adam and Anthony, two men who realise they're the physical doppelgangers of each other. Directed by the great Denis Villeneuve, Gyllenhaal really shows off in this tale of jealousy and sexual attraction with his portrayals of two different personas. His playful performance is the highlight of a film that often allows its tense atmosphere and tightly-constructed narrative to weave its way to the front and centre from time to time. 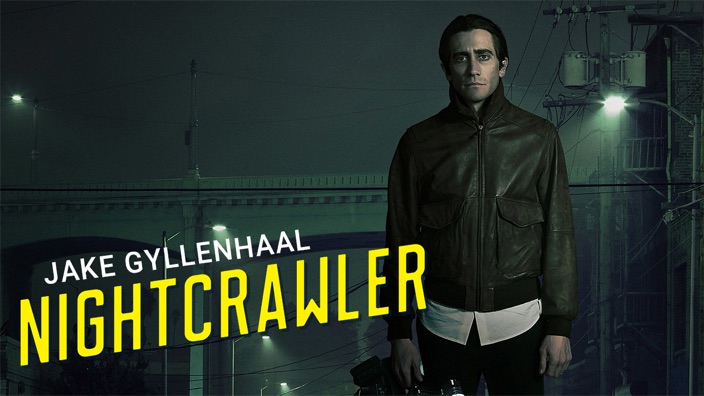 As you can probably tell, we really love us some Jake Gyllenhaal here! In this darkly satirical movie, he plays Louis Bloom, a petty thief who discovers the world of "stringers" - freelance photojournalists who trawl the city of Los Angeles. They look to record footage of the aftermath of crimes and accidents to sell to news stations. Gyllenhaal is phenomenal as Bloom, a sociopath who falls deep into an obsession with nabbing exclusives. It's a manipulative performance that grows more extreme, rising along with the amount of power the character obtains along the course of the movie. Plus, it's also the movie that provided us with all those GIFs of Gyllenhaal's creepy face!