6 Things to Know before Watching Spider-Man: Far From Home 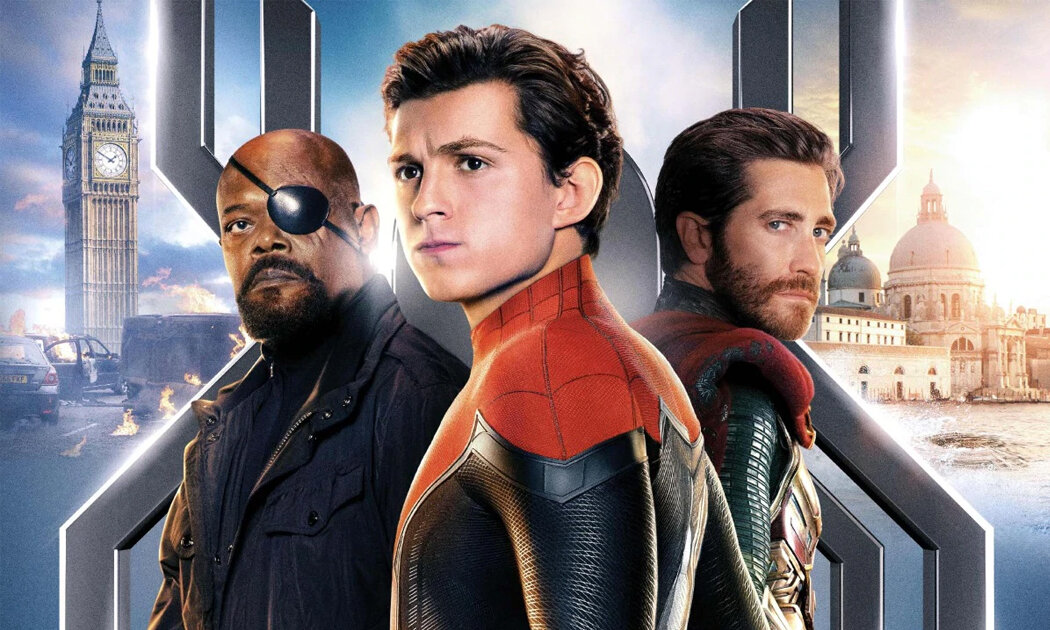 Tom Holland’s MCU Spider-Man is swinging back into cinemas. In just a short period of time, we’ve seen him introduced to fight for Team Iron Man against the likes of Captain America, Bucky and Falcon in Civil War, stop Vulture (and his then girlfriend’s dad) in Spider-Man: Homecoming, become an Avenger and take on Thanos in Infinity War, and uh… come back to life in Endgame. Lots of things have happened to Peter Parker since we last saw him in his own solo outing… so here’s a quick refresher course on everything Peter Parker is up against in Spider-Man: Far From Home. As evidenced from the trailers, much of the film takes place around various locations around Europe. Spotted so far: London, Venice, and Prague. Peter’s on a school trip with his Midtown School of Science and Technology classmates, chaperoned by the familiar Mr. Harrington (Martin Starr), and new teacher Mr. Dell (J. B. Smoove). If somehow you haven’t seen Avengers: Endgame… Tony Stark sacrifices his life to snap Thanos and his invading legion away. That cut what had been a brief reunion between Peter and Tony, with Peter tearfully seeing his mentor and father figure pass on in the most heroic of ways. As such, Peter and the rest of the world is left to mourn the loss of the armored Avenger. Thankfully, it seems that Tony’s bodyguard, Happy (Jon Favreau), is still around to guide Peter along. This time, it seems that he’s more receptive to Peter… and judging from an early trailer, he seems to be developing something with Aunt May, much to Peter’s chagrin. 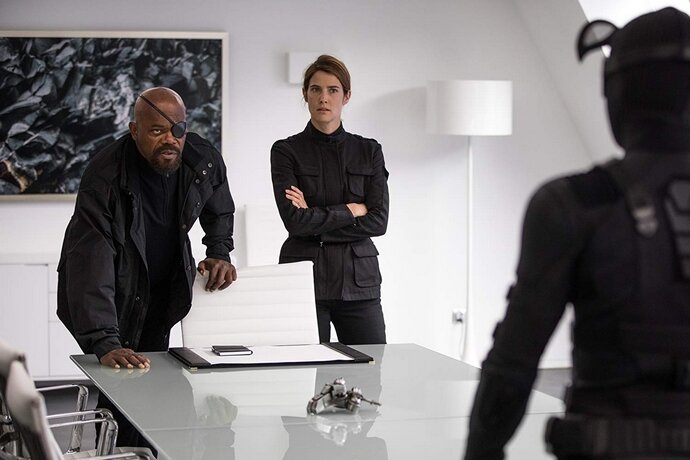 In the trailers, Happy lets Peter know that Nick Fury is looking for him. Peter elects not to take the call, which Happy immediately tells Peter is a really bad idea. By the time Fury manages to track down Peter, he’s not afraid to put a sleep dart into Ned’s neck, and let Peter know that he did not have an easy time finding Parker, and he’s not happy about it at all. Yikes!

Nick Fury looks set to fill the void of Peter’s mentor… and if Peter thought Tony dished out some tough love in Homecoming, it’s probably going to get rough with Nick Fury, who’s all about getting the job done, whatever means necessary. 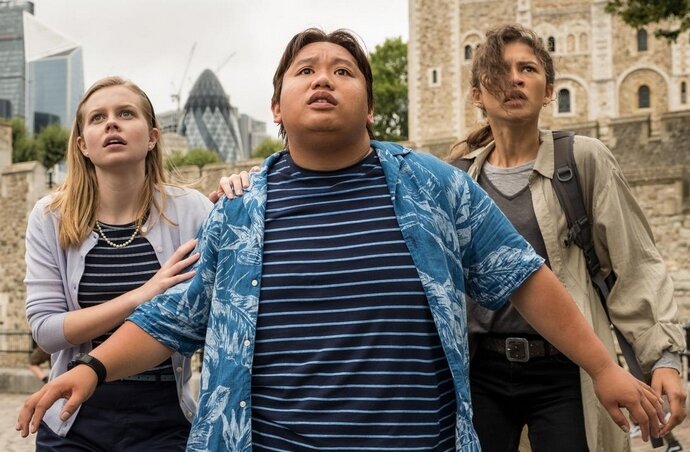 At the end of Endgame, Peter reunites with his best friend Ned Leeds (Jacob Batalon) in the halls of their high school. Forever of us were wondering… did Ned get snapped too? Apparently, yes. And so did all of the Midtown School of Science and Technology, as classmates MJ (Zendaya), Ned, Betty Brant (Angourie Rice), and Flash all feature prominently. I thought Thanos’ snap odds were 50/50. If so, this high school had all the worst luck in the world.

There’s some massive changes as well for Peter and his friends. Other than him and MJ’s growing affection for each other, it’s been revealed that Ned and Betty are together. Finding out you were turned to dust five years ago by a giant purple chin-man has got to mess with these kids’ head. Add in some relationship status changes… and oh boy. Expect some jealousy, and maybe full-blown arguments between the best friends.

5. Mysterio: Not from this world The reason Nick Fury and Maria Hill are hot on Peter’s heels are... the Elementals - based on C-list Spidey villains Hydro-Man, Molten-Man, Sandman… and it remains to be seen who’s the Air elemental. Quentin Beck AKA Mysterio (played by Jake Gyllenhaal) is said to be helping to fight these elemental monsters, who have escaped through a rift in space continuum due to the multiple snaps.

Obviously, there are two things here. The reveal of a multi-verse is both rather astounding to both Peter Parker and us, the viewers! Also, Mysterio has been portrayed as a hero and even an ally to Peter in all the promotional spots so far, but anyone who’s ever picked up a Spider-Man comic knows that he’s a villain. A master of illusion and deception, it’s entirely possible that Mysterio is behind the Elemental attacks himself… but to pull the wool over Nick Fury’s eye would be an incredible feat. We look forward to finding out what fishbowl head’s scheme is. Another prominent moment in the promotional material so far: Peter wants to tell Michelle/MJ something, and gets interrupted by her, who reveals that she’s already deduced that he’s Spider-Man.

So here’s a tally of people in Spidey’s circle who know he’s Spidey: MJ, Aunt May, Ned, Adrian Toomes/Vulture, Happy Hogan, Nick Fury, and Maria Hill. While some of those folks know his identity for work reasons, it’s still a really high number of people who know what’s supposed to be your secret identity! Please do a better job at this, Peter.