10 Spoiler-free Easter Eggs To Watch Out For in Avengers: Endgame After 11 years and 22 films, it all comes down to Endgame. What happens in the aftermath of Thanos snapping his fingers, wiping out half the population? How will the remaining Avengers avenge their fallen comrades? Are the people who turned to ash really gone? Avengers: Endgame is the culmination of over a decade of hard work, and it will come full circle. Directors Joe and Anthony Russo have been tasked to direct this juggernaut of a movie, resulting in a three-hour movie that tests our bladder endurance. Endgame, besides being the end of an era in the Marvel Cinematic Universe, also pays tribute to the 21 prior films. Here are some Easter eggs we picked up without spoilers! I Can Do This All Day

Do you remember when this was first said? When Steve Rogers was still his skinny self, he was embroiled in a brawl in a New York back alley in the 1940s. He told the bully, “I can do this all day”. Then, fast-forward to Captain America: Civil War, where the Capt said it again to Tony Stark when the Avengers were torn apart.

Now, this iconic line makes an appearance in Endgame, in a funny way. Don’t miss it.

While most of us are more than familiar with the Avengers and its supporting cast, do you know what the directors look like? Joe and Anthony Russo are brothers who have been working together for years as co-directors. And one of them makes an appearance in Endgame. Right after the Infinity War, fans were already speculating about the Avengers going back in time to kill Thanos before he gets his hands on the infinity stones. This theory was fueled after the trailer for Endgame was released, when we see Scott Lang alive. If you remember, he was previously stuck in the Quantum Realm in the movie Ant-Man and the Wasp, when Hope and her parents were blown away as ash after Thanos snapped his fingers. This gave more weight to the fan theory, which suggested that the Quantum Realm is a big factor in the time travelling. And all we can say is this, Endgame pays tribute to time travel movies- Back to the Future, Terminator, Looper, 12 Monkeys, Frequency, Groundhog Day and Quantum Leap. I Am Iron Man

Can you remember when did Tony Stark first said this line? It was his last line in the first Iron Man movie. Now, we did mention Endgame is full of nostalgic tributes to the MCU movies of the past right? Well, Stark also delivers this line in Endgame, in the most epic way.

We are all familiar with Jarvis, or rather, J.A.R.V.I.S (Just A Rather Very Intelligent System), Tony Stark’s original natural-language user interface computer system. It was named after Edwin Jarvis, the butler who worked for Howard Stark. The “original” butler appears in Endgame by actor James D'Arcy, who played the role in the TV series Agent Carter. Spot him if you can. 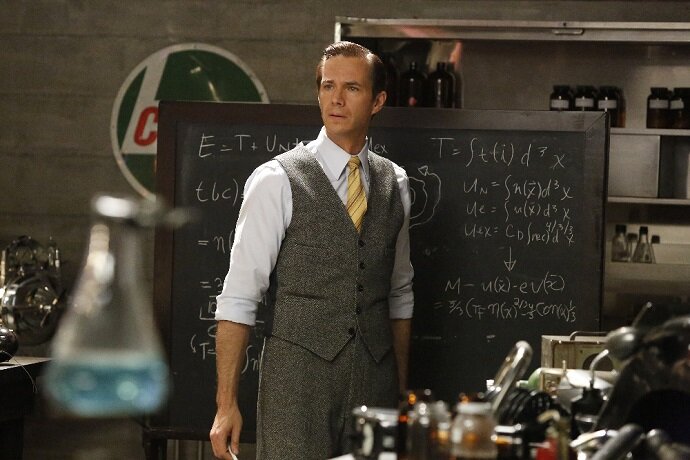 In Captain America: The First Avenger (2011), we see the rise of Hydra. And in Winter Soldier, Hydra is still alive and has infiltrated S.H.I.E.L.D. and Captain America had a fight with Hydra soldiers in the elevator. In a sequence in Endgame, Hydra will play a small part, to the Avenger’s advantage.

“Proof that Tony Stark Has a Heart”

Can you remember where you’ve seen this phrase before? Back in the first Iron Man, Pepper Potts gifted her then-boss Stark with a keepsake of his original “heart”, which he fashioned out of car batteries when he was trapped in a cave in the Middle East. The gift was engraved with the words “PROOF THAT TONY STARK HAS A HEART”. And you will see its return in Endgame.

Blink and you’re likely to miss it, but Ken Jeong, famed for his The Hangover series and Crazy Rich Asians roles also appears in this end of the Infinity Saga. Why him? Well turns out that the Russo brothers are executive producers of the TV series Community, which Jeong is part of the cast. So watch out for him in a subtle role. The Russo brothers are known to reference movies and television movies which they love. So watch out for shout-outs to movies such as Aliens, Die Hard, Hot Tub Time Machine and The Big Lebowski. Watch out for Harley Keener

Do you remember the kid in Iron Man 3? The one who helped Tony Stark get back onto his feet when Iron Man’s armour failed and left him stranded somewhere in Tennessee. At the end of the movie, Tony gifted Harley (Ty Simpkins) a bunch of computer and robotics equipment as appreciation. Well, Harley makes an appearance in the movie. Watch out for him.

Lastly, this isn’t an Easter egg but more of a public service announcement. There is no post-credit scene in Endgame, so you don’t have to stay until the credits finish scrolling, and sprint to the toilet as fast as you can!