Aquaman may not be as iconic as Superman, Batman or Wonder Woman in the DC universe, but at the hands of Jason Momoa, he is certainly fast becoming one of the most popular. Traditionally mocked in the comics world for his feeble powers and abilities, Momoa’s Aquaman is formidable, charismatic and bathed in manliness. 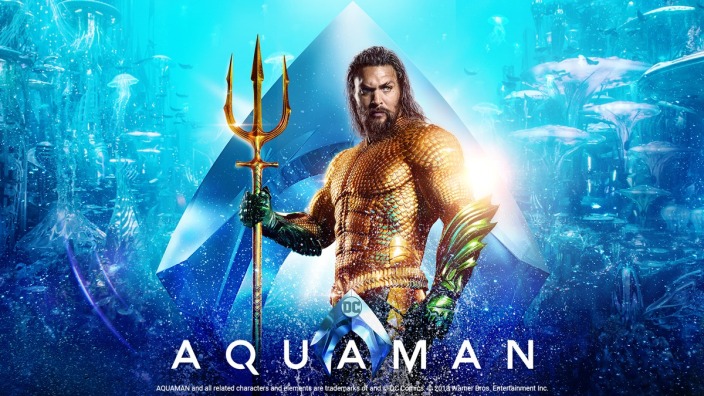 The movie version of Aquaman is a stark contrast to the comic’s version and Momoa did much justice to the role, and having seen him in action, it’s hard to imagine any other actor taking on the role and owning it. At a towering 1.93 metres all, Momoa hovers over most mortals like us. While he used to be leaner in his youth when he was a model, his acting career demands him to work out, and his hard work paid off. Now, he’s not just tall, but buff as well. 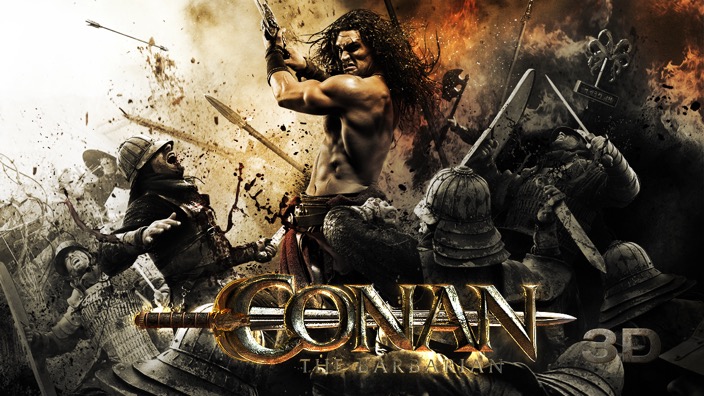 His physique was part of the reason why he was cast as the titular character in the remake of Conan the Barbarian in 2011. Although that didn’t quite make him a star, it did get him noticed. Just like his role as Khal Drogo in the TV series Game of Thrones. But it was playing Arthur Curry that hurtled him into international stardom.

However, despite his tall and intimating physique, Jason Momoa is actually a big kid at heart, more interested in goofing around than be all tough-guy. Here’s a look at this lovable man-child. Momoa obviously does not take himself too seriously. Amber Heard, his co-star on Aquaman, who plays Meera, shared that Momoa would often torment her with on-set pranks. Heard is a voracious reader and would read profusely on set, leaving our Aquaman slightly ignored. So he decided to rip out pages of the books she was reading so that she would talk to him. But Momoa’s pranking ways does not just stop here. When asked for photos by couples, he has this habit of trolling the boyfriends by pretending to steal their girlfriends, which resulted in some hilarious shots. 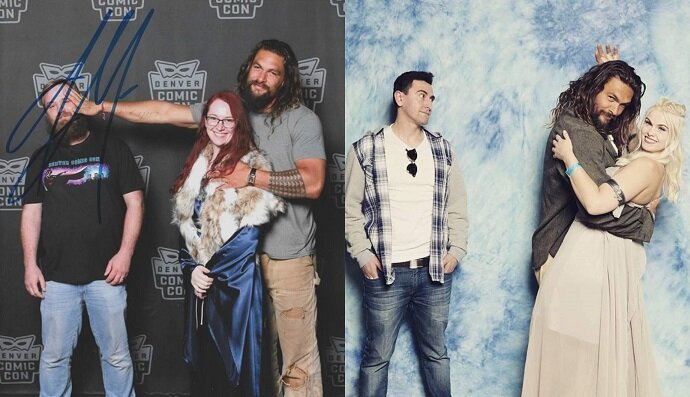 He also trolls his celebrity friends too, just look at him trying to sneak up to his Justice League co-star Henry Cavill. Who knew a tall drink of water like Momoa can totally melt at the sight of puppies? Momoa is a huge animal lover and it shows. When his beloved yellow Labrador retriever Spinee had to undergo surgery, he asked his twitter followers to say a little payer for him:

“May I ask one favor? My dog Spinee needs your prayers,” he Tweeted on Saturday. “She just came out of a difficult surgery 20 minutes ago … She is my beloved.”

He kept his followers updated on Spinee’s entire recovery process. 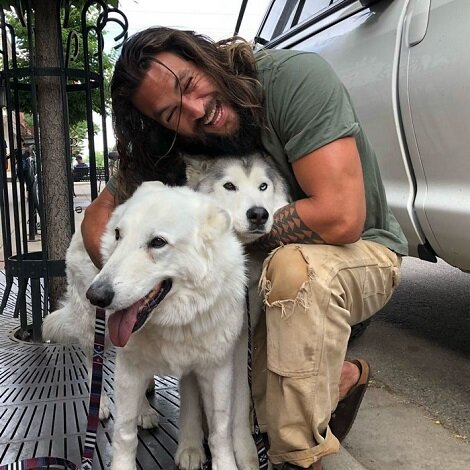 Despite all those bulging muscles, it turns out that Momoa isn’t a gym rat at all. In fact, he downright hates it. He got his body from climbing instead. To train for his role in Aquaman, he took to pinholes and overhands. He shared, “I love rock climbing. When you’re training for a rock-climbing problem, you want to diet right and get in your best shape because it’s something you’re passionate about. It was something I could set a goal for. Not just, ‘Oh, let’s get a six-pack.’ We built a rock climbing gym on the Aquaman set in Australia. It kept my mind in a beautiful place.”

Real men are not afraid of wearing pink. Just look at Momoa, who often dresses in loud colours, without caring what other people think. At the recent Oscars, he colour-coordinated with wife Lisa Bonet, carrying off a pink velvet suit designed by the late Karl Lagerfeld, complete with a pink scrunchie! You can’t get confidence like that unless you are truly comfortable in your own skin. And let’s not forget his appearance on Saturday Night Live, where he rocked a pair of shiny pink pants. Did you know that Momoa has his own Youtube channel with over 400 thousand subscribers? Momoa is part of a creative productions company that produces both scripted and unscripted content that tells of interesting stories from around the world. The company- On the Roam, thrives on creating stories that connect with a digitally engaged audience. He isn’t just interested in showcasing himself, but of interesting stories and encounters as well.

A Different Colour of Hero

With Aquaman, like Marvel’s Black Panther, Momoa is a hero of a different colour and boy did he embrace it. Momoa lets his heritage felt throughout the movie, and even after as well. Unlike the comics, where Aquaman is a fair blonde, Momoa’s Aquaman is a Hawaiian. From his tattoos to his mannerisms, you cannot help but see his roots splashed on the big screen. Even at the movie’s premiere, Momoa lets his heritage shine. He did a haka dance, a tradition of Maori culture. 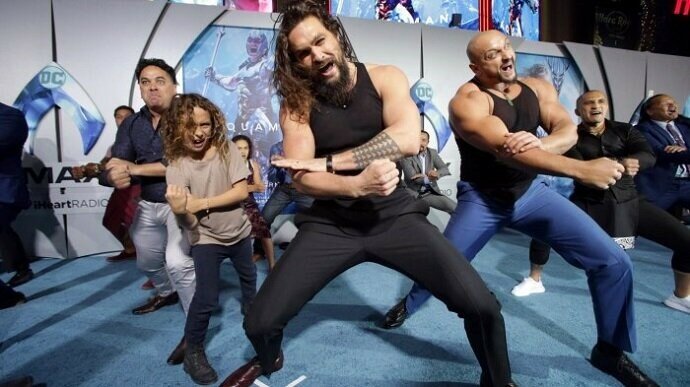 As wildly hot as he is, Momoa isn’t a Casanova. In fact, he has been in a committed relationship for 15 years and counting! Infatuated with actress Lisa Bonet since he was 9 and she was 20, Momoa gets his dream girl eventually and didn’t let their 11-year age gap deter him. The pair met in a bar through mutual friends, and Momoa was able to charm his way into her life and never left. They got married in 2017, and share two children together. Momoa and Bonet’s love story is a testament to the saying “Age is just a number.” At 39, Momoa’s time in the spotlight has only just begun. And we can’t wait to see more of this hunk of a man.