Poltergeist, A Nightmare on Elm Street and Friday the 13th are classic horror movies that withstand the test of time, still giving us the scares all these years.

But there’s also a new breed of horror movies emerging, one that keeps up with our times. These movies are even scarier because horror has invaded our technology and holds us hostage. They turn things we’re so reliant on in our daily lives into weapons against us, and that’s way scarier than any of the classic horror films. Here are four movies that make use of social network to scare the living daylights out of us. The highly successful Unfriended in 2014 is based on a simple yet refreshing premise. A video of a teenage Laura, defecating after a drunk night out was recorded and uploaded to various social media platforms. Laura is unable to live with the shame of her drunken antics being splashed everywhere, and ridiculed by everyone. She killed herself as a result.

On the anniversary of her death, strange things start to happen to a bunch of friends, who meet in an online chat group to discuss their upcoming concert plans. Everything looks normal enough, until they realise someone else is in their chat group, and they can’t seem to shake him off. Soon, one by one, they are forced to reveal ugly truths of themselves and suffer consequences otherwise. And they can’t seem to shut down their online chat. Unfriended takes something relatable to the youth today and turns it into something sinister, and much like how for a while, we were afraid of turning the TV on after watching The Ring, Unfriended makes us hesitate the next time we start an online chat. In Dark Web, the sequel to the 2014 movie, they’ve up the ante. Matias (Colin Woodell) takes home a laptop that has been in the lost and found in the cafe he works in, but it seems to be acting up. As with most young people, he engages in Skype video calls with his friends, and discusses this. Then the group finds a collection of hidden files in his laptop, and curiosity gets the better of them. They go through the videos and realise they are mostly of girls being tortured. Before you know it, things spiral out of control, as the owner of the laptop is on the hunt for Matias and his friends. Using new-fangled technology like crypto-currency and popular communication tools like Skype, the movie keeps up with times and sends us on a frightening journey into the dark web of the dark nature of humans. This 2016 movie combines new and old- technology and witchcraft to deliver a supernatural-psychological teenage cyber horror film about the lengths teenagers go through when rejected. Friendly college student Laura (Alycia Debnam-Carey) accepts a friend request from social outcast Marina. She also starts a friendship with Marina. However, this triggers Marina to be obsessed over Laura, and when she is not invited to Laura’s birthday party, she is devastated. Marina kills herself shortly after. But… Laura is still getting messages and posts from Marina, shared on her Facebook page. The posts contain disturbing content, and when they trace to the source- Marina’s laptop, they realise the codes written to post the content were not normal codes. That’s not all. Soon after, Laura’s friends begin to die in mysterious deaths, and Laura knows that Marina is behind it, and races to find a way to break the curse before more of her friends drop like flies. 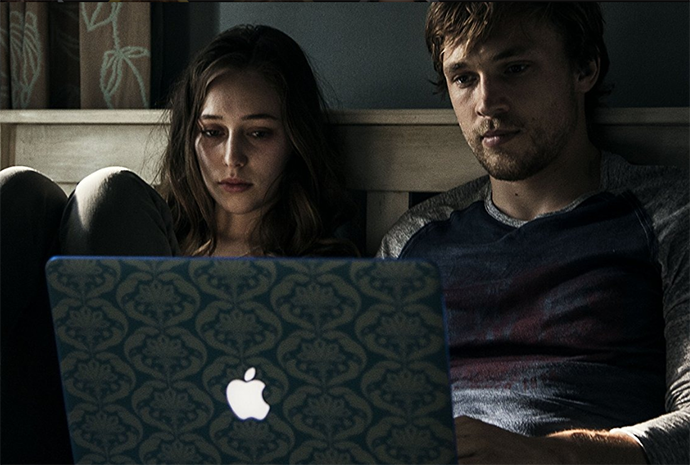 There are lessons to be learnt here. Be careful who you accept as friends on Facebook, and don’t let the number of friends you have on social networks define who you are. 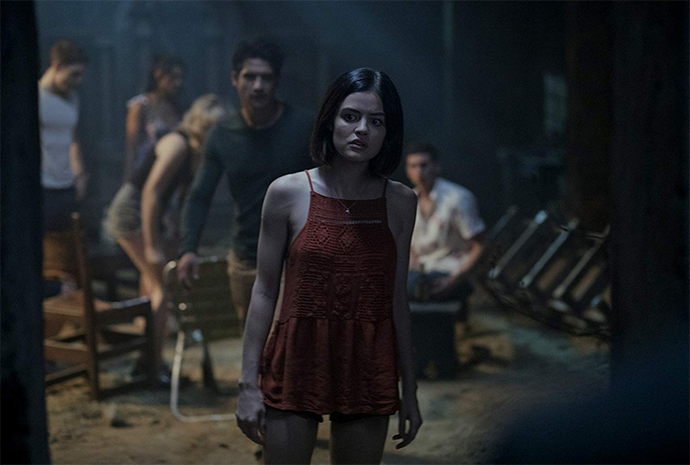 Truth or Dare may seem like a harmless party game. But in the hands of the horror maestros from Blumhouse, it becomes a deadly one. A group of friends head over to Mexico for one hot summer holiday before they bid college goodbye. One from the group, Olivia (Lucy Hale), meets a guy, who invites them to the ruins of a church to play a game of Truth or Dare. Except that this isn’t an ordinary game, as the group soon finds out. 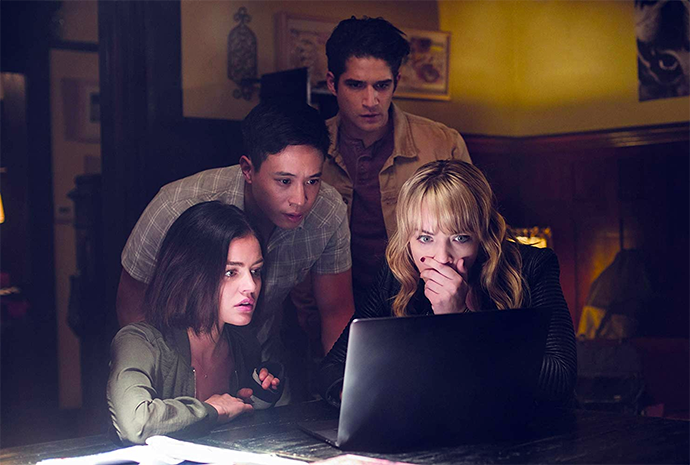 When Olivia and friends get back home, they get strange visions, on walls, phone calls and other platforms to get them to continue playing the game, failing which will lead to grave consequences. As the group plays to stay alive, we see how technology comes into play here, to aid the game but at the same time, to beat the game as well.