8 Things You Need to Know about Saoirse Ronan We first heard her name in Atonement (2007), when as a 13-year old, she gave a remarkable performance as young, aspiring novelist with a vindictive nature. Saoirse Ronan, the name everyone had problems pronouncing, was nominated for a Best Supporting Actress at the 2008 British Academy Film Awards and Academy Awards. Since then, Ronan has given us one stunning performance after another, from an adolescent who was raped and murdered in The Lovely Bones (2009), one half of a pair of teenage assassins in Violet & Daisy (2011), to a more mature role as an Irish immigrant torn between two countries in the 2015 romantic film, Brooklyn. This year, the now 23-year old is earning waves for her performance as a high-schooler in a complex relationship with her mother in the coming-of-age movie, Lady Bird. Playing the lead role of Christine “Lady Bird” McPherson, she rebels against her passionate, but opinionated and stubborn mother (Laurie Metcalf), a nurse who toils endlessly to keep the family afloat after her husband (Tracy Letts) becomes jobless. 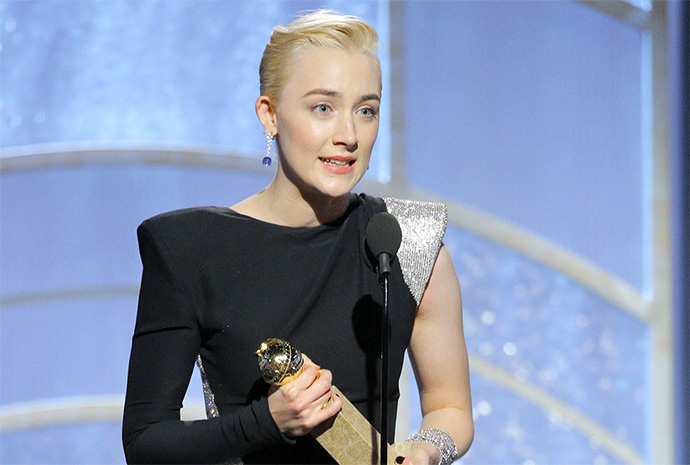 She’s already bagged a Best Actress award at the recent Golden Globes, and is nominated for an Academy Award in the same category as well. Here’s a closer look at this talented Irish lass.

1. How to pronounce Saoirse

In the 2015 Golden Globe nominations announcement where Ronan’s Brooklyn role was nominated, Dennis Quaid all but butchered her name:

But that’s hardly the first time anyone had trouble with her name. In fact, her name was so hard to pronounce that Ryan Gosling once helped her with explaining to the public on how to say it.  While presenting her with a Hollywood Film Award in 2015, he helpfully added, "its Ser-sha, like inertia." The pair worked together in the 2014 movie, Lost River. 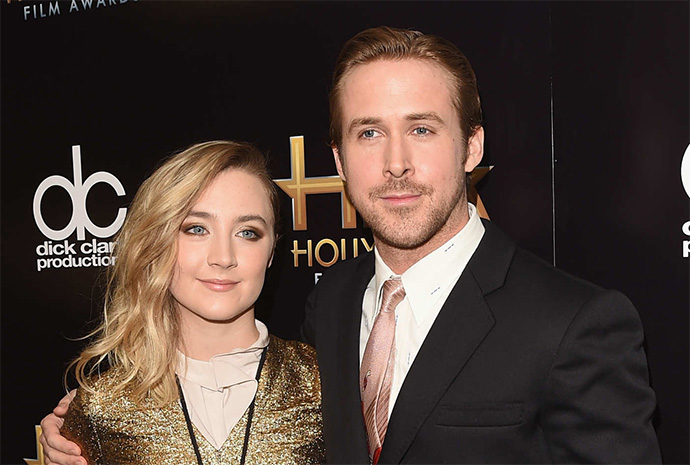 Her name means “Freedom” in Irish. Ronan has been working the talk show circuit, teaching audiences how to pronounce her name. On the Ellen DeGeneres show, however, the host helpfully had a sign made so that no one would have problems recalling Ronan’s first name. Beyond just pronouncing her name, Ronan'st first name is tricky to spell as well, just remember, it's: 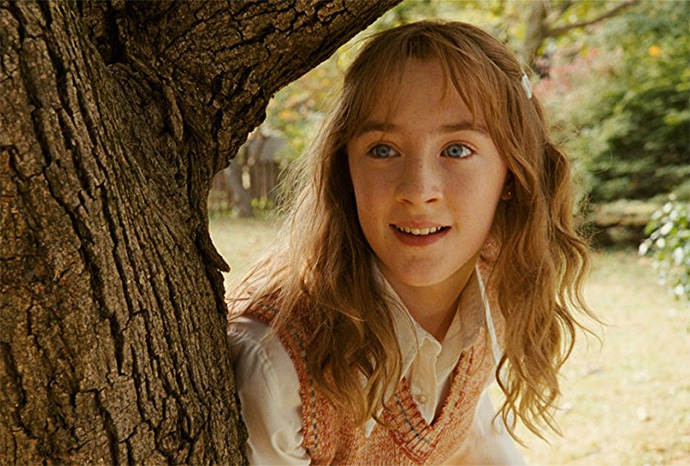 Although she speaks with an Irish lilt, Ronan was actually born in Bronx, New York, and lived there until she was three. Her family then moved to County Carlow, Ireland and eventually Howth, Dublin, when she was a teen.

3. She could have been in Harry Potter Ronan auditioned for the role of Luna Lovegood in Harry Potter and the Order of the Phoenix (2003), but lost the role to Evanna Lynch. If she had been cast, we would have heard about her before her breakout role in Atonement. Both of Ronan’s parents are actors. Mother Monica was a child actress, but dad Paul is still in acting. He’s appeared in The Devil’s Own (1997) and Rebel Heart (2001).

5. In the arms of Brad Pitt It would seem Ronan was destined for Hollywood. She was only still a baby when her dad was making The Devil’s Own, and he would carry her to set with him, while he worked. Even Brad Pit had a turn in carrying her.

6. Other roles that slipped by Ronan had auditioned for both Katniss Everdeen in The Hunger Games (2012) and Rey in Star Wars: The Force Awakens (2015), but lost out to Jennifer Lawrence and Daisy Ridley, respectively. Not that any of these roles that got away did anything to dim the bright lights on her career. 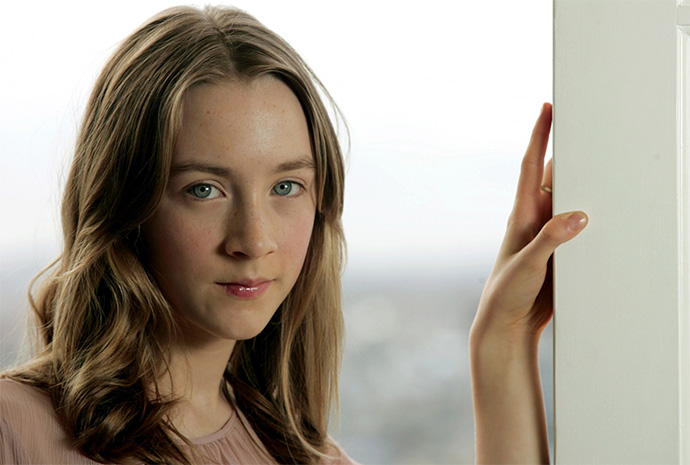 After Ronan became increasingly recognised in her homeland, schooling became difficult. Eventually, she was home-schooled. She shared, “teachers giving me a hard time. Teachers and students." She added, “when your schoolmates recognise you before they've met you, and the teachers do, too, it can make things very awkward and ­difficult." She shrugs it off. "It's a shame." The Lovely Bones director had wanted to cast a complete unknown for the lead role of Susie Salmon, but he was so impressed with her audition tape sent from Ireland that he decided to offer her the role even without meeting her.

Come 4 March, Ronan is up against Frances McDormand, Margot Robbie, Sally Hawkins and Meryl Streep for the Best Actress award at the 90th Academy Awards for the movie, Lady Bird. Win or lose, it doesn’t really change the fact that this Irish actress who successfully transitioned from child actress to an award-winning one has a shiny bright path ahead of her. 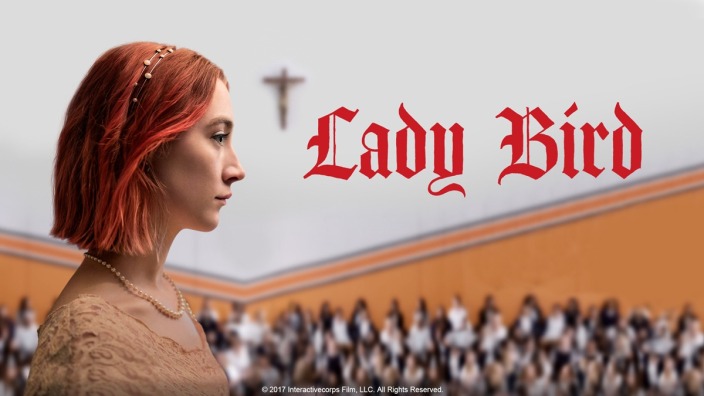