Oscar fever has begun. Now that the nominations are out, we’re frantically planning a list of must-watch Academy-nominated movies before the awards on the 4th of March. But wait, are all movies that were given Oscar nods or wins worth watching? Although the Oscars are considered the most revered award in the film industry, it has been known to slip up here and there, with a few duds nominated, or even won. Here’s a list of movies we are surprised with of their Oscar nominations and wins. 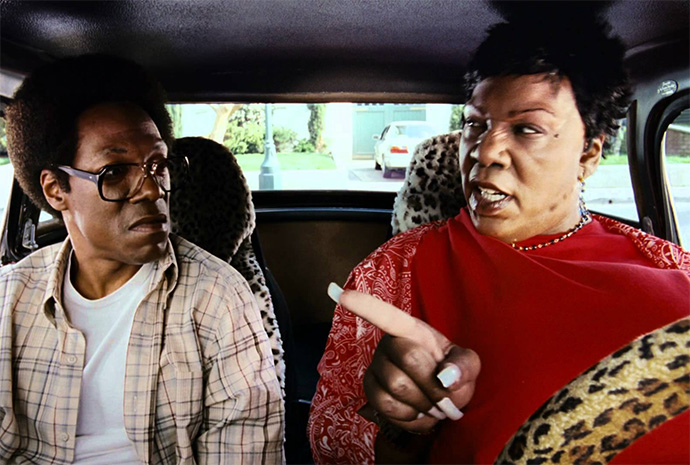 We understand that the movie was a commercial triumph, with Eddie Murphy trying to repeat the success of Nutty Professor. In Norbit, Murphy returns as a man and a woman, both on the heavy side, who got married out of peculiar circumstances. The movie lacked the novelty and imagination of Nutty Professor. To its credit, the movie did bring audiences plenty of laughs. Eddie Murphy does know how to make a comedy. Still, it’s hard to believe that Norbit was an Academy nominated movie. Directed by Paul Verhoeven, who also brought us Robocop (the original one in 1987) and Starship Troopers (1997), Hollow Man (Kevin Bacon) shines in the effects department but didn’t impress with its storyline. The movie is about how a scientist discovered invisibility, becomes empowered by it and goes on a killing spree that didn’t end well. After it was made, Verhoeven has said that it was “the first movie that I made that I thought I should not have made.” When a terrifying Glenn Close exploded onto the big screen in 1996 as Cruella De Vil in 101 Dalmatians, it was a wildly entertaining ride that made us hooked and earned Close a best actress nomination at the Golden Globes, However, the sequel was a different story. Capitalising on the success of the first movie, the second outing is at best, worth looking in the Costume Design department, because when Cruella De Vil gets out of jail, she needs to design her grandest coat yet. This third Transformers movie introduced us to a sultry, pouty-lipped Rosie Huntington-Whiteley, and a whole lot of explosions. In typical Michael Bay style, there were plenty of outrageous action sequences that would send any action fan into heart palpitations (read more about Michael Bay: An Explosive Force or Just a Dud?). Nominated for three Academy Awards, it went home with nothing, but it didn’t matter, Transformers: Dark Of The Moon is the highest grossing film in the Transformers movie series. The main takeaway from watching Suicide Squad is how amazingly talented Margot Robbie is, especially with her ability to master accents (read more about The Many Faces of Margot Robbie). The motley crew of villains turned special task force for the government sent to save the world from apocalypse was highly anticipated, but fell short with its lacklustre storyline. Still, the movie scores in the style department, and the villains did look all sorts of colourful. This no doubt, enabled it to catch the eye of the Academy. The Gwyneth Paltrow and Joseph Fiennes movie is a fanciful, fictional love story about William Shakespeare. A commercial success that made Paltrow a bona fide movie star, the movie was a surprise win as Best Picture. After all, it was up against heavyweights like Steven Spielberg’s Saving Private Ryan and Terrence Malick’s Thin Red Line, both war movies that are nothing short of epic, and substance. If there’s anything that’s great about Shakespeare in Love, it’s originality. Who would have thought of using the Bard to conjure up such a love story? On paper, it should be a movie that’ll win fans. After all, it stars the inimitable Anthony Hopkins and talented Benicio Del Toro, and it touches on one of the favourite horror subjects- werewolves. In reality, The Wolfman is a tough film to watch. The pacing is slow, with a severe lack of scares and suspense. The only thing that it has going is the special effects. Headed by the legendary special effects makeup maestro Rick Baker, the man-to-werewolf transformation is mesmerising to watch.

The 90th Academy Awards will be held on the 4th March, with Jimmy Kimmel as host.