The upcoming Marvel Cinematic Universe film Black Panther will be the first feature-length film in a long while to feature a black superhero, and an obscure one at that. Black Panther, unlike your Spider-Man and X-Men heroes, was the first-ever black superhero in mainstream comics about a king in a made-up African high-tech nation with a super-powered vibranium suit. He also was Marvel’s answer to Batman, only instead of a poor little rich boy, it was poor little rich king. 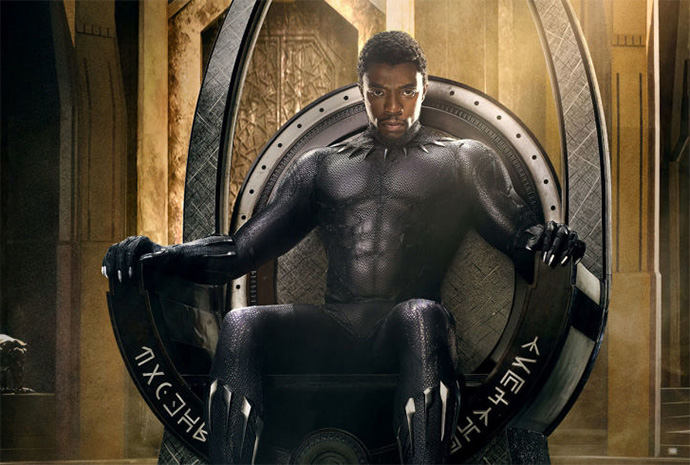 This is considered quite a big deal because black superhero films are few and far between; even the decent ones. Let’s look back at this short historical timetable, in case you ever feel like watching these precursor films before tuning in to the main.

We’re only counting the films whose heroes headline their own films and only including feature-length films. Sorry, Blue Ranger, Nick Fury, and Luke Cage; you didn’t make the cut. Premise: Jefferson Reed, a mild-mannered teacher in a rough neighbourhood, gains superpowers after being struck by a green meteorite. He uses his newfound skills like super strength, healing, and telekinesis to help out the town and fight off the local crime gang called The Golden Lords.

Was It Remarkable? Kind of, to the point where it became a cult classic. Initial reviews upon its release called it a clunky sitcom influenced by the Superman and Batman films pre-90s, as well as a well-meaning film without a coherent storyline.

We felt that it was a product of its time that did its job well: a harmless comedy superhero film hybrid that makes you feel good thanks to its charismatic lead played by Robert Townsend. Plus, it has cameos from Luther Vandross and Cypress Hill; what’s not to love about that? Premise: Clearly a film vehicle to ride off the hype of its main lead, In Living Color actors Damon Wayans and David Alan Grier, this film is about a clumsy nerdy repairman who vows to clean up the streets by becoming a crime-fighting vigilante ala Batman.

Was It Remarkable? Not really. Because Damon Wayans can only act as a certain archetype, the comedy superhero film bills him as a naive, innocent, and oblivious yet well-meaning vigilante who sees the world as black and white. The whole movie’s schtick is just on that, with some gags clearly aimed at a juvenile crowd. Naturally, this got negative reviews from critics but a cult following later on. Premise: Based on the DC Comics superhero of the same name, but barely. Shaquille O’Neal plays John Henry Irons as he dons a custom suit of armour to fight off bad guys and a weapons dealer mastermind played by Judd Nelson.

Was It Remarkable: Nope, but this film falls into the “so bad it’s good” category. At the time, Shaquille O’ Neal was a popular name, but he was a better basketball player than an actor. The film strayed from its source material and opt to create a “blue-collar Batman”, making it similar to Blankman and The Meteor Man but with a straight-faced tone. Clearly, that didn’t pan out well as the film’s cheesiness and b-grade design did not light the cinema world on fire.

As if that wasn’t bad enough, we had to endure Shaquille O’Neal’s rapping in the form of the film’s main track Men of Steel, saved only by the likes of KRS-One and Ice Cube . Premise: Michael Jai White plays a Black Ops operative named Al Simmons who was betrayed by his boss Jason Wynn (played by Martin Sheen). Simmons, who wanted revenge and to see his fiancée again, made a Faustian bargain with the ruler of hell and ended up becoming a demon anti-hero with a badass shapeshifting cape called Spawn.

Yeah, the 90s was a pretty “gnarly” and “edgy” time for comics and superhero films.

Was It Remarkable? Kind of. The CGI was atrocious and did not age well, but Michael Jai White sold the tormented badass anti-hero very well, which then paved the way for his cult status later on (which we’ll get to). The standouts from the film were John Leguizamo as the evil clown-slash-demon called Violator and legendary actor Nicol Williamson as a former hellspawn-turned-Heaven-freedom-fighter named Cogliostro.

They both had fun with their roles and worked within their limitations film-wise. All in all, you could do worse than watch this entertaining-if-forgetful film knee-deep in the 90s stigma. Premise: Wesley Snipes plays a vampire-human hybrid who fights for humanity against other evil vampires. The film spawned two other sequels written and directed by David S. Goyer and was based on a b-list Marvel superhero.

Was It Remarkable? Yes; it one of the more successful superhero films in the late 90s. Long before Iron Man and The Avengers, Marvel had something going on with the franchise which then led to them doing the X-Men films with Fox Studios and the Spider-Man films with Sony. In other words, Blade made history not only as a successful black superhero film but also a blockbuster superhero film. Both Blade and Blade 2 were masterclasses in action films, thanks to its stylistic and frenetic action sequences and breakthrough performances from Wesley Snipes and Kris Kristofferson as his mentor-slash-father-figure Whistler. Premise: Loosely based on the Batman anti-heroine, and we do mean loosely, this film stars Halle Berry as a meek designer who inherits superhuman cat-like powers from a near-death experience and seeks to uncover a cosmetics company conspiracy. Also stars Benjamin Bratt and Sharon Stone.

Was It Remarkable? It was a remarkable piece of crap, that’s for sure. This film is the main reason why Halle Berry does not appear in future superhero flicks unless it’s a cameo for an X-Men film. As if her turn as Storm wasn’t bad enough - she was the weak link in the X-Men franchise - this one just cemented her fate with the genre.

To be fair, she is a really good actress who had to work with a terrible script and even worse premise that was obviously floundering in development hell. And in case you’re wondering, yes, her cat-like powers made her do goofy cat-like things like licking herself, developing a fondness for fish, purring like a cat when doing the nasty, and even acting funky when given catnip.

We categorise this film as a “so terribly bad it’s good” experience and also a lesson on how not to do a superhero film. Premise: A vigilante alcoholic superhero named Hancock (played by Will Smith) is given a public image makeover by a public relations consultant (played by Jason Bateman) after his heroic actions cost the city millions of dollars in damages. Along the way, he meets the PR guy’s wife played by Charlize Theron, who just happens to know about Hancock’s history and lineage.

Was It Remarkable? Maybe. We don’t get the hate surrounding this film. Sure, its second half needed work in its narrative structure since it went all over the place, but the concept of a jaded superhero who needs a PR person to sort his life out and then finding out about his other super-heroic better half makes for a gripping comedy-drama hybrid film. Its leads made the film all the more charismatic and enjoyable: the trifecta of Smith, Bateman and Theron made the drama and character-building all the more compelling. Premise: Former CIA agent Black Dynamite (played by Michael Jai White) gets to the bottom of his brother’s death as he cleans the street of crime and a new upcoming drug in his neighbourhood. This film is essentially a homage to 70s Blaxploitation flicks but taken to an absurd superhuman level.

Was It Remarkable? Hell yes! We purposely capped off the list with THE best black superhero in the cinematic world: the karate-chopping helicopter-destroying sex machine Black Dynamite. Michael Jai White gives his all as a superhuman CIA agent (at least through the lens of a Super 16), righting the wrongs of the white man and protecting the weak. Guess those roles in the late 90s paid off, eh?

The film blends in action, comedy, leaps of logic, catchphrase-heavy dialogue, and satire in 84 minutes of neo-retro bliss. It’s such a revered cult classic, it spawned an animated series that lasted two seasons. Main actor Michael Jai White also announced recently that part 2 is in the works and is slated for this year. So best you get crackin’ to watchin’ how it all started.