2017 is over and done with, so how about we break out the champagne and give a toast to the New Year? We’ve pored through the movies and picked our top ten last year, and now we’re going to pick our top movies for 2018. Here's part one, ranked from 10 to 6. Why We’re Hyped About It: Because Guillermo del Toro comes back again to write and direct this pseudo-fantasy tale between a mute janitor and a fish-person. He’s probably the only person in the world who can make this premise plausible and touching, while also adding an ephemeral aesthetic and humanity to the seemingly-rustic Cold War era. Plus, actors like Octavia Spencer and Michael Shannon help crank up the entertainment value in this sombre tale. 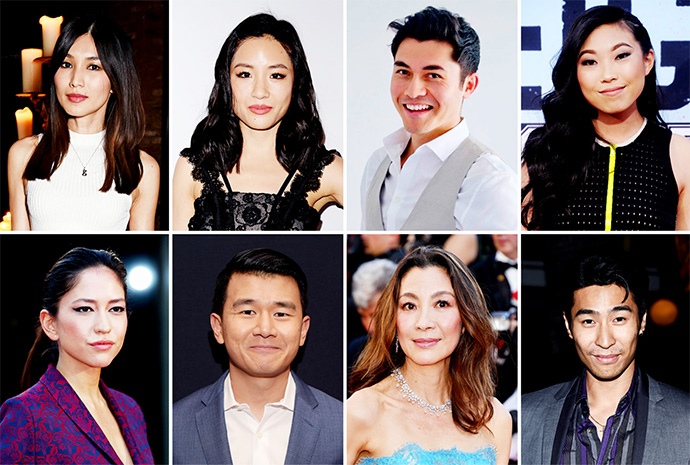 What’s It About? Rachel is an ordinary Asian-American girl who ends up in a life of privilege and glamour after finding out that her boyfriend hails from one of the wealthiest families in Asia. Based on the book with the same name written by Kevin Kwan, a Singaporean novelist.

Why We’re Hyped About It: The book is said to be a mix between a Jane Austen period piece but with, well, rich Asians in it, alongside some Cinderella-type rags-to-riches narrative flow to it. It stands out because it’s a Hollywood film featuring an all-Asian cast set in Southeast Asia, primarily in Singapore. What’s It About? It’s a story about evolution and how man came to be in the Stone Ages. Except this time, the whole story and concept are done in claymation style courtesy of Nick Park and Aardman Animations. The central story is on Dug and his sidekick Hognob as they unite his tribe against a warring Bronze Age City tribe.

Why We’re Hyped About It: Because it’s been eons since director/writer Nick Park and his Aardman Animations team did an animated charm-filled feature since Shaun the Sheep Movie and Wallace & Gromit. A story about a caveman trying to stop and possibly accept, natural evolution done in a comedic and kid-friendly fashion should be a hoot to watch, especially with vocal chops from Tom Hiddleston (Thor: Ragnarok), Eddie Redmayne (Fantastic Beasts), and Richard Ayoade (IT Crowd). What’s It About?: It’s like the title said: Wreck-It Ralph breaks the internet. Six years after the first film, video game antagonist Wreck-It Ralph (John C. Reilly) and Sugar Rush's main character Vanellope (Sarah Silverman) team up for a new adventure when they travel through a wi-fi router to find a piece that can fix the Sugar Rush arcade cabinet.

Why We’re Hyped About It: The first Wreck-It Ralph was a surprise hit that not only glorified video games in a positive light but was a heartwarming story about finding your place in the universe if you’re a bad guy in a fictional world. This sequel should hit all the right notes, it will now tackle the meme-savvy and pop-culture influenced the world of the internet. And it seems like Ralph will get some help from other Disney characters like Frozen’s Anna and Elsa, and Star Wars’ C-3PO because it’s still Disney’s property. What’s It About? It’s a sci-fi thriller about a biologist named Lena (played by Natalie Portman) who volunteers to save her husband (played by Oscar Isaac), who was gravely injured after exploring an environmental hazard called The Shimmer. Naturally, Lena & an all-female team head to the said Shimmer to get to the bottom of the mystery. The movie is based on the Southern Reach Trilogy written by Jeff VanderMeer.

Why We’re Hyped About It: Because the director & writer behind the acclaimed Ex Machina, Alex Garland, is behind it. It’s also cool to see the dynamics of an all-female team in a hostile setting featuring actresses like Portman, Jennifer Jason Leigh and Tessa Thompson. On top of that, the sneak peek of The Shimmer lets out a tranquil-yet-dread-inducing vibe, since there seem to be hybrid creatures roaming around and trying to pick off our female leads one-by-one.