SGIFF: In Conversation with The White Girl directors Christopher Doyle and Jenny Suen 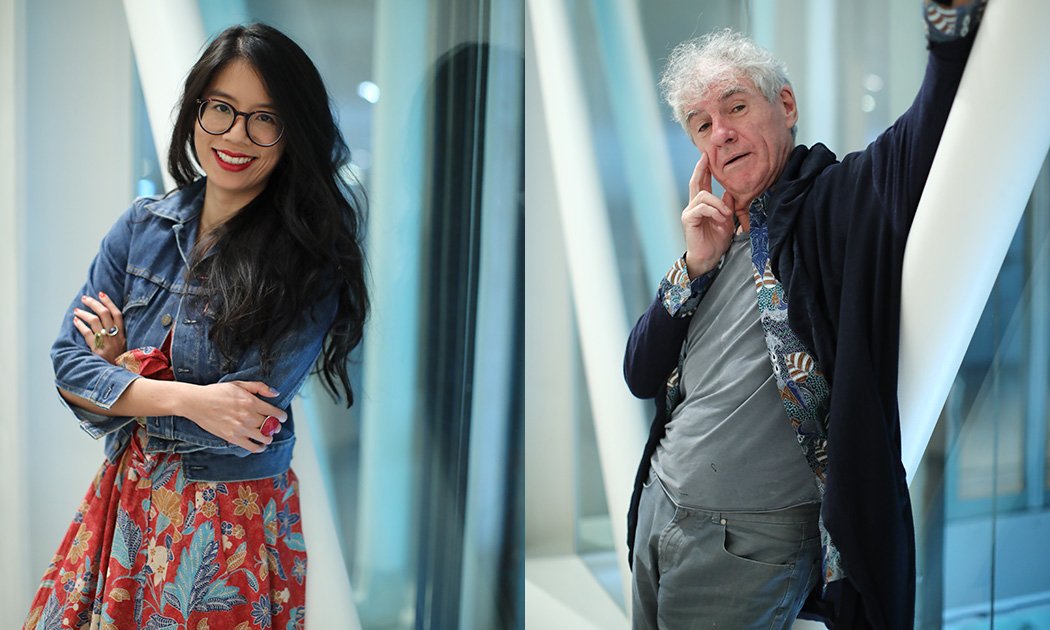 Now in its 28th year, the Singapore International Film Festival (SGIFF) has given us almost three decades of memorable and defining South East Asian films and feature filmmakers from all over the world.

This year, one of the highlights of the SGIFF is The White Girl, by first-time director Jenny Suen, and co-director Christopher Doyle, renowned for his cinematography works in iconic films like Wong Kar Wai’s In the Mood for Love and Chung King Express.

Tying together three outsiders- a child (Jeff Yiu as Ho Kai), an outcast (Angela Yuen as The White Girl) and a foreigner (Joe Odagiri as Sakamoto) - in a drama about love, finding your own path and vanishing traditions, The White Girl is a story five years in the making. What started off as a short story from director Suen’s observations of a dying fish village from her bedroom window mushroomed into a full-fledged movie shot ambitiously in just two weeks.

Engaging an unusual angle of a young girl with a skin condition that keeps her from exploring the world but eventually finding herself, Suen and Doyle illustrate Hong Kong’s changing physical and political landscape and how and where does Hong Kong go from here. We had the opportunity to pick the brains of Christopher Doyle (CD) and Jenny Suen (JS) to learn more about their experience filming the movie and what it represents to them.

Qn: What is The White Girl all about? 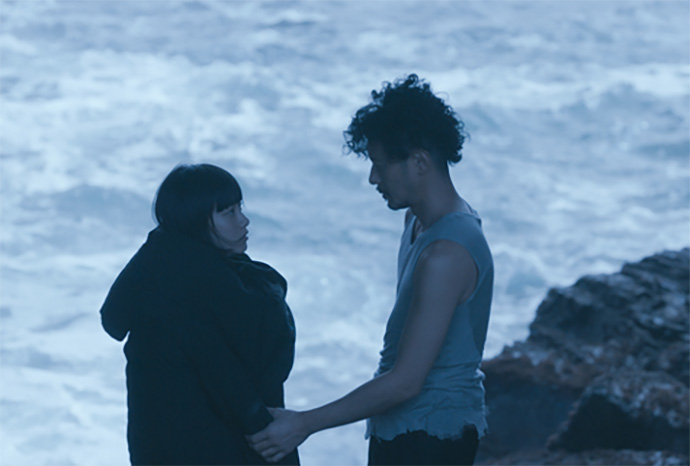 CD: It’s first of all, a love story, in which two people (Sakamoto and The White Girl) embark on a journey together. At the end of the journey, the girl finally has confidence in herself. She used to be a girl, but now she has become a woman. The couple doesn’t end up together, Sakamoto needs to leave because The White Girl needs to walk her own path, unaided. Through her journey with Sakamoto, she has learnt a lot about herself, and grown in the process. And with that, she needs to go it alone.

For us, it’s a very strong metaphor about Hong Kong. The White Girl IS Hong Kong. Somewhere along the line, she needs to be confident, needs to learn about herself, and charge forward. You determine your own destiny. The White Girl, in this case, through Sakamoto’s love and encouragement, sees herself as who she really is and that’s Hong Kong for us. I hope the audiences go through the process of discovery with us, and we hope through our very visual representation in a beautiful way that you see something that you can identify with.

Qn: Since this is a metaphor for Hong Kong, how do you think that the Hong Kong audiences will feel after watching the movie? JS: As a filmmaker, of course, you have the highest expectations of yourself, and for your work. As a director, our job is to make sure that the movie is in line with our vision and what we want to achieve. I can only guide the audience, but not control them. What we will say is that we’re so happy with the film, and of course, we know it’s not perfect, but it’s unique, and we hope people can see that.

CD: We really care about the idea of the film, and that’s why we made it. This is a special part of our (Hong Kong) history, and we should honour it. This isn’t a James Bond movie, or Da Vinci Code 3. We want to send a message loud and clear and the message is “Hey wake up, look at who you are, be proud of where you came from and treasure it.” This is what the movie is all about.

Qn: How did you decide on the visuals of the movie? 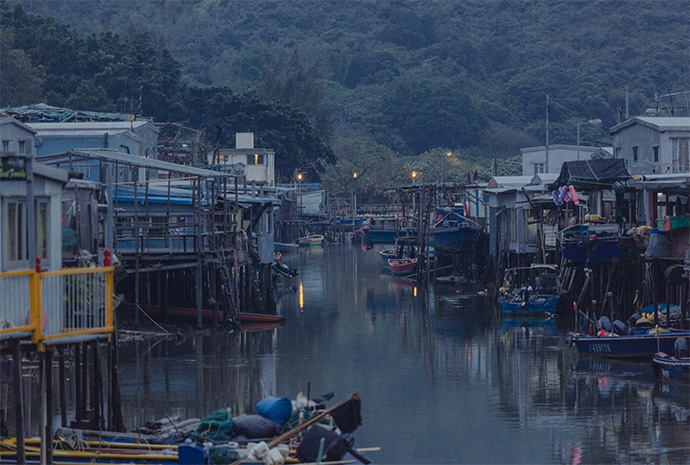 CD: Watch the movie and you’ll understand! To me, number one is the space that we had. It was lots of white, and then we have the sea, so it pushes you in a certain direction. We also have this white girl, so you overexpose her a little. In any film, with location and wonderful actors, you just let it go.

Second is preparation. This is Jenny’s first love story. Our communication is very important, Jenny did all the hard work in preparing. We take what we have with the money and space, and the intention that we have, and we brought it to a special place, visually. That’s something the film school will not be able to teach you!

JS: Before making my first film, I would think about what my style is, I’d want to create something that is unique, to make a statement. For my first film, in this case, I find that it’s not about deciding my colour palette. What is important is to be open and listen to the world around me, and also to my inner voice. It’s not like I can sit there and paint out the scenes and how I want to do it. We shot the movie in just 14 days. We can’t get what we want. There are a lot of things that are not within our control, so we must keep an open mind, listen to our inner voices and have plenty of trust.

Qn: What was the most challenging scene in the film? JS: Shooting in the ruins in the mountain where all our three characters meet for the first time is a challenge. There are no roads, we can’t drive up there, so we have to walk, and it's 30 minutes one way every day up and down the mountain. There was once, we even had to carry a piano up!

CD: The mosquitoes up the mountain! When we went there for the first time, we had to kill all the mosquitoes because we all know the number one rule for filming is that actresses cannot have mosquito bites on their faces!

Qn: What was your most treasured scene in the film? 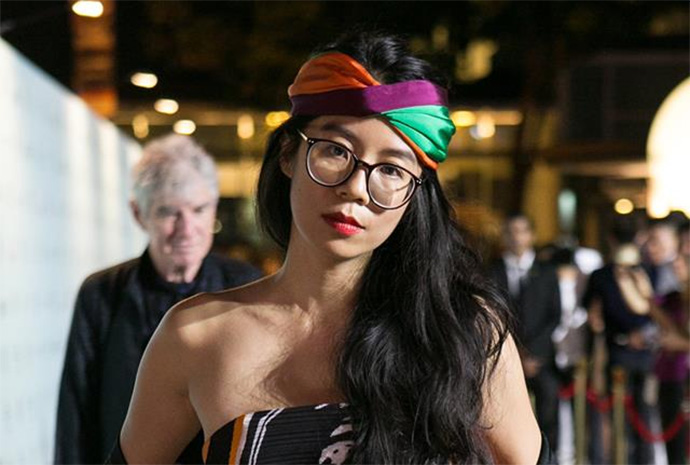 JS: The most challenging part about the film was also the most special. The ruins up on the mountain was my favourite. It was at these ruins where the parallel stories intercept. In the film, this special place is where all three characters visit to find some space to breathe. Ho Zai goes up there to install furniture and lighting (for his new foreigner friend Sakamoto), Sakamoto moves into the ruins, and The White Girl (she spends most of her time locked up in her home because of her condition) visits to find a space and just be herself. And in the end, The White Girl saves the ruins from being burned down (by the property developers who want to take over the village and commercialise it). To me, I feel that the film is the ruins, it represents a way for all of us to explore the possibilities in cinema, and to explore the possibilities in Hong Kong of the future. So I think that place holds a special place in my heart.

JS: When we were writing, it was like World War I, but when we were shooting, the war stopped, because you know, a script is not a film, it’s just words and ideas and how you execute it is all in the present. So when you start shooting you have to throw all your differences out the window. We only fought once during the shoot, but during editing, it was World War II. But there was peace after World War II. Chatting with Doyle and Suen is like talking to two old friends who know each other so well that they readily accept each other's flaws and embrace each other's talents. While Suen gives off a more serious filmmaker vibe, Doyle is clearly the joker, interjecting the conversation with side stories while Suen patiently waits for him to finish before continuing. But one thing's for sure, both are passionate filmmakers whom we can't wait to see more of in the future.