The 28th Singapore International Film Festival (SGIFF) returns from 23 November to 3 December with more than 100 films from around the world at various screening locations. Tickets are selling fast, with some sessions already sold out, especially the big marquee titles like The Square, Call Me By Your Name and The Killing of a Sacred Deer.

Here are some of my top picks—on the pretext that I haven’t seen any (with the exception of one), and am EXCITED to watch them: An indigenous director from Australia, Warwick Thornton has finally made his second fiction feature (his debut Samson & Delilah in 2009 won the Cannes Camera d’Or) in Sweet Country, an outback Western set in the 1920s that got him the Special Jury Prize at the Venice Film Festival. About an Aboriginal man who is on the run after killing someone in self-defence, Thornton’s film is said to contain minimal dialogue with action primarily driving the plot. The director also served as the film’s  cinematographer… and he will be in attendance at the screening! The incredibly prolific South Korean writer-director Hong Sang-soo's reunion with French acting royalty Isabelle Huppert (they last worked together in 2012’s In Another Country) is something to savour, not to mention the filmmaker's muse, Kim Min-hee, also stars. One of three films released by Hong this year, including On the Beach at Night Alone (which won Kim the Best Actress prize at the Berlin International Film Festival) and The Day After, Claire’s Camera should satiate fans who have been enamoured by his gentle and whimsical filmmaking style for years. If you haven’t seen an Indonesian film, this third feature by Mouly Surya is a good place to start. The only movie I have seen in this list, Marlina is purported to be the first ‘Satay’ Western. It is many things at once—not just a culturally-specific genre film, but an anti-Western and a feminist Western at the same time. It is very beautifully-shot and a fascinating meditation on vengeance and redemption, with a mix of strong, explicit violence, and haunting, hallucinatory moments. Surya also employs stillness and silence with confidence to create a distinctive and disquieting vision. Lucrecia Martel is one of South America’s most respected filmmakers (her debut feature La Cienaga in 2001 has always been on any top ten list of the greatest post-200os films to emerge from the continent). Her fourth feature to date, and after an excruciating nine-year-long gap, Zama is truly one of the highly-anticipated offerings of the festival. A period piece set in the 17th century, and an adaptation of a novel, Martel’s work has been called “the year’s most sensorially and ideologically dense film” (Slant Magazine). The documentary that I’m most excited about centres on one of my favourite composers who is also a living legend. Most remember Ryuichi Sakamoto for his beautiful scores for Merry Christmas Mr. Lawrence (1983), The Last Emperor (1987), and the recent The Revenant (2015), but he is also a very accomplished electronic/ambient musician. A work that eschews exposition for a more pensive approach, Coda should give fans a rare glimpse of an artiste in his private moments as he engages with the creative process, marked by a greater awareness of his own mortality. 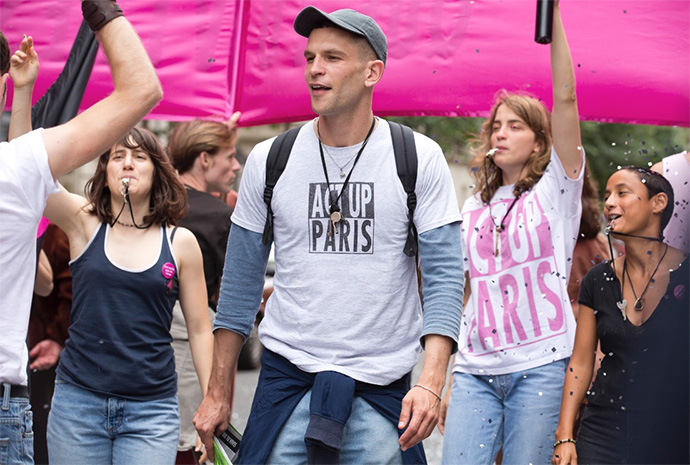 The hit film from Cannes Film Festival this year, BPM (Beats Per Minute) bagged several awards including the prestigious Grand Jury Prize, the FIPRESCI Prize (voted by international critics) and the Queer Palm. Said to be bursting with life and infectious energy, BPM is writer-director Robin Campillo’s (who co-wrote the Cannes Palme d’Or winning The Class in 2008) wholehearted exploration of the AIDS crisis of the early 1990s, when prejudice and political inaction were challenged by AIDS activists seeking for hope and a better future. This should be a galvanising work of socio-political history.