Neil Armstrong - Before He was the First Man on the Moon 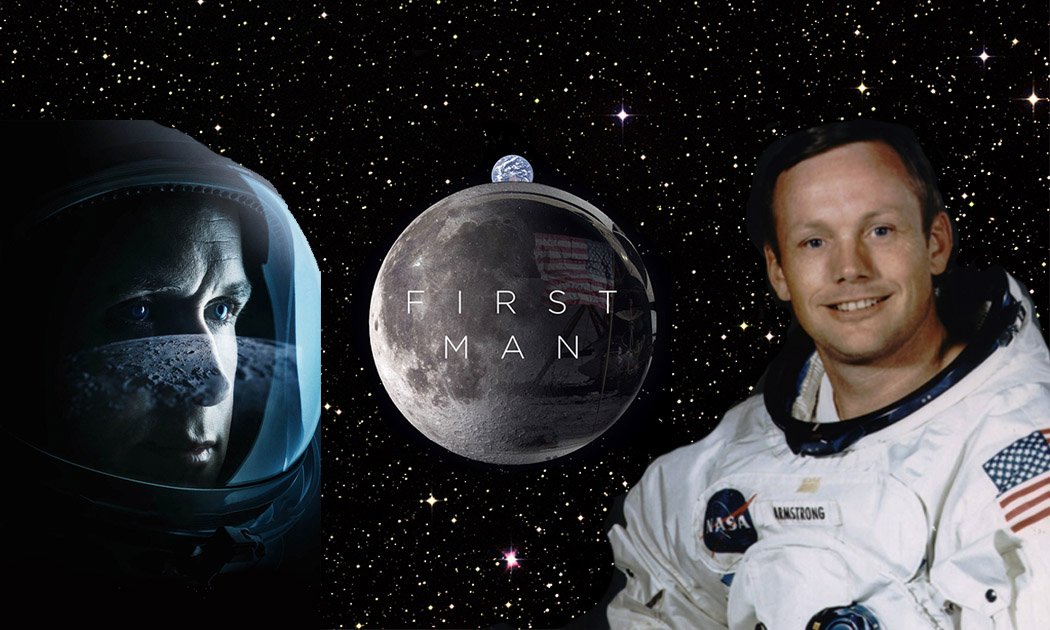 That's one small step for man, one giant leap for mankind.

In 1969, astronaut Neil Armstrong became the first man to walk on the moon. The moment was celebrated around the world, and Armstrong was hurtled into the stratosphere of worldwide stardom.

In First Man, Armstrong was played by Ryan Gosling, and the movie is based on the book First Man: The Life of Neil A. Armstrong. While the public knows about him after he made history for men, little was known about him before. First Man follows Armstrong back in 1961, shortly before he applied to NASA Astronaut Group 2, or The New Nine, which would set his path to the moon. The movie consulted heavily with Armstrong’s sons to portray an accurate depiction of the astronaut’s years leading up to his moon expedition. 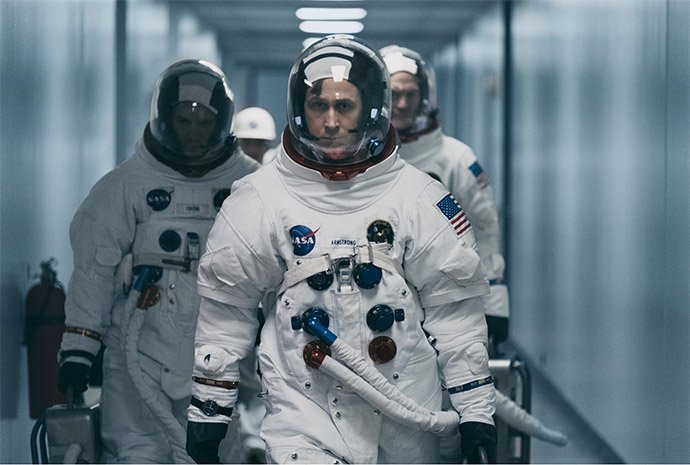 Unlike many other astronauts, Armstrong was never the ambitious or fame-seeking type. He had always been fascinated with flight and space and was genuinely intrigued by the moon. 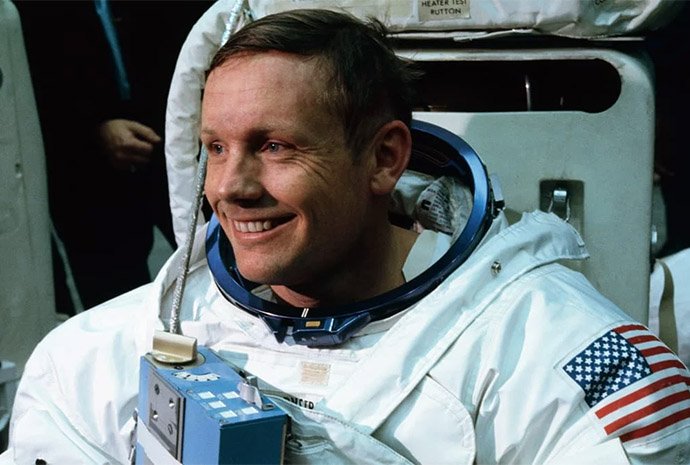 He was very much driven by interest. He never capitalised on his fame after his famous moonwalk and lived a private life after. Let’s get better acquainted with the first man on the moon.

A Love for Flying 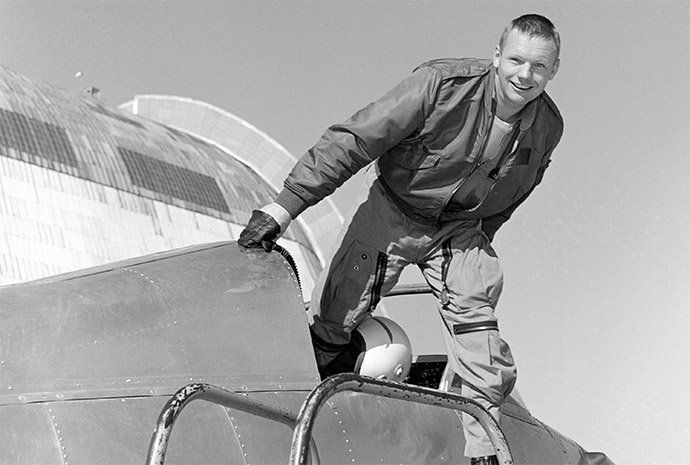 If there’s one thing Armstrong was sure about when he was young, it’s his love for flying. He got his first taste when he was just five; his dad took him in a flight in Ford Trimotor, also known as the "Tin Goose". He earned his pilot’s license even before he got his driver’s license before he turned 16. 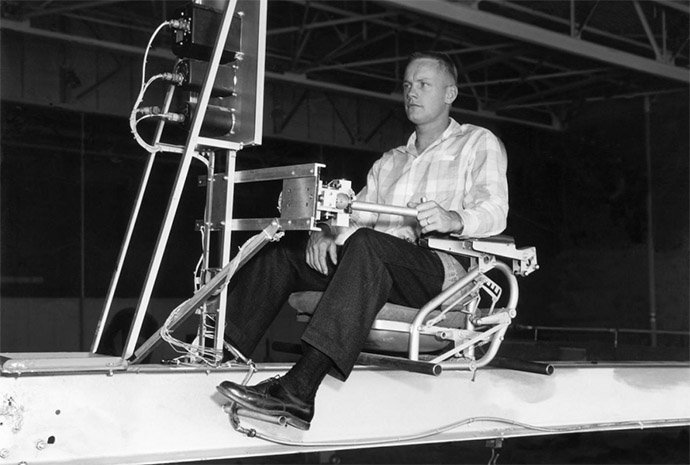 Armstrong didn’t start his career at NASA as an astronaut. He began as an experimental research test pilot at the National Advisory Committee for Aeronautics (NACA). He was actually the first civilian astronaut who went to space. We know Armstrong had two sons, but did you know he also had a daughter? She had brain cancer and passed away at just two years old from complications with pneumonia in 1962. Incidentally, she passed away on his wedding anniversary. Having gone through his tragedy, Armstrong always had a quiet, brooding demeanour about him. It also drove him to focus on his work, and gave him the spark to apply to the Space programme, “I thought the best thing for me to do in that situation was to continue with my work," said Armstrong, "keep things as normal as I could, and try as hard as I could not have it affect my ability to do useful things."

Near Brushes with Death

Even before he started his moon journey, Armstrong had several near-death experiences while training for it.

In 1964, he was part of the Gemini 8 flight, and its first mission is to dock it onto another spacecraft in another in orbit, which is a pre-requisite for a successful moon landing. However, a thruster malfunctioned, leaving Armstrong and co-pilot David Scott to spin uncontrollably. They eventually regained control of the craft, but cut their three-day mission into just 11 hours when they landed into the Pacific Ocean.

In 1968, he was piloting a Lunar Landing Research (LLR) Vehicle that simulates the one-sixth gravity of the Moon. The helium level in his vehicle depleted earlier than it should, and caused the LLV to spiral out of control. He managed to eject and parachuted to safety. If he had pressed the eject button just one second later, he would have died.

Did he Think up That Famous Line? The iconic line, "that's one small step for man, one giant leap for mankind," was impactful, powerful and poetic. Although he sounded casual when he uttered the words, making it seemed as though he came up with it after he landed on the moon, a lot of thought was actually put into it. Armstrong had been thinking about what to say months before this mission. Dean Armstrong, his brother, shared that Neil had written the liner down and showed it to him way before he took off for the moon. 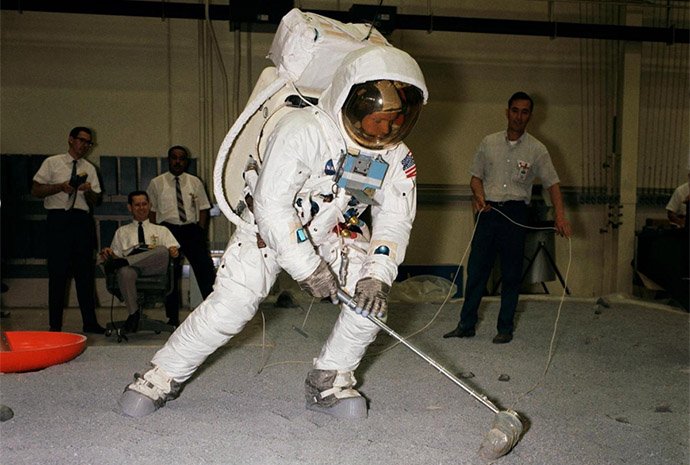 In space, nobody can hear you scream, which is why every action has to be calculated and executed perfectly. To prepare for his mission, Armstrong practised his moon moves on the ground and took part in many simulation training to ready himself for the moon’s terrain. He also practised how he would dismount and mount the ladder on the moon. 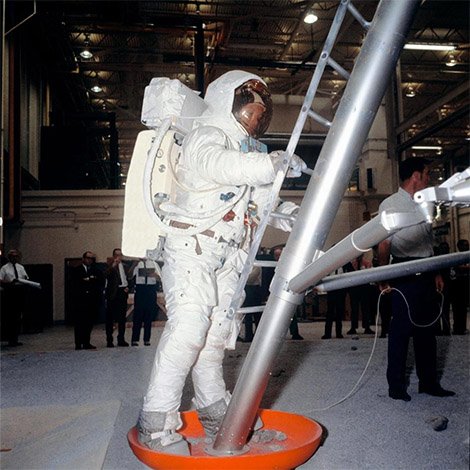 How Long Exactly was the iconic Moon Walk? 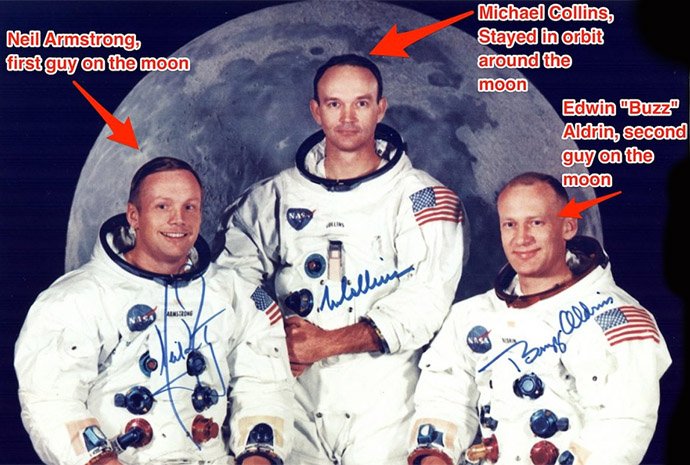 The entire walk on the moon lasted for over two and a half hours. It was a relatively modest period as no one was sure how the spacesuits would hold him with the Moon’s atmosphere. 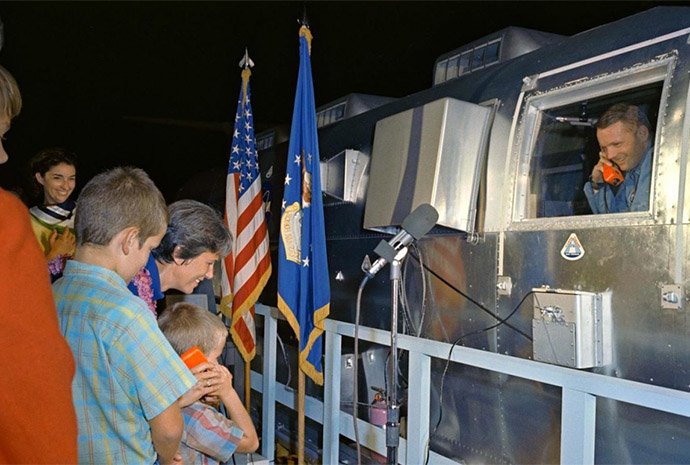 Armstrong and his two space companions had to stay in quarantine for 21 days as a preventive measure, in case there are any contagions on the Moon. He was able to communicate with his family over an intercom at their Mobile Quarantine Facility. He celebrated his 39th birthday while in quarantine. 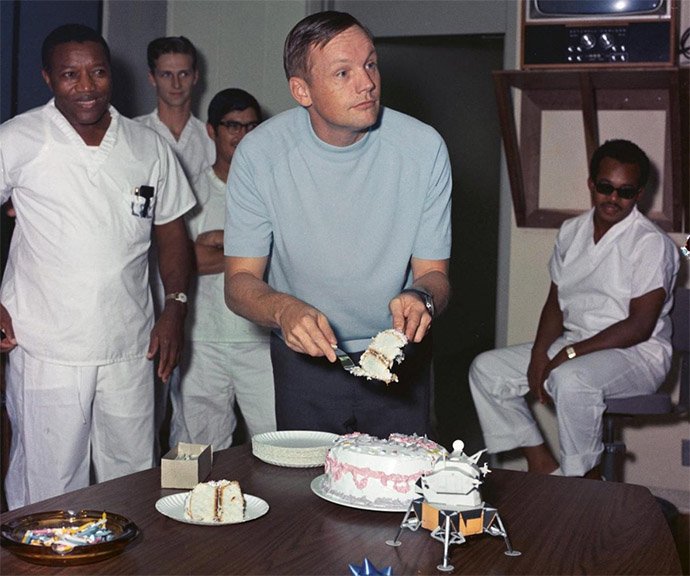 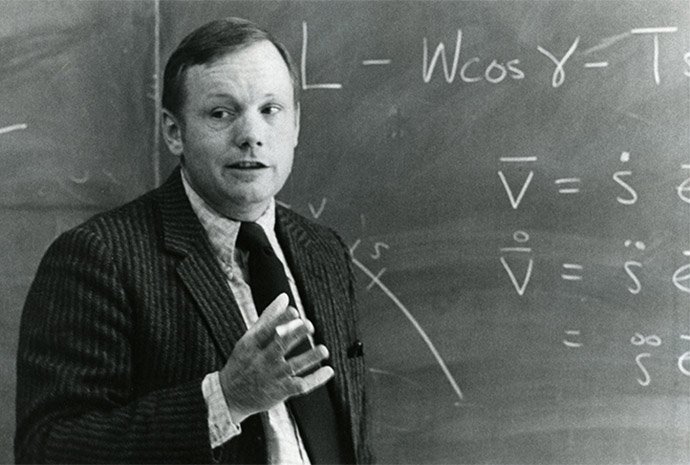 Upon his return, Armstrong announced his retirement from the space programme. He took up a teaching position in the Department of Aerospace Engineering at the University of Cincinnati, and taught for eight years. Armstrong led a relatively reclusive lifestyle up to his death in 2012. He had undergone a bypass surgery in the same year to relieve blocked coronary arteries. He developed complications from the surgery and passed away on August 25, 2012, at the age of 82.

undefined/ed-says-article-2434-kefcwzl1-Neil Armstrong - Before He was the First Man on the Moon
Related Articles
Column
Rush: The Real Life Story
Column
Victoria & Abdul - The Real Story Behind Their Unusual Friendship
Column
8 Things to know about The Post
Column
Battle of the Sexes: Fact VS Fiction
English繁體中文Bahasa