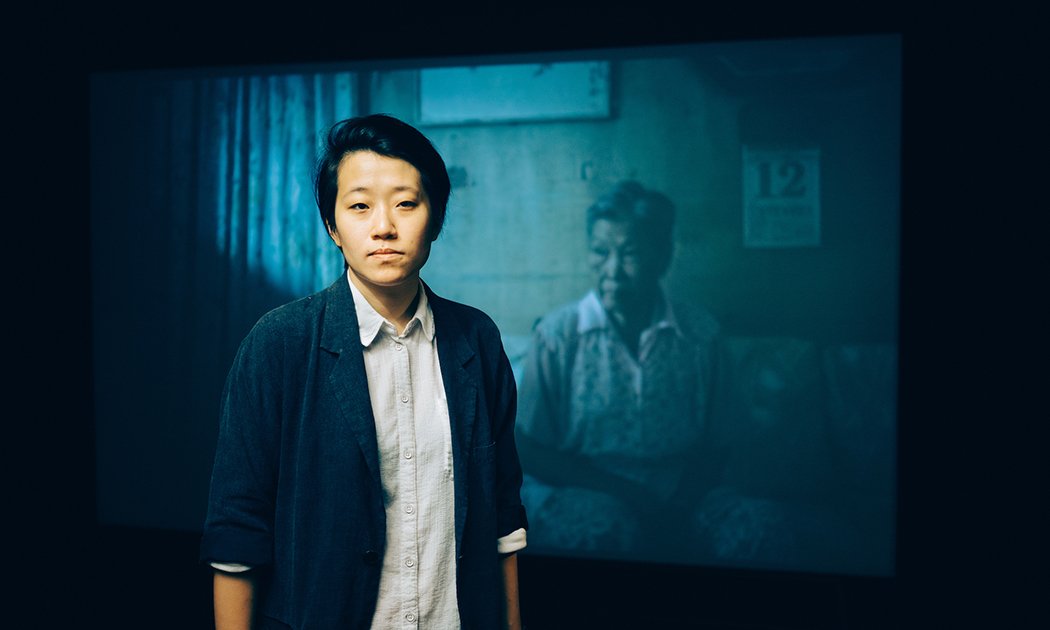 Kirsten Tan is a very versatile filmmaker with a penchant for bold visual storytelling, straddling a range of genres, but are consistent in their humanity and off-beat humor.

Being a bit of an adventurer, she was raised in Singapore but has lived in South Korea and Thailand before New York City, where she completed a Master’s in Film Production at New York University and receive the prestigious Tisch School of the Arts Fellowship.

Her works have been showcased in a host of international film festivals where she has collected over fifteen international awards, most recently the Special Jury Prize for Screenwriting at the Sundance Film Festival for Pop Aye (2017), her debut feature film. It is also the first time that a Singaporean filmmaker has been invited to and won a major award at Sundance. We took the opportunity to chat with Kirsten amidst her globetrotting film festival schedule to chat about the making of Pop Aye and get to know more about Kirsten Tan, the storyteller and filmmaker. David: Let’s start with a warm-up question. What are some of your favorite movies of all time? Can you name the filmmakers who influence you the most? Kirsten: My favorite movies are from everywhere in the world! Growing up, I was very into Ingmar Bergman because his imagery is very powerful and the way he talks about existence is very interesting. I always like films that border between reality and surrealism and right now, I am very into Yorgos Lanthimos and some of his films like The Lobster. I guess people who do films that are not completely realistic, I enjoy that very much!

David: Is there a “Kirsten Tan” style of filmmaking or common themes that you are interested in?

Kirsten: When I make films, I am pretty instinctive. It comes from somewhere that I can’t really explain, but when I look back at the patterns of all my past works, certain themes seem to naturally emerge. For some reason, there is always this element of ‘time’ in my films. I think that’s mainly because I am interested in existence, in life itself, and I feel that ‘time’ kind of marks how we live on Earth, so I am naturally interested in the element of ‘time’. All my works also reflect a certain kind of humor and pathos. I like a balance of comedy, a certain type of comedy that is not slapstick and is kind of ‘off’, and I try to balance that with melancholy, to use these two elements to counterbalance each other. The tone never gets predictable in my films.

What Inspired Kirsten to become a filmmaker

David: Tell us more about the process of writing Pop Aye. What inspired you at the very beginning?

Kirsten: Before I left for New York, I actually lived in Thailand for two years. When I lived in Thailand, I was in my early to mid-twenties, and it was one of the first time in my life where I live somewhere that is completely different from Singapore. A lot of my memories of Thailand were really fresh, it felt like I could do anything in Thailand and it was there that I found a way to see life differently. I learnt a lot how to live loosely but still meaningfully while I was in Thailand and when time came for me to write my first feature film, a lot of memories actually came back. I do remember it was very common back then to see elephants roaming city streets begging for money and that image always struck me because it is very sad to see an animal as majestic as an elephant and yet you see him right in the middle of a concrete jungle. It is sad and yet at the same time there is also something surreal about it, how this elephant is removed from his natural environment to live amongst man. This whole idea of displacement was very captivating for me because I am also someone who lives everywhere. The elephant was the first idea that made it into my script and the second idea was the road itself, making this into a road movie.

How Kirsten found Bong the elephant, and the challenges during filming

David: Who are some of the key people that have supported you in your filmmaking journey? Kirsten: I think my brother is my very first supporter and the really sweet thing is that even if I am a terrible filmmaker, he would continue supporting me and I think that is the most wonderful thing! These are the kinds of people you need in your life who would hold you and support you even if you are a nobody. He was there for me when I have no confidence in myself and he would be comforting and it was ok whether I wanted to be a filmmaker or not. Along the way, there are also others who have helped me, like my professors at NYU who went through many versions of drafts of my scripts, and when it came to the making of Pop Aye, Anthony Chen actually reached out to me asking “Are you making your feature film? If you are, I would like to help you.” That’s really a pleasant surprise for someone to reach out from nowhere offering assistance and I guess for Anthony, he was trying to help the Singapore film industry and he has been there before the entire process of making your first feature and how hard it is when you are doing it alone. I’ll always be grateful for that. And also my entire crew who came along on a really difficult shoot, and now when I think about what I have put them through, I actually feel grateful that they are still talking to me and we can still be friends.

David: What do awards and accolades mean to you? Kirsten: I think awards are important to a certain degree. In some ways they are a validation, the stripes that you earn, almost like street cred, it gives people and funders more confidence to fund and support your next film and perhaps brings more audience to your work. But that CANNOT be the reason why you make films. In some ways, awards are subjective to the subjective tastes of the jury, so if you pack your self-worth you can easily get destroyed. The reason why I make films is that creating give me a buzz such as when I am writing down a shot list or thinking of ideas, these are the things that make me feel naturally high, and there’s nothing else that I would rather do. Filmmaking is also the privilege to be able to tell the world the stories that I have and show them some of my personal attitude, and I think is the most precious thing to me.

David: What are some of the most memorable experience of screening Pop Aye at film festivals? Kirsten: One of my most memorable festival experience is at Sundance itself, that was when the film had its World Premiere. It was snowing and very cold at that time in January, and the film was playing at the Egyptian theatre around 7 pm. We arrived at 6:30 pm and we had to wait in the lounge before they would bring me in to introduce the film. At some moment, I decided to step out and take a breath, and knowing it was a sold out screening, I saw a whole line of people just waiting on the wait list line to get tickets to watch my film! It was just very moving to me as a filmmaker knowing there are so many people in the world who actually cherishes cinema so much. They knew in all likelihood that they wouldn’t get in and the queue was quite a significant queue at about 40 meters! And I guess it is very moving for me especially coming from Singapore where it is so hard to get audiences to be interested in cinema much less arthouse cinema and it felt very encouraging that there are people in the world who would pay attention to your work. That was a precious moment to tell me to keep going on because there are audiences out there in this world who would care.