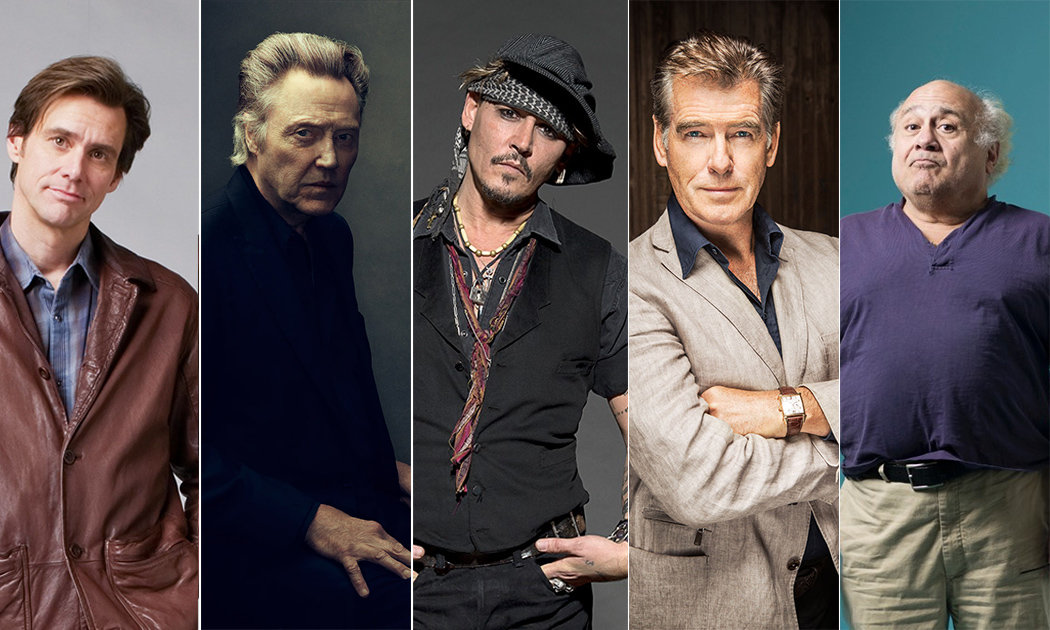 For many actors, their rise to stardom are often rags to riches stories. Sam Worthington was a bricklayer in Australia, before making the bold move to live out his dreams. When he learnt that he was cast in Avatar, the actor was actually living out of his car. Many others waited their turn in the spotlight while waiting tables, like Sandra Bullock, Julianne Moore, Jennifer Aniston and more. Then there are some actors, who held jobs you never would have imagined, like these five. Born Ronald Walken, the actor whom we know as the headless horseman from Sleepy Hollow is known for his love for dancing (he choreographed his own dance in the Fatboy Slim's music video for the song "Weapon Of Choice”, which won six MTV awards in 2011) and his deadpan way of talking (labelled as the Deadpan Effect). Before his career breaking role in Annie Hall (1977), Christopher Walken worked as a lion tamer at a circus, when he was only 15. The lion’s name? Sheba. Before pursuing his dream of acting and becoming the evil Penguin (Batman Returns) we love to hate, Danny DeVito has more modest aspirations. After graduating from high school, he lacked interest to further his studies, and chose instead to learn the art of hairdressing at his sister’s beauty parlour. He did shampooing and set hair for women, and even attended a beauty school in New Jersey. He decided to switch it up and did hairdressing work for corpses. He once shared, “What happens when you get old? You pass. And you want to have a nice hairdo." He added, “I used to go to the mortuary. There she would be – it was only women's hair I did – and she didn't talk back." As Captain Jack Sparrow in the Pirates of the Caribbean series, Johnny Depp charmed his way through many precarious predicaments to always emerge unscathed. Outside of his pirate garb, the heavily inked Depp is a moody rocker that probably doesn’t engage in much idle chit-chat. Which is why it’s hard to imagine that once, many moons ago, Depp was a telemarketer, hawking pens. He recalled: ''The beauty of the gig was that you had to call these strangers and say, 'Hi, how ya doing?' You made up a name, like, 'Hey, it's Edward Quartermaine from California. You're eligible to receive this grand-father clock or a trip to Tahiti.' But he didn’t feel comfortable about the hard-selling, “you promise them all these things if they buy a gross of pens. It was just awful. But I actually think that was the first experience I had with acting.'' In fact, he felt morally compromised about what he was doing that after the one sale that he did make, he went back to talk the customer into not buying. As the crazy Pet detective Ace Ventura to the even crazier guy in The Mask, you would have thought that Jim Carrey’s life is a lot of laughs. Hardly. Born James Eugene Carrey to a family of four children, Carrey’s family struggled to make ends meet when his dad lost his job. The family was so poor that they had to live out of a van. He supported his family by working nights, along with his family, to clean an Ontario warehouse. Then at 15, he had to quit school altogether to be a janitor full time, a period that the actor shared was a frustrating time in his life. These days, acting has taken a back seat in Carrey’s life. Instead, he expresses himself through painting, and has proven to be quite a talented artist. As the suave, charismatic James Bond, there doesn’t seem to be anything Pierce Brosnan can’t do, including fire-eating. As a 16-year old, the young Brosnan was studying acting at the Oval House (an Off-West End theatre in London) and chanced upon a workshop teaching people to fire-eat. He was intrigued not by the instructor, but by a handful of topless women in the class, and he decided to join in. He started performing after his workshop ended and was picked up by a circus agent, who signed him up for three years. Brosnan put his fire eating skills to good use in a 1982 episode of Remington Steele, titled High Flying Steele.

In an episode that he did for the Muppets, Brosnan suffered burn-black blisters in his mouth after the prop guy used white gas instead of kerosene. Here’s the clip of his performance: