Mad Max - A Movie Trilogy for the Ages Mad Max is one of those characters that spans years and years and is still just as popular as it was in 1979. That’s quite a long time. How many of us can even remember what we were doing in 1979? In fact, some Mad Max fans hadn’t even been born when the first Mad Max movie debuted. 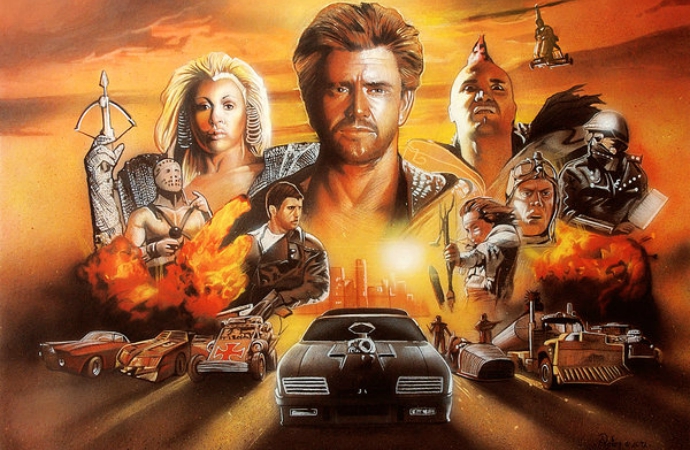 There are three films in the trilogy, Mad Max, Mad Max 2: Road Warrior, and Mad Max 3: Beyond Thunderdome. And all of them have been major box-office hits. The first Mad Max introduced the world to Mel Gibson who, of course, was the star of the film. And no matter what might have happened in more recent years involving alcohol and antisemitism, Mel is one of the finest actors and directors of our time. President Trump is right about one thing, and that is that the media will latch onto anything adverse and play it for all it’s worth. Mel was crucified by the media for mistakes that less famous men might've made without a word in the press. But the fact is that the man has amazing talent and always will. Back in 1979, Mad Max director George Miller believed in the project so much that he worked long hours as a doctor in an emergency room to raise the rather tight $350,000 budget. He went on to direct the second and third Mad Max films, as well as The Witches of Eastwick.

The film took 12 weeks to shoot in the Melbourne area of Australia. They used old police cars and most of the cast wore vinyl police uniforms because the budget wouldn’t allow for leathers. Kawasaki donated the motorcycles in a product placement deal and some of those bikes went home with the bikers featured in the film. Remember the yellow Interceptor that Mad Max drove? Well, that was actually a Ford Falcon XB sedan originally owned by the police department of Victoria, Australia. And Mel was still a drama student at the time and was paid $10k for his work, while the extras only received beer for theirs. Last but not least, bet you didn’t know that the stunts were all totally illegal and were really rushed to avoid being caught by the local authorities. Then in 1981, Miller again directed superstar Mel Gibson in Mad Max, Mad Max 2: Road Warrior, in which Mel had only 16 lines of dialogue. In spite of that, this film was Mel’s favourite of the Mad Max trilogy. The film included more than 200 stunts and 80 vehicles. And one of the stunts involving a tanker rolling over was so dangerous that the stunt driver was ordered not to eat anything for 12 hours prior to doing it just in case he had to have surgery following the stunt. In 1985, Mad Max 3: Beyond Thunderdome was released with Tina Turner co-starring with Mel. A little-known fact is that Jane Fonda was actually considered for the part but Tina did a great job. As usual, Mel was again phenomenal in the title role. Also, there was a major sandstorm toward the film’s end and it was actually real. It struck while they were shooting in the desert and forced the entire cast and crew to run for cover in their vehicles. Anyone who hasn't seen the Mad Max trilogy is missing out on one of the most exciting events in film history. There's probably never been a single character as compelling as Max and there very well may never be again.