Where to Find Harry Potter in Fantastic Beasts While the revolutionary Harry Potter series is about a young boy who discovers his magical lineage along with the elusive wizarding world in modern-day Britain, its spin-off Fantastic Beasts tells the tale of a young British wizard's series of misadventures in 1920s America. Both take place in the same magical world but at different time periods. In fact, many of the plot lines that form the backstory for the Harry Potter series have their origins in this unexplored period of history in the wizarding world. 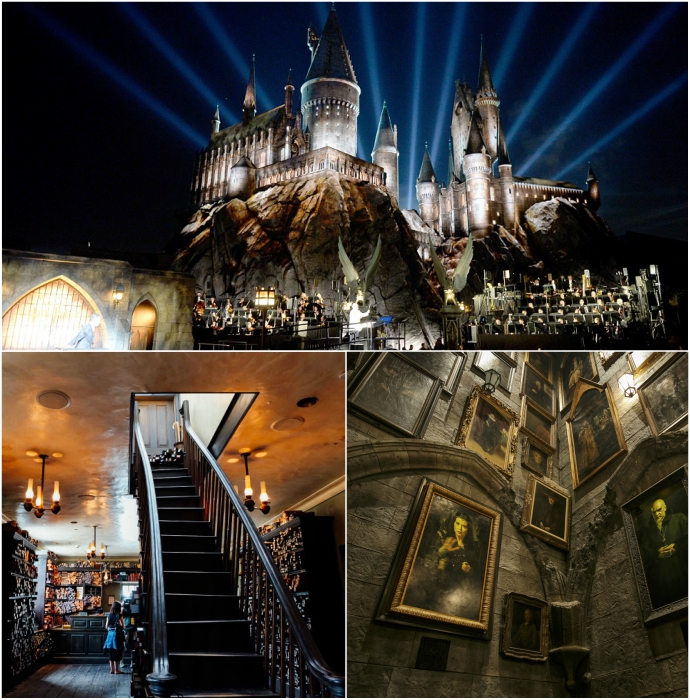 The Wizarding World of Harry Potter at Universal Studios Hollywood

Let us explore six connections between these two films to get a better understanding of the main plot lines they share.

Spoiler Alert!
If you have not yet seen one or more of these movies, then you are in for some major spoilers ahead. Right from the start of Fantastic Beasts, it is clear that Grindelwald is top of the list for most-wanted criminals in the wizarding world of the early 20th Century. He eventually emerges as the main antagonist in the film, though very little is revealed about him or his motivations. However, we know from the main Harry Potter series that Grindelwald was an infamous dark wizard who was defeated by Dumbledore in a massive duel 20 years after the Fantastic Beasts story.

Fans of the main series will definitely recognise the name "Lestrange", a name belonging to the evil witch Bellatrix, who was responsible for the death of Harry's godfather, Sirius Black. While she is not yet born during the time of Fantastic Beasts, one of Newt's closest friends at Hogwarts was one bearing this family’s name - Leta Lestrange.

The Deathly Hallows are three legendary magical objects (Elder Wand, Cloak of Invisibility and Resurrection Stone) that together will make the owner invincible. While the Hallows themselves are not mentioned, we know that the main antagonist in Fantastic Beasts ends up seeking them out so that he can control their power and change the wizarding world to meet his desires.

The Obscurus is one of the main elements of the Fantastic Beasts story. An Obscurus occurs when a magical person is forced to hide and suppress their latent magical talent, which can lead to extremely violent outbursts of magical abilities. We know from the main series that Dumbledore's sister suffered from this condition, and her eventual death was very formative in Dumbledore's backstory and his beliefs about the relationship between the magical and Muggle worlds. While the Hogwarts houses of Hufflepuff and Ravenclaw take a backseat in the main series, at the end of Fantastic Beasts we see Newt wearing a Hufflepuff scarf. Fans of this less prominent house will be excited to know that the main hero of this prequel is a proud member of house Hufflepuff.

Highlight Reel from A Celebration of Harry Potter

Note: Please register free as Movie Fan on CATCHPLAY ON DEMAND, select any movie and click to redeem the promo code at checkout point. Only one (1) promo code may be redeemed per user account for any ONE Movie. User can start watching the movie from a personal computer, tablet or mobile; can also be cast on TV using Chromecast or AirPlay for better viewing experience!