Ming-liang Tsai is one of the most celebrated filmmakers of Taiwan Cinema, with ten feature films having won major awards at many international film festivals, such as Venice Film Festival, Berlinale, Singapore International Film Festival and the Golden Horse Awards. A multi-faceted artist, Tsai has also made many short films, television dramas, theatre plays and, more recently, has dabbled in art and video installations. His love for cinema and the unique style of his films can be traced back to his formative years in Kuching, Malaysia, where he experienced a very slow pace of life and where his grandparents frequently took him to the cinema. He was exposed to popular films of the time such as the Wuxia classic “Dragon Gate Inn”, a film Tsai would later pay tribute to in his ode to old cinemas called “Goodbye, Dragon Inn” (2003). When Tsai reached his twenties, he left his hometown for Taipei where he studied film and drama at the Chinese Culture University. It was during this period that he was exposed to European arthouse cinema, including the French and German New Wave, and some of his biggest influences came from auteur directors such as Francois Truffaut, Rainer Werner Fassbinder, Michelangelo Antonioni and Robert Bresson. Shortly after Tsai graduated, he started to write and direct his own plays, sometimes even acting in them. He also started to write for television and film while gaining a foothold in the industry. One of the screenplays he co-wrote is Run Away (1985), the acclaimed Wuxia film directed by Toon Wang. From 1989 onwards, Tsai started to direct his own telefilms, and it is from two of these telefilms, “All Corners of the World” (1989) and “Boys” (1991) starring Kang-sheng Lee, that he discovered his life-long muse, Hsiao Kang. Rebels of the Neon God
The first three feature films made by Ming-liang Tsai, like many of his contemporaries at that time, including Ang Lee, were financed and produced by the Central Motion Pictures Corporation. His feature directorial debut, Rebels of the Neon God, is a story about disaffected youth, which Tsai himself describes as an attempt to make a film that was “more documentary, and more real” dealing with everyday life in Taipei. Vive L'Amour
Rebels heralded the arrival of a young auteur filmmaker and very soon Tsai made a big impact on world cinema by winning the prestigious Golden Lion Award at the Venice Film Festival with his sophomore film, Vive L'Amour. This came only five years after Hsiao-Hsien Hou’s landmark win at Venice with City of Sadness. The film also won Best Picture, Best Director and Best Sound Effects at the Golden Horse Awards. It is certainly one of Tsai’s most decorated films, quite an astonishing feat considering that it was only his second feature film. 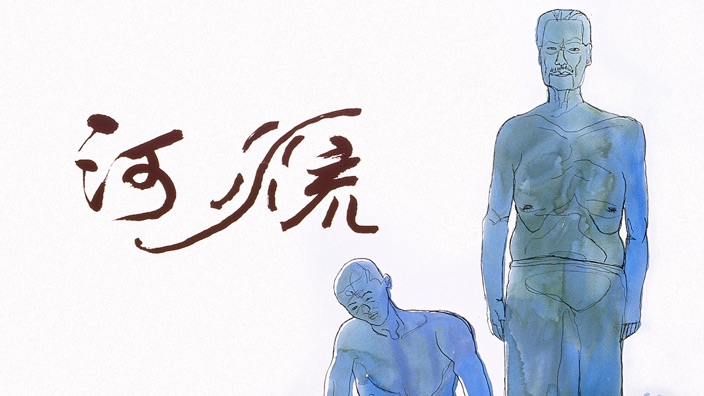 The River
Tsai’s third feature film, and his last film produced by CMPC, is possibly the bleakest and most transgressive of his entire career. Early in the film, there’s an homage to filmmaking as the camera goes behind the scenes with guest star Ann Hui (playing herself) as a director trying to shoot a scene using a mannequin to play a dead corpse floating in the river.