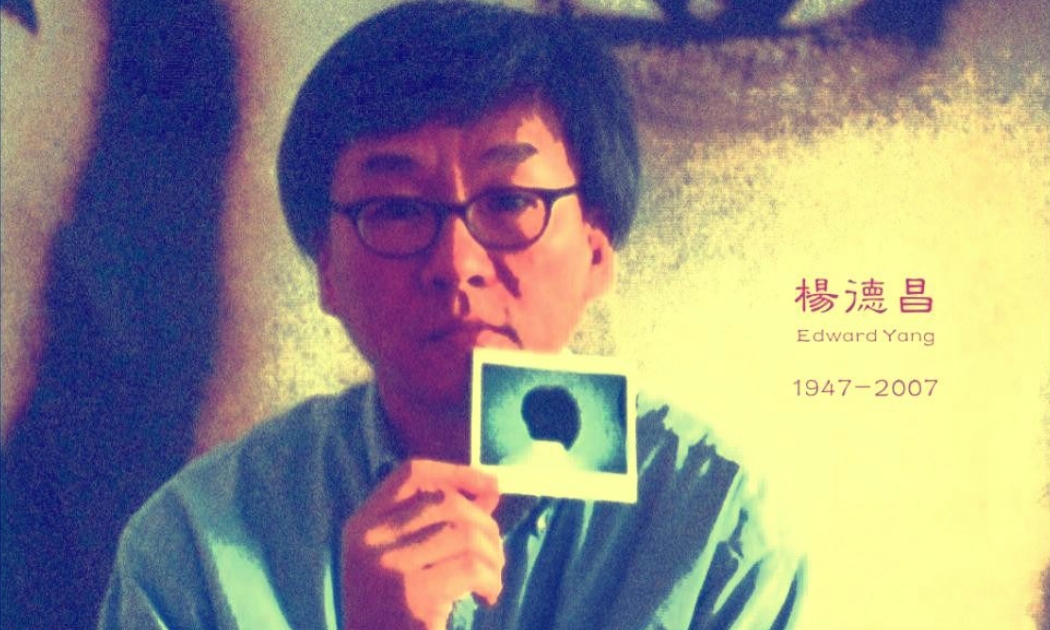 The late Edward Yang is one of the leading auteur filmmakers to have emerged from the 1980’s Taiwan New Cinema movement, alongside other luminaries such as Hsiao-Hsien Hou and Wan Jen.  However, he was also among the least prolific of his generation. In a career spanning almost two decades, Edward Yang directed only seven feature length films and two shorts. Despite his output, both Edward Yang and Hsiao-Hsien Hou are widely regarded as the leaders of the New Cinema movement and have wielded significant influence upon a younger generation of filmmakers. When he was not making films, Edward Yang actually taught filmmaking at the Taipei University of The Arts. His star-studded protégés include Wei Te-Sheng, who became his assistant director, director Chiang Hsiu-Chiung who was his student and who he cast alongside leading actor Chang Chen in A Brighter Summer Day. Edward Yang is one of the most visible faces of the Taiwanese New Wave, along with Hsiao-Hsien Hou and Ming-liang Tsai

Edward Yang’s directorial debut came about when he was given the opportunity to direct a short film, Expectation, as part of the seminal omnibus In Our Time (1982), whose success single handedly launched the Taiwan New Cinema, defining many of the movement’s stylistics trademarks and spirit of camaraderie.  Within one year of releasing In Our Time, Edward Yang would direct his debut feature film, That Day On the Beach (1983), which also marked the debut of renowned cinematographer Christopher Doyle. Yang followed up with Taipei Story (1984), where he collaborated with his fellow auteur Hsiao-Hsien Hou as co-writer and also cast Hou as leading actor alongside his own wife Tsai Chin. Yang continued with his series of films that dealt with themes and issues of urban life and relationships in The Terrorizers (1986), though stylistically this film was a marked departure and a huge leap in terms of artistic progression and story-telling. There are a number of narrative threads and leading characters in The Terrorizers. A professionally frustrated lab technician, Li (Li-Chun Lee), is desperate for a long awaited promotion, to the extent that he is willing to undercut a co-worker just to get ahead. There’s also the story arc of Li’s estranged wife, Chou (Cora Miao, who received a Golden Horse Best Actress nomination for this role), who’s a budding novelist struggling with writer’s block. There is an enigmatic Eurasian girl known as the White Chick (played by the very beautiful Ma Shaojun), who at the beginning of the film is fleeing from a criminal hideout that the police have shut down after a violent stakeout and where some of her friends have been shot dead. When not living in a kind of captive-like existence with her mother, the White Chick is running a scam posing as a prostitute and hustling her clients. Last but not least is the young photographer (Wang An) who becomes obsessed with taking pictures of the White Chick, at the same time as observing the life of the city around him in a way that is quite reminiscent of Michelangelo Antonioni’s Blowup. Edward Yang was a self professed fan of Antonioni and this film has been compared both thematically and stylistically with the post-modern art films of the Italian auteur. Though it should also be noted that The Terrorizers is much more violent and cruel in comparison to the work of Antonioni.
The multiple narrative strands are intercut freely and often ricochet off one another.  The photographer first becomes fixated on the White Chick after he snaps a picture of her fleeing with a sprained ankle from the opening shootout, an operation led by a police detective (played by veteran actor Ku Baoming) who happens to be a buddy of Li.  Released from hospital into her mother’s care, the White Chick fills her days by making prank phone calls, one of which reaches Chou and precipitates the dissolution of her marriage. Li, who is lost in both his love life and professional life, turns to the same detective buddy for support and then makes off with his service revolver in a bloody score-settling rampage which, as presented, may be nothing more than a fiction imagined by his writer wife. Edward Yang was a self professed fan of Michelangelo Antonioni, drew inspiration from Antonioni's Blow Up

Helping Yang seamlessly weave all these elliptical narrative threads together is editor Liao Ching-Song who handles this complex material in a diametrically opposed way of editing to his most frequent collaborator Hsiao-Hsien Hou and his static long takes. In The Terrorizers, Liao loves to disconnect the sounds and images in such a free-wheeling way that it links different temporal spaces, while at the same time resonating with the emotional states of the characters. One good example is the iconic Smoke Gets In Your Eyes montage scene which starts off with the mother of the White Chick putting on the record player at night and starting the music to soothe her loneliness. As the scene progresses, in a rare moment of affection she comes to the bedside of her daughter, gently touching her cheeks in the shadows. As the song continues, the filmmakers cut to a close-up picture of the face of the White Chick in a different time and space, which is that of the photographer’s studio. It is bright daylight and he is quarreling with his seemingly jealous girlfriend who is trashing the photographer’s negatives and countless pictures of the White Chick. The climax of the song coincides with the dramatic close-up of the girlfriend turning her head, only to realise as she looks out to the balcony that her boyfriend has disappeared. The subtle changes in mood, temporal and physical spaces are conveyed with just a few deft edits, truly the work of cinematic masters! As complexly layered and self-reflexive as Antonioni’s Blow-Up, The Terrorizers is Yang’s ultimate statement on the alienation of modern urban living and the ills of capitalism

In particular, the cinematography of The Terrorizers is simply gorgeous, a huge development from Yang’s previous films. Every scene is beautifully lit, and plays with a multitude of shades of colour, light and shadow, all enhancing the mise-en-scene. The visual style of richly contrasting light and shadow looks ahead to Edward Yang’s next film, A Brighter Summer Day, released five years later in 1991, which effectively portrayed the dark days of gang fights and White Terror in 1960’s Taiwan. Though many audiences see A Brighter Summer Day as Yang’s magnum opus, alongside his final film Yi Yi, The Terrorizers is an independent and hugely ambitious film in its own right. As complexly layered and self-reflexive as Antonioni’s Blow-Up, The Terrorizers is Yang’s ultimate statement on the alienation of modern urban living and the ills of capitalism, themes which he would continue to explore in two other films in the 1990’s, A Confucian Confusion and Mahjong (1996). In terms of recognition and accolades, The Terrorizers gained Edward Yang’s very first Best Feature Film at the Golden Horse Awards and can be considered to be his first true masterpiece. His passing in 2007 was a huge loss to Taiwanese culture and World cinema simply because there would be no more new films by Edward Yang. The only consolation is the legacy that he has left behind.