Peter Chan Ho-Sun – the Producer with the Midas Touch Peter Chan Ho-Sun, besides being a critically acclaimed director, has also been a producer since the early days of his filmmaking career. In the 1990’s, he produced many of his own hit films, such as He Ain’t Heavy, He’s My Father (1994), He’s A Woman, She’s A Man (1994) and Comrades: Almost A Love Story (1996) through the United Filmmakers Organisation (UFO), a company that he co-founded. With box office success and critical recognition, UFO and Peter Chan became a brand name for quality films in Hong Kong cinema. Applause Pictures 2000 - 2006 – Pan Asian Filmmaking Talent and Content
The late 1990’s saw a decline for Hong Kong cinema in terms of distribution and box office returns, as well as seeing an exodus of talent and stagnation in creative content. To seek new opportunities, both in terms of business and talent, Peter Chan, together with fellow Hong Kong filmmakers Teddy Chen and Allan Fung, started Applause Pictures in 2000. They aimed to forge new ties with Pan-Asian filmmaking talent and to tap into co-production and distribution opportunities with new-found partners, spanning across Asia from Thailand, South Korea and Japan, to Singapore.

Some of the company’s earlier hits included the anthology horror franchise Three and Three… Extremes, which saw Applause Pictures working with diverse directors such as Jee-woon Kim and Chan-wook Park from South Korea, Takashi Miike from Japan, Fruit Chan from Hong Kong and Nonzee Nimibutr from Thailand

Applause Pictures worked again with Nonzee Nimibutr producing his sexually explicit Thai melodrama Jan Dara (2001), a film that found success beyond the domestic market in Thailand, largely thanks to the marketability of its Hong Kong star Christy Chung. Applause Pictures also collaborated with Singapore’s Mediacorp Raintree Pictures, at that time run by creative producer Daniel Yun, their first hit film being The Eye (2002). About a young girl who can see ghosts following an eye operation, the film brought Malaysian singer-actress Angelica Lee Sinjie her first Golden Horse Award for Best Actress, and was a major hit across several territories, from Singapore to Hong Kong and Taiwan, spawning two sequels The Eye 2 (starring Qi Shu) and The Eye 10. New directing talents were also discovered: Danny and Oxide Pang, aka The Pang Brothers, who originally came from Thailand but have since been based in Hong Kong, and who are now a brand name in horror movies. Japanese Movie Flyer (aka Chirashi) - Jan Dara and The Eye

At the same time, under the direction of Peter Chan, Applause Pictures did not neglect Hong Kong-centric films, as can be seen from the longevity of the Golden Chicken series. Starring Peter’s own wife, Sandra Ng, as a middle-aged prostitute with a heart of gold, coupled with its never say die attitude to learning new tricks, the Golden Chicken movies have been hailed as a reflection of Hong Kongese spirit, with a strong dosage of nostalgia as well as local Hong Kong culture. Its plethora of uncanny cameo appearances from stars, such as Eric Tsang, Eason Chan, Tony Leung Ka-Fai and Jacky Cheung - a popular strategy for Chinese New Year movies - proved to be a hit with fans of Hong Kong cinema and popular culture. One of Peter Chan’s last movie productions to exploit this Pan-Asian production and distribution model was probably Protégé (2007), a prestige project led by veteran Hong Kong director Derek Yee. The story delves deeply into the drug trade, showcasing its entire spectrum from its source, right down to distribution and the lives of drug users in South East Asia and Hong Kong. Protégé is certainly more realistic and socially conscious than the usual run-of-the-mill Hong Kong triad movies, and its sub plot of a mole infiltrating into a gang comes after the hugely successful Infernal Affairs series. Protégé was both a commercial and critical hit, earning 15 nominations at the Hong Kong Film Awards, and winning Best Supporting Actor for Andy Lau, who shed his idol image and played a drug lord. Besides investment from Singapore, Protégé also had backing from China, a clear signal of things to come

WE Pictures- Making Films for the China Market
Peter Chan had already gained a foothold in the lucrative China market back in 2005 with the initial success of the self produced and directed musical Perhaps Love. However, it was only with the setting up of WE Pictures in 2009 that the direction of his movies firmly pivoted towards China. The mission statement of the company was to transform the outlook of Chinese language cinema, with Hong Kong as its creative base. Every aspect of their films, from production to promotion and distribution, was to be conducted under the roof of WE Pictures. Its first major movie, Bodyguards and Assassins (2009), a period action drama directed by Peter’s long time creative and business partner Teddy Chan, boasted A-list Hong Kong stars Leon Lai, Donnie Yen, Ka-Fai Leung and Nicholas Tse opposite top Mainland Chinese actors such as Bingbing Fan, Wang Xueqi and Jun Hu. The film won a total of 8 Hong Kong Film Awards, including Best Film. Alongside Peter’s very own Comrades: Almost A Love Story (9 awards) and The Warlords (8 awards), Peter Chan has been involved in the top three films with the most statues won in the 30-year history of the Hong Kong Film Awards. 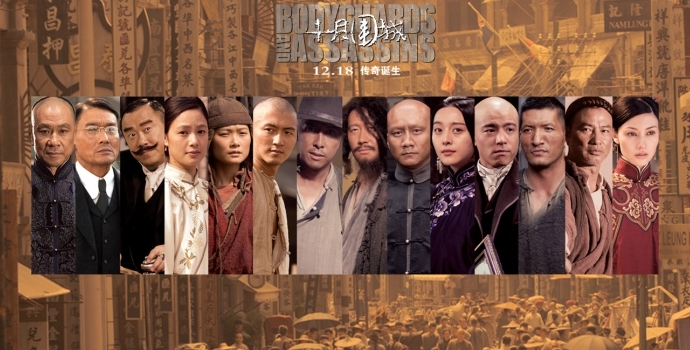 Bodyguards and Assassins, boasted with A-list Hong Kong and Mainland Chinese stars was a huge box office success earning RMB300 million in China and over US$50 million in Asia

As producer and Chief Executive of WE Pictures, the hit making company has weathered some critical flops, such as The Guillotines, which, similar to Dragon, was a loose remake of a Wuxia classic, and Mr and Mrs Incredibles, an attempt at making a Chinese super hero comedy set in ancient China. Nevertheless, Peter Chan and WE Pictures have never given up experimenting and discovering new talent. Their latest movie, Soulmate (2016), a coming of age tale of two girls who are close friends from adolescence to adulthood, became a major box office and critical hit, winning joint Best Actress Awards for Zhou Dongyu and Ma Sichun at the recent 53rd Golden Horse Awards, and elevating Hong Kong actor-director Derek Kwok as a new auteur to look out for. 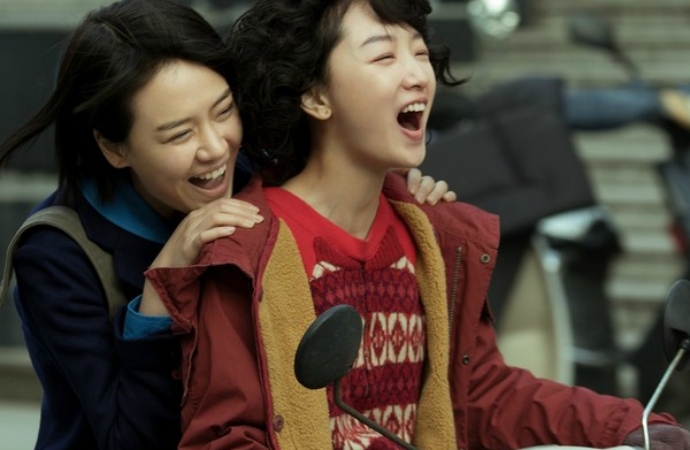 Zhou Dongyu and Ma Sichun in Soulmate, based on the web-novel Qiyue and Ansheng

His acumen for spotting new trends and new talent, coupled with his long established box office track record and critically acclaimed films, makes Peter Chan and WE Pictures a successful brand name for quality film production. In a recent survey conducted by the Hong Kong Trade Development Council, Chan was voted “most valuable filmmaker”, and certainly audiences and industry continue to anticipate his work, whether as director or producer.