What do the Most Adorable Celebrity Babies Look Like Now? 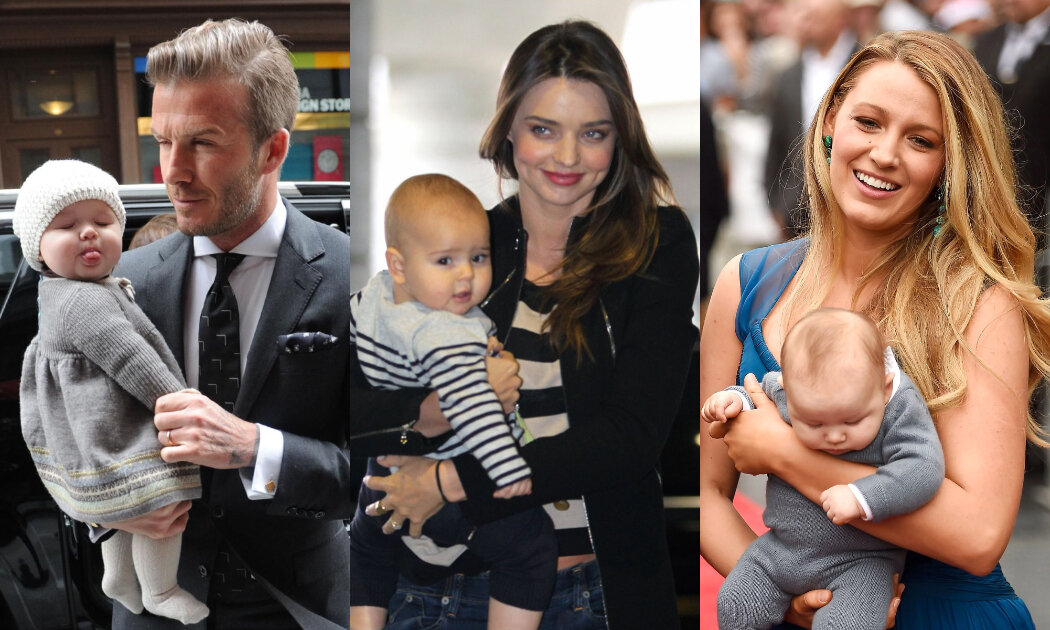 When Shiloh Jolie-Pitt came to earth on 27 May 2006, she created quite a stir, thanks to her famous parents - Angelina Jolie and Brad Pitt. Magazines lined up for a chance to capture her picture for their cover; People magazine won the order of showing a newborn Shiloh Pitt to the world. Her parents bought all possible domains with permutations of her name. She had a lot to live up to. Since then, she has been consistently captured in the tabloids with cherubic cheeks, big eyes and thick lips inherited from her parents. She was also the youngest model to be created as a wax figure, alongside her parents at Madam Tussauds in New York.

At one point, Shiloh wanted to be known as John or Peter and only wore shorts or pants. But more recently, she has had a significant makeover, looking increasingly like a lady. At 16, she has lost her cherub cheeks, but her saucer eyes and Jolie’s lips remain, as is our fascination with celebrity babies. And with that, here’s a look at other adorable celebrity babies that captivate us. 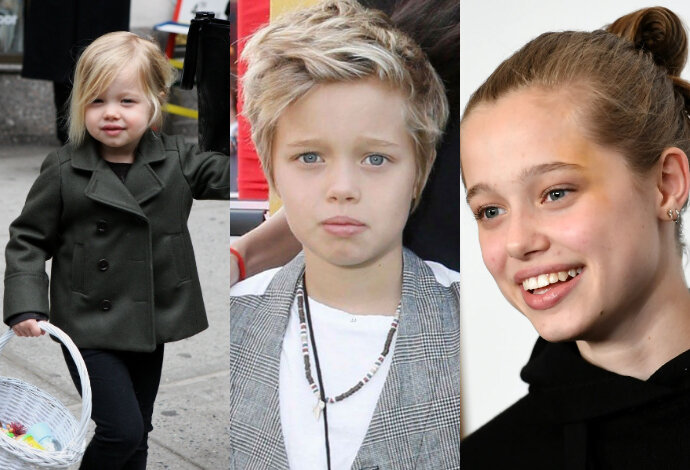 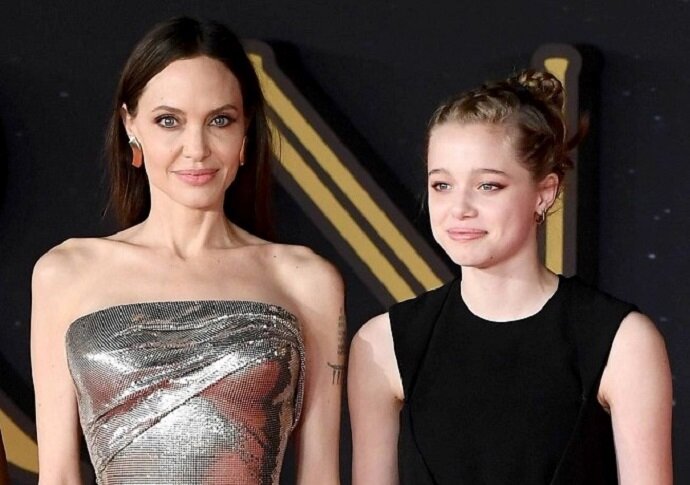 Like her peer, Shiloh, Suri Cruise’s birth was highly anticipated. Her famous parents, Tom Cruise and Katie Holmes, were more reserved in their presentation of her, preferring to showcase her to the world much later than Shiloh. And the wait was worth it. Her parents appeared with her on the cover of Vanity Fair five months after her birth, and we instantly saw her resemblance to her father. Her parents’ divorce may have dominated the headlines, but our interest in her never dimmed. Now living a low-key life in New York with her mother, Suri has grown into a mini Holmes and looks incredibly lovely. 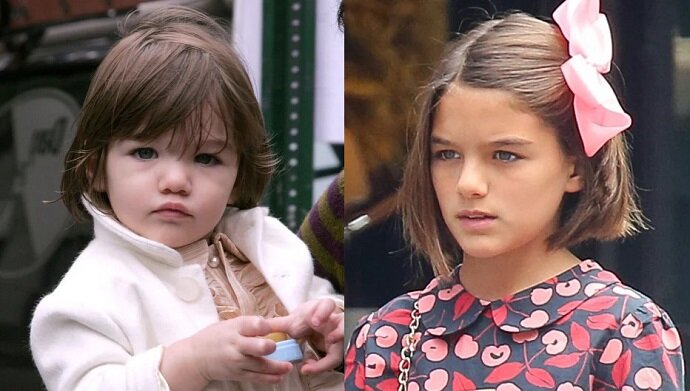 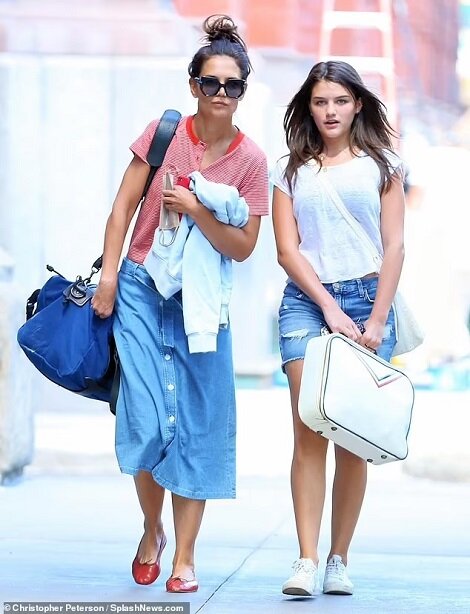 What do you get when a dashing actor and a supermodel have a baby? A darn cute one, that’s what. Flynn Christopher Bloom, now 11, is the offspring of British actor Orlando Bloom and Australian supermodel Miranda Kerr. The couple welcomed Flynn in 2011 and mostly kept him out of the limelight, preferring not to show his face on social media. He did appear with his mother on the Who magazine cover when he was one year old.  His parents rarely take him to events to shield him from the spotlight, but from what we can see, the 11-year-old Flynn is a lookalike version of Bloom. 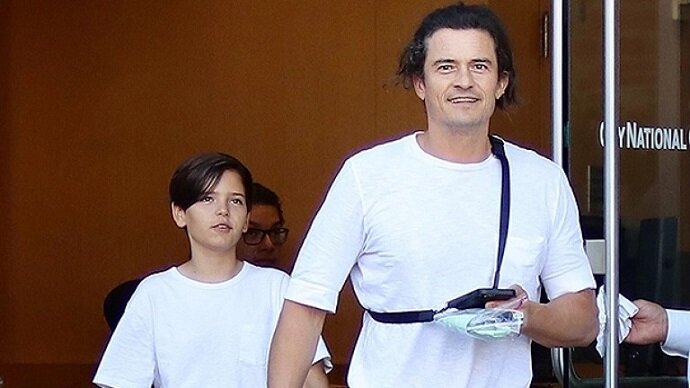 Born in 2016, Inez Reynolds is a Hollywood royalty, thanks to her parents, Blake Lively and Ryan Reynolds. We first caught a glimpse of her at the ceremony where Reynolds got his Hollywood star on the Walk of Fame. Reynolds’ second child stands out with her ”shadiness”. According to her father, she is super into villains, citing the example that Inez, when watching Beauty and the Beast, loved Gaston. At six, the chubby cheeks have given way to a growing resemblance to her famous mother, and we can expect that resemblance to grow stronger each year. There is no doubt that when Harper Seven Beckham was born, she would be thrust into the spotlight. The fourth child of soccer legend David Beckham and Posh Spice Victoria is the couple's only girl. Since young, she was the apple of her parents' and brothers' eyes, and unlike some celebrities, the Beckhams have no problem showing Harper off in public. We saw the tiny tot grow up in front of our eyes, usually immaculately dressed, thanks to her fashion-designer mother. And while mere mortals like us can only dream of meeting fashion icons like Anna Wintour, Harper was already sitting alongside Wintour at fashion shows before she was two. David and Victoria love doing everyday things with Harper, such as going out for walks, shopping and running errands, rarely shying her from the public's prying eyes. Now that Harper turns 11, she is still attending fashion shows with her parents, and has adopted her mother's stylish fashion sense. 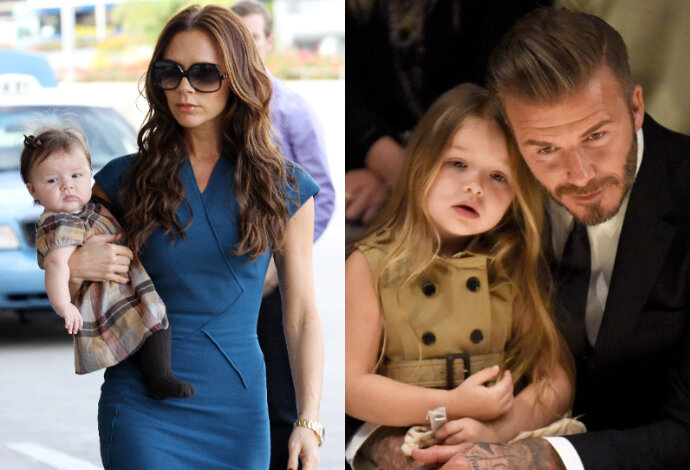 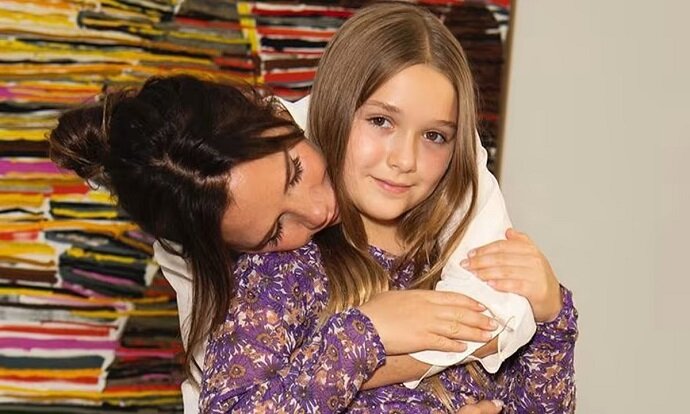 It’s hard to imagine that Reese Witherspoon has an adult daughter, considering how youthful Reese looks. But Ava Elizabeth Philippe is a glowing 23-year-old and a spitting image of her mom, so much so that the pair look more like sisters. Reese gave birth to Ava when she was 23 herself! She once lamented about the lack of support when Ava was born, and being so young, she had to learn the hard way to raise her child on her own when her then-husband, Ryan Phillippe, was away filming. But Reese managed and often brought Ava onto film sets with her. Reese’s daughter also makes frequent appearances on her Instagram. The proud mother often sings praises of her firstborn; she shares sons Deacon Phillippe with Ryan and is also mother to Tennesse James Toth, 10, with her current husband, Jim Toth. 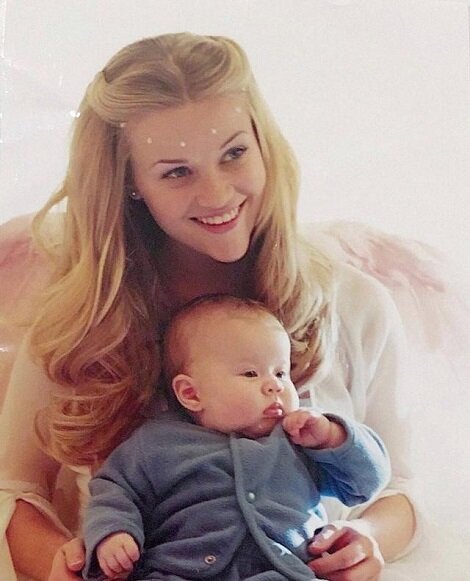 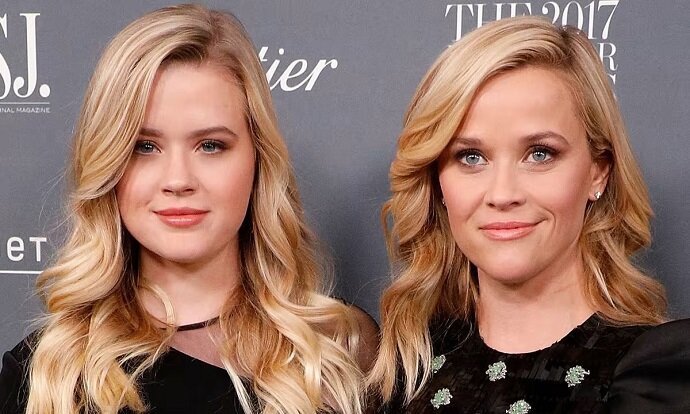 She is a Welsh beauty, and he is Hollywood royalty, and their firstborn, Carys Douglas has been living in the spotlight since she was born. The daughter of Catherine Zeta-Jones and Michael Douglas is now all grown up. The 19-year-old influencer and model has 170k followers on Instagram and looks like a younger version of her mother. Carys was born in 2003, and her mother was pregnant with her when filming her award-winning performance in the musical Chicago. Catherine accepted the Best Supporting Actress award at the Oscars when she was heavily pregnant with her. Since she was born, she has been at countless movie sets and red-carpet events with her famous parents. She even appeared on magazine covers with Catherine.
She graduated high school with honours in 2021 and has been pursuing modelling. Her mother has hinted that the youngster may follow in her parents' footsteps. 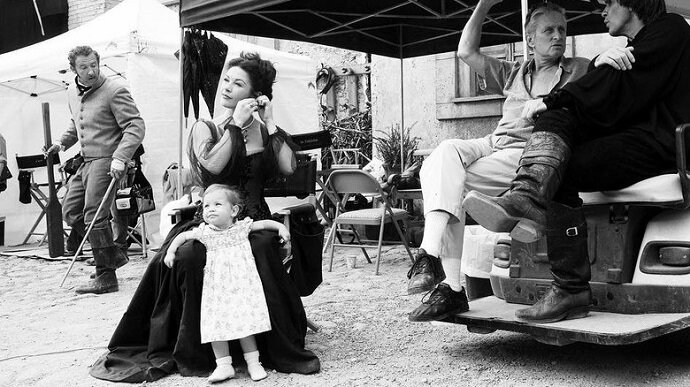 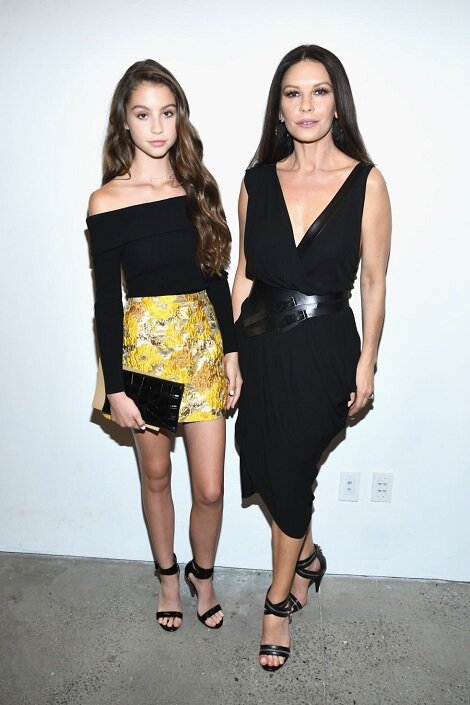