5 Reasons You Should Catch Twisted Strings Dive into the lives of the city inhabitants in the fictional city of Taiping, where a series of bizarre deaths occur over a week. Twisted Strings is mostly humorous, often whimsical and sometimes eerie. And here are five reasons why you should catch it. Inspired by a Nursery Rhyme

The title “Twisted Strings” is influenced by a popular Taiwanese nursery rhyme, although the series is hardly a nursery rhyme. Each episode is loosely based on a line from the nursery rhyme, which tells the story of a monkey’s life over seven days. Curious yet?

And if the intriguing plot isn’t enough to draw you in, surely the impressive cast would. Twisted Strings is one of the most star-studded dramas in Taiwan. Headlining the series are acclaimed actress Sylvia Chang and other big names such as David Wu, Kang-sheng Lee, Nikki Hsieh, Tony Yang,Yi Ti Yao, and Chun-Hao Tuan, among others. And there is Singapore representation too. Veteran actress Aileen Tan and resident heartthrob Romeo Tan also appear in the series. If these are not good enough reasons to catch it, we don’t know what is. Anchored by a Revered Director

You know you’re in good hands when major talents are involved in the backend. Screenwriter, actor, director and producer Hsiao-Hsien Hou is a prominent figure in world cinema, and some of his finest works are A City of Sadness and The Assassin. He clinched the Golden Lion at the Venice Film Festival in 1989 for the former and the Best Director award at the Cannes Film Festival in 2015 for the latter. And while he has worn many hats in the movie industry, Twisted Strings is his first foray into television; he serves as executive producer on the series. The series is written and directed by Golden Horse nominated director Xi Huang, whose debut film Missing Johnny was awarded the Best Screenplay award at the 2017 Taipei Film Awards. Huang had also worked with Hou on the movie The Assassin. An Intriguing Story in Every Episode

This may be a seven-part TV series, but the first six episodes all have a standalone story that is entirely on its own. And in the last episode, all the different stories will come together for a final flourish. We can’t wait to see how twisted the series gets! 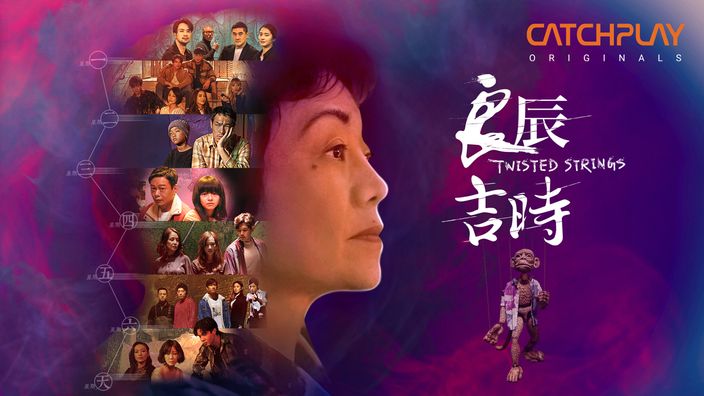