The Many Talents of Elle Fanning It's easy for us to think of Elle Fanning as a veteran actor, despite her only being 23 years old. After all, she has been a consistent presence on the big and small screens for over a decade now. During that time, Elle Fanning has proven to be a multi-faceted performer who takes on a wide variety of roles that has allowed her to show off many talents.

1) Doubling Up for Big Sis Elle Fanning was pretty much destined to become an actor, with older sister Dakota the first in the family to do so. Since Dakota needed her parents to watch her, Elle also spent lots of her early years on set with her sister. Her first roles often involved playing the younger version of Dakota's characters. These included Steven Spielberg Presents Taken (2002) and I Am Sam (2001). In Charlotte's Web (2006), she filmed scenes as the "future granddaughter" of Fern Arable played by Dakota. However, these scenes ultimately did not make the cut.

Interestingly, Elle was supposed to play Sophie Gray, the younger sister of Dakota's titular character in 2014's Effie Gray. Unfortunately, she had to be recast after a growth spurt resulted in her being taller than her older sister by several inches.

Have no fear, as the Fanning sisters will be reuniting in next year's The Nightingale. They will be playing a pair of sisters trying to survive and resist the German occupation of France during World War II.

Now, playing younger versions of your sister's characters is a pretty cushy gig, and Elle's first real role was of a similar vein. Elle voiced Mei Kusakabe in Disney's English dub of My Neighbor Totoro, opposite Dakota, who voiced Satsuki. Since then, she's also voiced Winnie, a human friend to the Boxtrolls in... well, The Boxtrolls (2014), as well as Félicie, a poor orphan girl who dreams of becoming a ballerina in 2016's Ballerina.

Taking voice lessons paid off big time for Elle. Besides helping her with voiceover work, they also came in handy for a pair of movies: 2017's How to Talk to Girls at Parties and 2018's Teen Spirit. In the former, Fanning plays Zan, a rebellious alien that falls in love with Enn, a punk rocker in the 70s. Of course, she has to perform a punk rock song - the very on-point Eat Me Alive.

In the latter, Fanning plays Violet, a shy teenager from a small village on the Isle of Wight. She dreams of pop stardom as an escape from her dismal surroundings and shattered family life. With the help of an unlikely mentor, Violet enters an international singing competition. So, of course, Elle does plenty of singing in this flick. In this movie, she covers:https://www.youtube.com/watch?v=Cr3A8tYlzW4 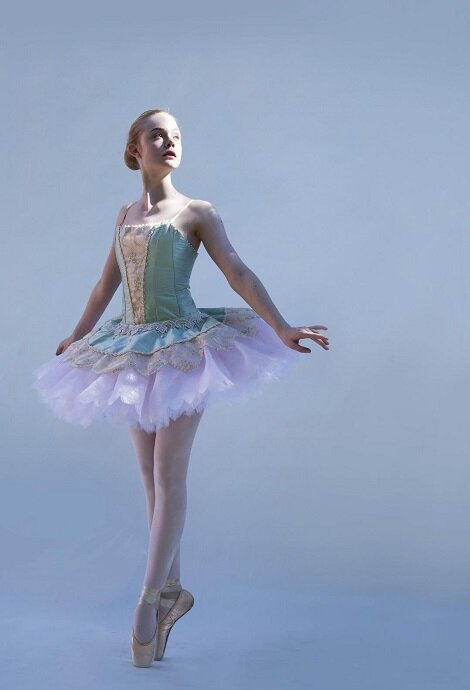 And now, the final piece that makes Elle Fanning a genuine triple threat: her dancing. Growing up, she took up various dance classes after school, including ballet, jazz, and hip hop.

In 2011, she revealed in an interview with Scarlett Johansson for um, Interview Magazine that if she wasn't an actress, she would have become a ballerina. She started taking ballet lessons at age 11, after doing ballet in the 2010 film, Somewhere.

"I go to ballet, like five days a week, and I love it so much, but that's the hardest thing I'll ever do in my life, no doubt. You're good or bad, and that's it. It makes you aware of your body. You have to be aware of every single muscle. It's cool to be able to have the ability and the posture. I also like the discipline of it. You can't be goofing around. You have to be very serious."

Fanning also put her dance skills to good use in The Nutcracker in 3D (2010), and of course, Teen Spirit. 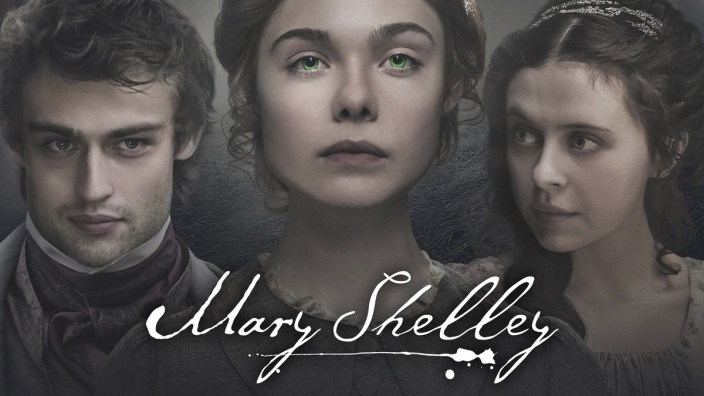 Did you notice that Elle's character in Teen Spirit is from the Isle of Wight? Yes... she speaks and sings with an English accent the whole movie. It's not the only time she's pulled off an English accent too. She first did an English accent in 2012's Ginger and Rosa. Then, she did so again in 2017's Mary Shelley and her TV series The Great. They're supposed to be Russian in the last one, but they all have English accents. Go figure. Last but not least, and perhaps the most significant sign that Elle Fanning is somebody in Hollywood circles. She's a producer who dictates the projects she really wants to work on. She was an executive producer on a short film called Visceral. In recent years, she's thrown her weight behind projects such as All the Bright Places and the aforementioned anti-historical romp, The Great.

For more Elle Fanning, check out The Neon Demon, Trumbo, and Young Ones.