Hunter Conrad (Haley Bennett) seems to have it all. She's a stay-home wife who only recently married Richie, a man who's set to take over as CEO from his father. It's all pretty rosy for Hunter, who seems to be the embodiment of a real rags-to-riches story. However, as with most things in life, things aren't always what they appear to be. Hunter doesn't really do much around the house, and her marriage is all one-way traffic. She's pretty isolated in both her marriage and domestic life. Everything comes to a head when Hunter becomes pregnant and develops a psychological condition known as Pica. 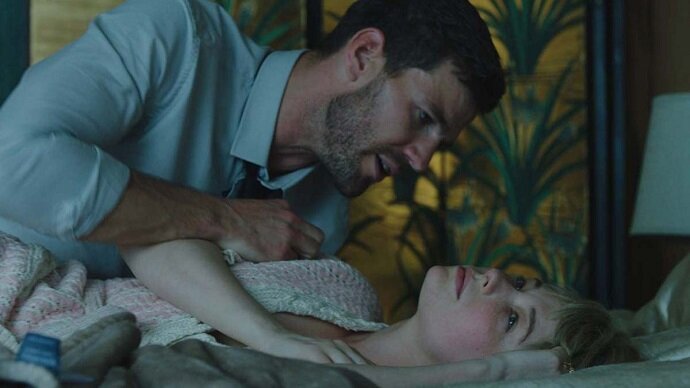 Pica is a psychological condition that compels the patient to swallow inedible substances or objects that are mostly non-nutritive. It starts with a marble. Then, thumbtacks, needles, rocks, metal figurines, and batteries. The film's cinematography complements the premise to a tee - close-ups of beautiful food eventually give way to cold hard objects, filling the proceedings with a cold, uncomfortable uneasiness prevalent throughout the movie. (Full disclosure: a close-up of ice cubes early on made me so anxious that I stopped drinking my iced water for the rest of it.) The actors get the same treatment, creating a suffocating atmosphere in many of the scenes. Haley Bennett, the Jennifer Lawrence doppelganger and the young mega pop star in Music and Lyrics, single-handedly drives the movie with her performance. She carries most of the film, slowly peeling back layers and years of suppressed hurt and self-loathing through the condition's worsening with conviction and physicality. It's a super impressive performance - nuanced enough to convey the struggles of mental illness but also goes the distance to make your insides churn. It's set up to be a showcase for the actress, and she delivers on just about every count.

If you can stomach the body horror genre, Swallow is definitely a worthy watch. Technically, the movie is wonderfully executed... and will bother you thoroughly if that's what you're looking for. The camerawork is provocative and a delight to watch. It may come off as a little heavy-handed in terms of its narrative impact, but that really is a minor complaint in the overall scheme of things. Swallow does all the little things right to unsettle you, and Bennett's performance delivers the emotional punch needed for the movie to work. 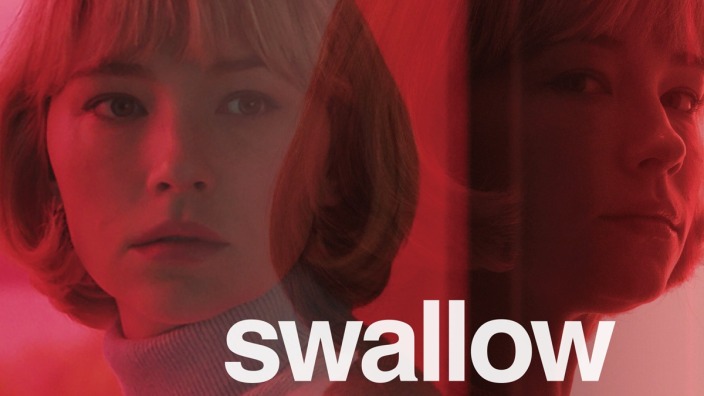