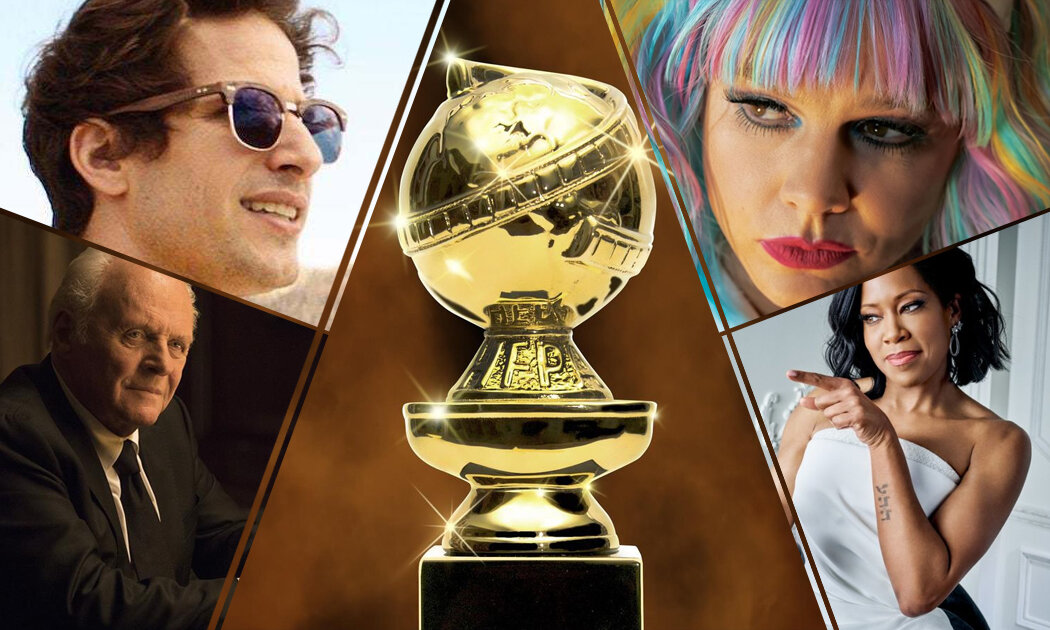 The Golden Globes are typically considered the first major ceremony to kick off awards season and are usually held on the first Sunday of the year. As with everything else, that’s different this time. The 78th Golden Globe Awards will be held on Sunday 28 February 2021, with the nominations just announced on 3 February. Sarah Jessica Parker and Taraji P. Henson announced the nominations virtually from their homes. Tina Fey and Amy Poehler will host the ceremony itself for the fourth time, but with a twist: Fey will host from New York and Poehler from L.A, with the usual big Hollywood dinner party scaled down to a virtual event.

The Golden Globes are voted on by the Hollywood Foreign Press Association (HFPA), comprised of almost 90 international journalists based in L.A. The film categories are split between “drama” and “comedy or musical,” meaning the playing field is wider than in other major film awards.

In years past, film studios and producers may have regarded movies that debut on streaming services as inferior to those with theatrical releases. However, that has steadily been changing, with movies like Roma and Marriage Story being players in previous awards seasons. In 2020, the floodgates were flung open, with the COVID-19 pandemic severely affecting theatrical exhibition of films, meaning many films that are nominated this year premiered on streaming services. Netflix’s Mank has six nominations, with five for The Trial of the Chicago 7. In the comedy category, Amazon’s Borat Subsequent Moviefilm has three nominations. Mank and The Trial of the Chicago 7 seem like standard awards season fare: both are based on historical events, with the former about filmmaking and the latter surrounding civil rights issues. The Father and Nomadland feature contemplative lead performances from Anthony Hopkins and Frances McDormand respectively. The outlier is Promising Young Woman, a bitingly satirical revenge thriller inspired by the #MeToo movement. Who’s snubbed: Ma Rainey’s Black Bottom, based on the August Wilson play, was expected to snag a nomination. The United States vs Billie Holliday and One Night in Miami were also tipped as possible nominees. Incidentally, all three are historical pieces with Black musicians as central characters.

Borat Subsequent Moviefilm marked the unexpected return of Sacha Baron Cohen’s signature character, with the antics depicted in the film making the news. Hamilton, a filmed version of the blockbuster stage musical, was shot in 2016 but released last year. The critically acclaimed time loop comedy Palm Springs is a charming, safe pick. The Prom, a star-studded adaptation of a stage musical, is a shoo-in for a nomination despite its lukewarm reception. The shocker here is Music, helmed by singer Sia – the movie has drawn flak for its portrayal of an autistic character. 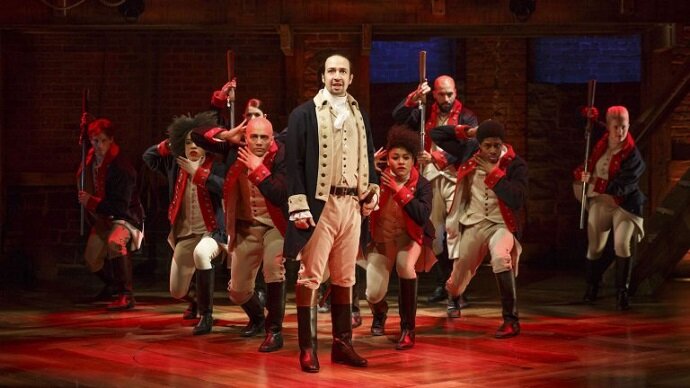 Who’s snubbed: On the Rocks, which reunites Bill Murray with his Lost in Translation director Sofia Coppola. Armando Iannucci’s Dickens adaptation The Personal History of David Copperfield was also considered a possible pick.

Boseman’s posthumous nomination is unsurprising and well-deserved. Despite criticism that Oldman was too old to portray the title character in Mank, his nomination is unsurprising too. Ahmed’s captivating performance as a drummer dealing with hearing loss earns him a spot, while the oft-nominated Hopkins snags another nod. The surprise here is Rahim, as The Mauritanian, about a man falsely imprisoned in Guantanamo Bay, has only received mildly positive reviews. Who’s snubbed: Da 5 Bloods’ Delroy Lindo, playing a haunted and somewhat unhinged Vietnam War veteran, did not get nominated. Big-name stars like The Way Back’s Ben Affleck, The Midnight Sky’s George Clooney and News of the World’s Tom Hanks were also shut out this year.

This category is dominated by performers who commanded the screen. While also nuanced, Davis, Day and Mulligan portray slightly larger-than-life personalities, with Kirby and McDormand more toned down in their respective films. Davis is the front-runner, with an Oscar nomination also all but guaranteed. Who’s snubbed: This category shook out largely as predicted, with Malcolm and Marie’s Zendaya tipped as a possible nominee. Some were also hoping for Carrie Coon to get nominated for The Nest.

Best Actor in a Motion Picture – Musical or Comedy

Baron Cohen is the splashiest of the nominees and won the Golden Globe for playing Borat in the 2006 film. He is the first actor nominated for the same role twice since Johnny Depp in Pirates of the Caribbean: Dead Man’s Chest. If he wins, he will be the first actor to win a Golden Globe for reprising a Globe-winning performance in a sequel. Miranda, also the composer and lyricist of Hamilton, adds this nomination to the long list of plaudits he has received for the musical. Corden is not well regarded as an actor and his performance in The Prom was deemed campy by many, so his presence on this list is a bit of a surprise. Who’s snubbed: Leslie Odom Jr., who plays Aaron Burr in Hamilton, is largely considered to have given the better performance in the musical.

Best Actress in a Motion Picture – Musical or Comedy

Bakalova’s performance as Borat’s daughter Tutar was widely praised, with many critics noting that she held her own opposite Sacha Baron Cohen. The Bulgarian actress has been called a breakout star based on her performance in the film. Taylor-Joy has two nominations this year, with the other in the TV category for The Queen’s Gambit. The surprise pick is Hudson, given Music’s afore-mentioned poor reception. Who’s snubbed: Awards season stalwart Meryl Streep was in both The Prom and Let Them All Talk but is not nominated this year.

Best Actor in a Supporting Role in Any Motion Picture

Sacha Baron Cohen, The Trial of the Chicago 7
Daniel Kaluuya, Judas and the Black Messiah
Jared Leto, The Little Things
Bill Murray, On the Rocks
Leslie Odom, Jr., One Night in Miami

With nominations in both comedy and drama categories, this is a banner year for Baron Cohen. Odom, Jr.’s turn as singer Sam Cooke in One Night in Miami has been lauded, with the actor also recording covers of Cooke’s songs. Jared Leto is the surprise nominee, given The Little Things’ lukewarm reviews, and how his co-stars Denzel Washington and Rami Malek both received more praise than he did. Who’s snubbed: Kingsley Ben-Adir, Eli Goree and Aldis Hodge, who co-starred in One Night in Miami alongside Odom Jr., were possibilities for this category. Chadwick Boseman, with his memorable role in Da 5 Bloods, could have also been nominated in both leading and supporting categories.

Best Actress in a Supporting Role in Any Motion Picture

Close, Colman and Foster are all established, respected actresses. Seyfried has also received awards attention the past and seems to be the favourite this season. German child actress Zengel made her Hollywood debut with News of the World, stealing scenes from Tom Hanks. Who’s snubbed: Ellen Burstyn was widely considered a shoo-in for Pieces of a Woman, with Yuh-Jung Youn also deemed a strong contender for Minari. Minari is shut out of all categories except Best Motion Picture – Foreign Language, following a controversy about it being side-lined as an American film because most of the dialogue is in Korean.

This is an exciting category, with three out of the five nominees being women. Both King and Fennell are actresses who made their directorial debuts with the nominated films. Zhao, who followed up The Rider with another contemporary western in Nomadland, is one of the buzziest indie filmmakers in recent years. She is set to cross over into the mainstream with Marvel’s The Eternals. Both Fincher and Sorkin are no strangers to awards season, with Fincher being the safe pick. Who’s snubbed: Spike Lee was expected to be nominated for Da 5 Bloods, with some pundits also citing Christopher Nolan for Tenet and George Clooney for The Midnight Sky as possible nominees.

Sorkin has long been a favourite of the HFPA and is the highest-profile screenwriter in this category. Sorkin, Fennell and Zhao are nominated in both the directing and screenwriting categories. Jack Fincher, David’s father, is a posthumous nominee – he died in 2003. Who’s snubbed: Da 5 Bloods and Minari were deemed contenders in this category.

The Croods: A New Age
Onward
Over the Moon
Soul
Wolfwalkers

Both of Pixar’s 2020 releases are nominated. The HFPA tends to go with mainstream picks for animated films – considering Soul’s stronger reviews compared to Onward, it is the front-runner. The lyrical Wolfwalkers might get recognised for its artistry. 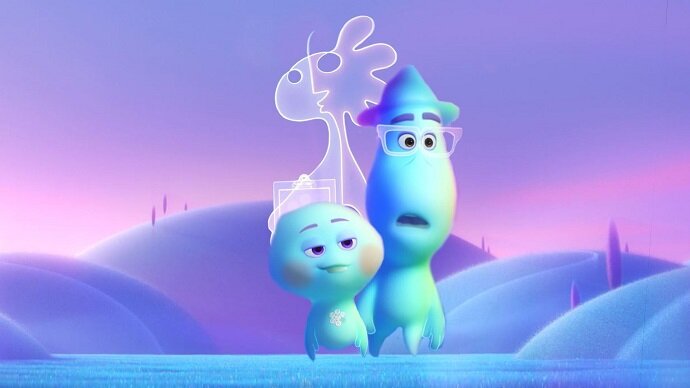 Who’s snubbed: The slightly dark and quirky The Willoughbys was a potential nominee, along with the much more mainstream Trolls: World Tour.