The action drama Waiting for the Barbarians has quite the pedigree behind it: it is the English-language directorial debut of acclaimed Colombian filmmaker Ciro Guerra, based on a novel by South African author J. M. Coetzee, and starring Oscar winner Mark Rylance and current indie darling/soon-to-be Batman Robert Pattinson.

The movie, set in an ambiguous past, centres around the clash between a colonial magistrate and the sadistic army colonel who investigates an uprising by the indigenous population against the Empire’s outpost.

Rylance plays the magistrate, with Johnny Depp playing the colonel.

It has been a tumultuous time for the embattled movie star, who is mired in divorce proceedings and lawsuits. No one article can cover the extent of the disputes surrounding the actor, so we can only skim the surface here.

Depp recently lost a libel lawsuit that he brought against News Group Newspapers in England. The company’s tabloid The Sun had called Depp a "wifebeater" in a 2018 article. In its coverage, Vanity Fair dubbed the trial “Johnny Depp Against the World”. Depp has vowed to appeal the decision; his lawyers calling the verdict “as perverse as it is bewildering”.

This is just the tip of the iceberg when it comes to Depp’s recent troubles, which have perhaps stretched back further than the public knew at first. Heard and Depp met on the set of The Rum Diary in 2009, when she was 23 and he was 46. They married in 2015, only for Heard to file for divorce in 2016, claiming that Depp had abused her. Depp denied the allegations, and in turn claimed that Heard had abused him, with both sides alleging that the evidence the other party had was fabricated or doctored. The fight has gotten very ugly, with Depp even alleging that Heard had defecated in their bed. Depp also accused Heard of cheating on him with James Franco and Elon Musk, with security camera footage showing Franco and Heard together in a lift in her apartment building.

The issue is a complicated one, with many fans still ardently supporting Depp and decrying Heard, questioning the credibility of her claims and viewing her allegations as malicious scheming. Depp’s former lovers have defended him, with former long-term partner and mother to his two children Vanessa Paradis saying, “Through all these years, I’ve known Johnny to be a kind, attentive, generous, and non-violent person and father.”

Heard’s representative responded in a statement saying, “In relation to Vanessa Paradis and Winona Ryder’s evidence, we are glad they did not have the same experience as Ms Heard. However, one woman’s experience does not determine the experience of another woman.” Outside of the battle between Depp and Heard, Depp has also been accused of unprofessional and sometimes violent behaviour on set. A crew member on the film City of Lies, which was pulled from its scheduled 2018 release, claimed that Depp had punched him in the face.

In 2017, Depp sued his former business managers at The Management Group (TMG). The company countersued, with TMG’s co-owner Joel Mandel claiming that despite Depp earning a staggering $650 million during the 14 years that TMG represented him, he was unable to pay the company’s fees. The lawsuit brought the extent of Depp’s lavish lifestyle to light: he owned 14 houses, a $10 million dollar yacht, 70 guitars, and allegedly spent $30 000 a month on wine alone. The wine bill is a reminder of the actor’s long-standing struggles with substance abuse. Depp admitted to taking “every drug under the sun” on the first day of the libel trial. The degree to which he has worked on his sobriety is a main point of contention between Depp and Heard.

It is alleged that his drug and alcohol consumption made Depp difficult to deal with on set, with Murder on the Orient Express director Kenneth Branagh chastising Depp when the actor was late for rehearsal. According to an unnamed Disney executive who spoke to Business Insider, Branagh calmly told Depp, “That’s not the way I work. I don’t allow lateness. If you choose that behaviour, you can leave the film. Right now. It’s fine.” Branagh spoke positively of Depp in other interviews, so one can assume the issue was resolved. One of Depp’s expenses is a personal sound technician, who allegedly feeds him lines through an earpiece during production, so he does not have to learn them. Marlon Brando, an actor whom Depp idolised, infamously refused to learn his lines and relied on cue cards and earpieces. Sam Sarkar, the current CEO of Depp’s production company Infinitum Nihil, was one of his former earpiece technicians. Depp has defended his use of an earpiece, claiming that specific sounds like “bagpipes, a baby crying and bombs going off” and not lines are being fed to him, telling Rolling Stone that this helps create “truth behind the eyes” in his performances.

Depp still has his devotees, in no small part because of the iconic screen roles he has portrayed, from Edward Scissorhands to Captain Jack Sparrow in the multi-billion-dollar Pirates of the Caribbean franchise. Depp’s on-screen persona, mainly fostered by his collaborations with director Tim Burton, is generally that of the charming, eccentric, ultimately sympathetic outcast. The combined grosses of all the movies featuring Depp add up to $10.2 billion, with the Pirates movies making a significant portion of that. Disney is moving ahead with two separate projects meant to extend the Pirates franchise, neither of which will involve Depp.

Depp was recently asked to step down from his role as Grindelwald in the Fantastic Beasts franchise, but because his contract is a pay-or-play one, he still receives the full $16 million salary.

While he is still seen by many as an A-lister, outside of the Pirates franchise, Depp’s star vehicles have been hit and miss - even before his current legal troubles. Films like The Lone Ranger, Transcendence, Mortdecai and Alice: Through the Looking Glass were critical and commercial disappointments. Depp still has the gig of endorsing Dior’s fragrance, Sauvage. The marketing campaign was criticised by some for allegedly appropriating Native American imagery, trading in exoticism and stereotypes. Sales of the fragrance reportedly went up during Depp’s libel suit, and it is speculated that his fans may have been buying up the cologne to show their support for him.

Can Depp bounce back from all this? Steven Levitt, president of New York-based firm Marketing Evaluations Inc., gave The Hollywood Reporter his take on the matter, saying "He remains one of the more appealing actors, although there has been somewhat of a slide.” Levitt explains that many audiences do not pay attention to actors’ personal lives and are only concerned about whether their films are entertaining. “Unless there's another Jack Sparrow ahead, which really works to his advantage, I would not expect his positive Q score to go up in the next year or two," Levitt remarked - Q scores measure of the familiarity and appeal of a brand, personality, or company.

The discourse surrounding Depp’s current circumstances has been fraught, with seemingly little room for nuance and, as with any high-profile split, fans taking sides. It seems like it will be a long road ahead yet for Depp, as he continues his battle to defend himself, and it remains to be seen if producers will continue hiring him for high-profile projects. 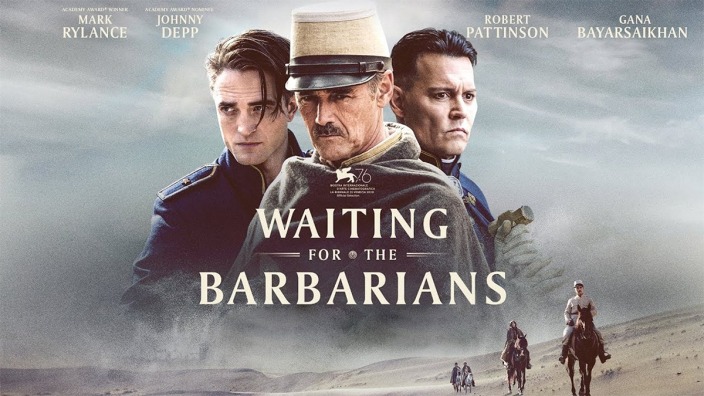