If You Liked The Florida Project, Don’t Miss These Five Films 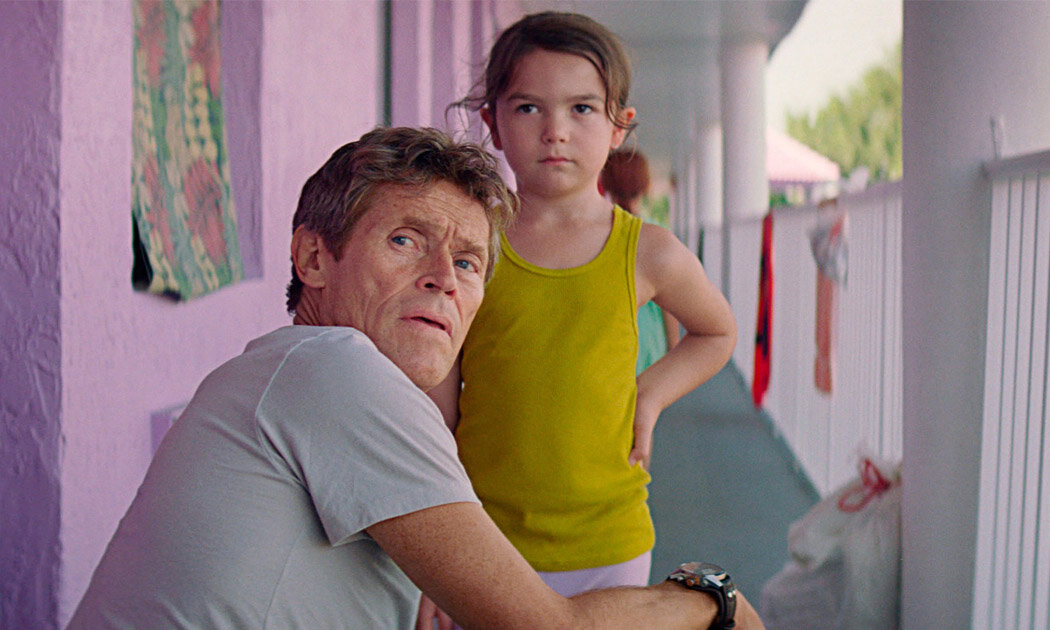 The Florida Project is one of the most acclaimed films of 2017, but it’s easy to see why it might not be everyone’s thing. Described as a slice-of-life comedy-drama, the movie is deliberately light on plot, but it is determined to place the audience in the strange, often sad but very real world that its characters inhabit.

The film focuses on six-year-old Moonee (Brooklynn Prince), a lively and imaginative girl who lives with her single mother Halley (Bria Vinaite) in a rundown motel called The Magic Castle in Kissimmee, Florida. Halley pays by the week, and once money runs out, mother and daughter will be homeless. The motel is located near Walt Disney World – the complex of theme parks and resorts was referred to by Disney as “The Florida Project” during its development, hence the film’s title. Moonee and her friends meet tourists and others who have come to Florida to visit Disney World, and whose lives are very different from hers. The film also stars Willem Dafoe as Bobby Hicks, the motel manager, a role for which he received a Best Supporting Actor Oscar nomination. The Florida Project is directed by Sean Baker, who cowrote the screenplay with Chris Bergoch. Many of the actors had never been in a film before, with Baker casting Vinaite after seeing the Lithuanian immigrant’s Instagram posts. The filmmaker found it crucial to present the movie from a child’s point of view, even as it deals with the socioeconomic inequality that affects much of America. “When the kids are in shot, the camera is at their eye level,” Baker told The Guardian. “There isn’t a single moment on screen where we’re looking down on them. I wanted them to be big – kings and queens of their domain.”

If you liked the eye-opening, authentic and sensitive way that The Florida Project lets viewers into the lives of marginalised people, here are five other films that share various similarities with it that you can’t miss.

If you want to witness a true story about an unconventional childhood, watch
THE GLASS CASTLE (2017) This film is based on the best-selling memoir by journalist Jeannette Walls, in which she recounts her nomadic, often-tumultuous upbringing. Brie Larson stars as Jeannette, with Naomi Watts playing her artist mother Rose Mary and Woody Harrelson as her volatile father Rex. Jeannette has three siblings: Lori (Sarah Snook), Brian (Josh Caras) and Maureen (Brigette Lundy-Paine). Jeanette’s life involved lots of moving around, including fleeing from the authorities, living in the wilderness with no electricity or running water, injury and even near-death experiences. She wants to escape her often overwhelming and stressful upbringing but can never really outrun it. “Reading something like this makes me think, ‘I can talk about my stuff too, and it doesn’t make me weird,’” director and co-writer Destin Daniel Cretton told Entertainment Weekly. “That feeling of loneliness kind of goes away through reading this book, and I hope it does that for people who watch the movie as well.”

If you want to watch an action thriller framed by wealth inequality, watch
HELL OR HIGH WATER (2016) This neo-western approaches its themes of Americans doing whatever it takes to survive in their given circumstances in a very different way than The Florida Project. Hell or High Water is about brothers Toby (Chris Pine) and Tanner (Ben Foster) Howard, who rob two branches of the Texas Midlands bank to pay off the family farm they are struggling to keep. The brothers are pursued by Texas Rangers Marcus Hamilton (Jeff Bridges) and Alberto Parker (Gil Birmingham), and shootouts and chases ensue. The Washington Post claims Hell or High Water “may be the first great film about the failed economic recovery;” Sonny Bunch writing that the film successfully explores the lingering effects of the 2008 economic crisis on working-class Americans. Screenwriter Taylor Sheridan’s filmography includes other action thrillers that tackle social issues, including Sicario and Wind River. Hell or High Water was nominated for four Oscars, including Best Picture, and Best Supporting Actor for Bridges.

If you want to watch a drama about the bond between mother and child that endures through traumatic circumstances, watch
ROOM (2015) Room is a touching, sensitively made adaptation of Emma Donoghue’s novel of the same name. Joy “Ma” Newsome (Brie Larson) has been held captive for seven years in a shed, which she shares with her five-year-old son Jack (Jacob Tremblay). This shed is dubbed “Room”. Their captor is “Old Nick”, who raped Joy and is Jack’s biological father. Mother and child finally escape, struggling to adjust to the outside world – a world Jack has never seen before.

While there is a gentleness to the film, Room is often uncomfortable to watch, and was sometimes challenging to make. “It was exhausting for the crew to shoot in so confined a space, and you could really feel the momentum in the room, of us all desperately wanting to get out,” Larson told The Telegraph. It was important for her to build a real relationship with then-eight-year-old Tremblay. Larson told Deadline that there was “a lot of space for the two of us to play. And there was a lot of trust.” Larson won a Best Actress Oscar for the role, and Tremblay has gone on to appear in films like Wonder, The Predator, Good Boys and Doctor Sleep.

If you want to watch another film Sean Baker has made about people from a marginalised community, watch
TANGERINE (2015) Sean Baker’s previous film before The Florida Project was Tangerine, which similarly takes a humanistic, ground-level approach in telling a story about marginalised people. The film follows transgender sex worker Sin-Dee Rella (Kitana Kiki Rodriguez) and her friend Alexandra (Mya Taylor), also a transgender sex worker, as they make their livings in Los Angeles. Sin-Dee discovers that Chester (James Ransone), her boyfriend and pimp, has been cheating on her with Dinah (Mickey O’Hagan), also a sex worker.

The film is considered a big step forward for the representation of trans people in entertainment. Rodriguez told The Hollywood Reporter, “We have to remember to stay together as one, as supporters, as lovers, as sisterhood and brotherhood. It's going and nobody can stop reality. This is what is making waves in the industry. For me, it's tidal waves.” Tangerine was also praised for its realistic portrayal of life in LA – part of what adds to the film’s authenticity is how it was shot entirely on iPhone 5S smartphones. Taylor said, “I wanted people to see L.A. for what it really is. It's not all glamour, beautiful Beverly Hills and Westwood. [Some people] live that life, but there are people who are less fortunate. I wanted [Baker] to show that.”

If you want to watch an intimate yet epic tale of growing up, watch
BOYHOOD (2013) It might not look like it at first, but Boyhood is one of the grandest experiments in recent American cinema. Writer-director Richard Linklater set out to make an authentic coming-of-age film, deciding the best way to do so would be to shoot the movie in real time. Production began in 2001 without a completed script, with the actors contributing ideas that draw upon their life experiences. The cast and crew gathered once a year for 12 years to make the movie. Ellar Coltrane stars as Mason Evans Jr, with Ethan Hawke as his father Mason Evans Sr and Patricia Arquette as his mother. Linklater’s real-life daughter Lorelai plays Mason’s sister Samantha. Over the course of its 165-minute duration, audiences come to feel protective of Mason as they witness him going from child to adult. The film’s sole Oscar nomination was Patricia Arquette in the Best Supporting Actress category. Linklater is applying a similar technique to his film adaptation of the musical Merrily We Roll Along, which will be shot over 20 years.