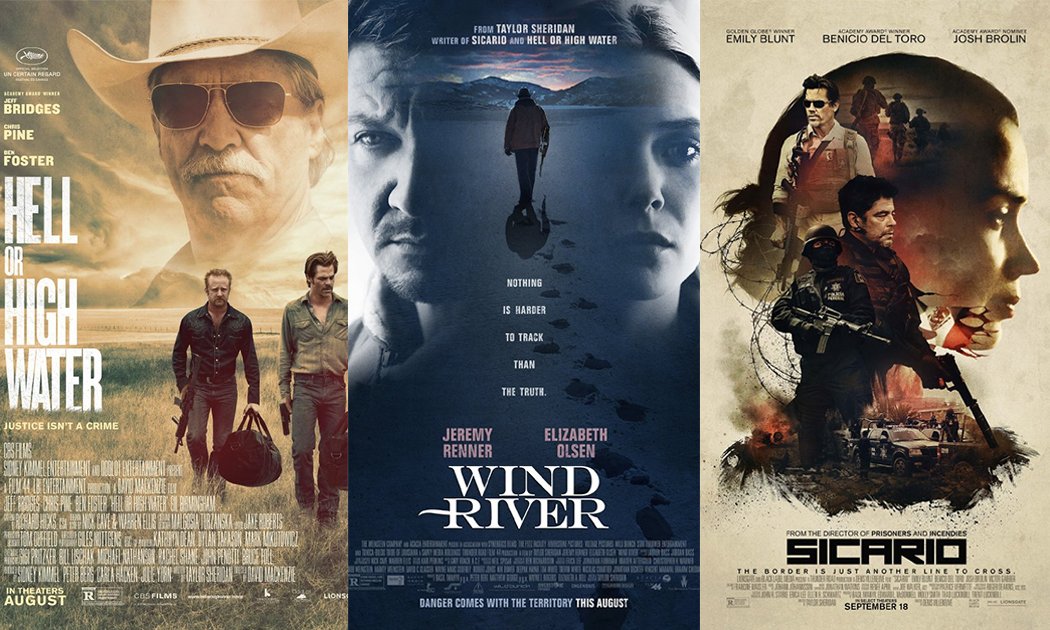 Taylor Sheridan is highly versatile, with experience from the small screen boding him well for his various successful endeavours on the big screen. First known to audiences as Deputy Chief David Hale in TV series Sons of Anarchy, Sheridan used his knowledge of storytelling from the numerous scripts he was reading to tell mesmerising stories of his own. To anyone with knowledge of storytelling, there is a certain structure and format that many narratives follow – particularly those in the cinema or on TV. In only a few minutes, the audience can figure out who they should be rooting for, have a good idea about what the story is about, and may even be able to predict what will happen in the end.

But Sheridan will be the first to tell you that he’s ripped up that screenwriting playbook and instead created stories which not only make it difficult for audiences to decipher who the ‘good guys’ are but also in the dark about what the story is actually about until Act 2 or Act 3. There is no clear moral to wrap up the story and, essentially, Sheridan’s work exemplifies that notion that life – like storytelling – is not always black and white. The trilogy of films that Sheridan’s name has been attached to – Sicario in 2015, Hell or High Water in 2016 and more recently Wind River – are set in very different environments, but each tells thrilling tales which have captured audiences and critics alike. In Sicario, we are transported to the border between the U.S. and Mexico as the drug cartel wars escalate. 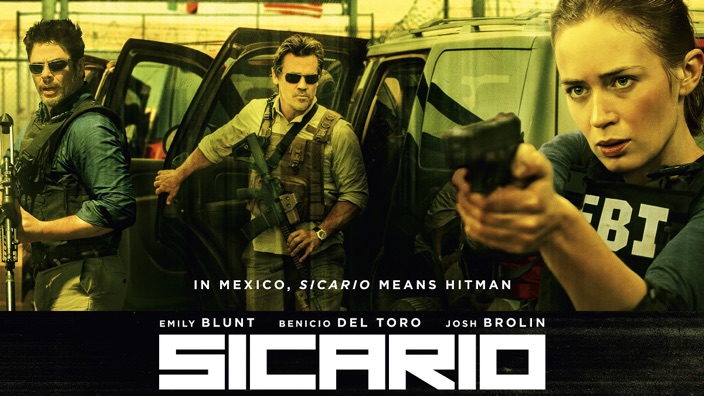 Emily Blunt is the idealistic FBI agent put in charge of eliminating a Mexican cartel responsible for a deadly bomb that killed members of her team. Accompanied by impressive performances by Benicio Del Toro and Josh Brolin, this action-thriller makes audiences critically think about America’s War on Drugs and the ensuing violence – on both sides – that comes from it. In Hell and High Water, audiences are transported to West Texas, where two brothers (Chris Pine and Ben Foster) rob banks to save their family ranch, while being pursued by Texas Rangers (Jeff Bridges and Gil Birmingham). As a neo-Western, this film explores a diversity of themes – from the derailment of the American Dream to the ever-modernising technology culture vis-à-vis a rural and traditional America that is struggling to catch up. Again, the strong acting adds weight to Sheridan’s nuanced and timeless screenplay of a modern-day heist. 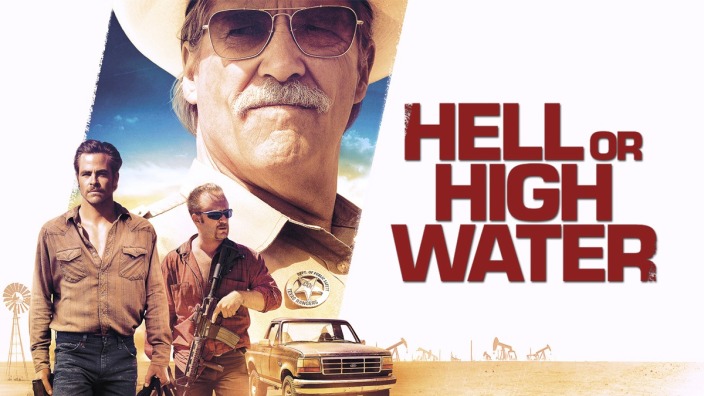 Wind River takes us further north to Wyoming. Unlike the previous two films, Sheridan chose to direct this crime thriller about the murder of an American Indian woman on the Wind River Indian Reservation. A U.S. Fish and Wildlife Service tracker (Jeremy Renner) and an FBI agent (Elizabeth Olsen) are on the trail in this intense and cinematic chase through breathtaking Indian Country. Having spent years on an Indian Reservation himself, Sheridan admitted that Wind River has a more personal connection to him and attributed this to the reason why he wanted to direct the film. As audiences should expect from Sheridan, Wind River is not your conventional ‘whodunnit’ tale. While all three films touch on very different slices of Americana, they are all linked, according to Sheridan, with some themes that were brought up in Sicario and Hell or High Water resolved in Wind River. Ultimately, Sheridan explores the modern American frontier in his films – with the issue of resettlement and assimilation over history having clear consequences today. He skilfully shows us aspects of modern America which are not always pretty and is rife with problems which are not easily solved. Thankfully for audiences, however, it makes for spectacular storytelling.