4 Movies to Watch If You Liked Dark Waters 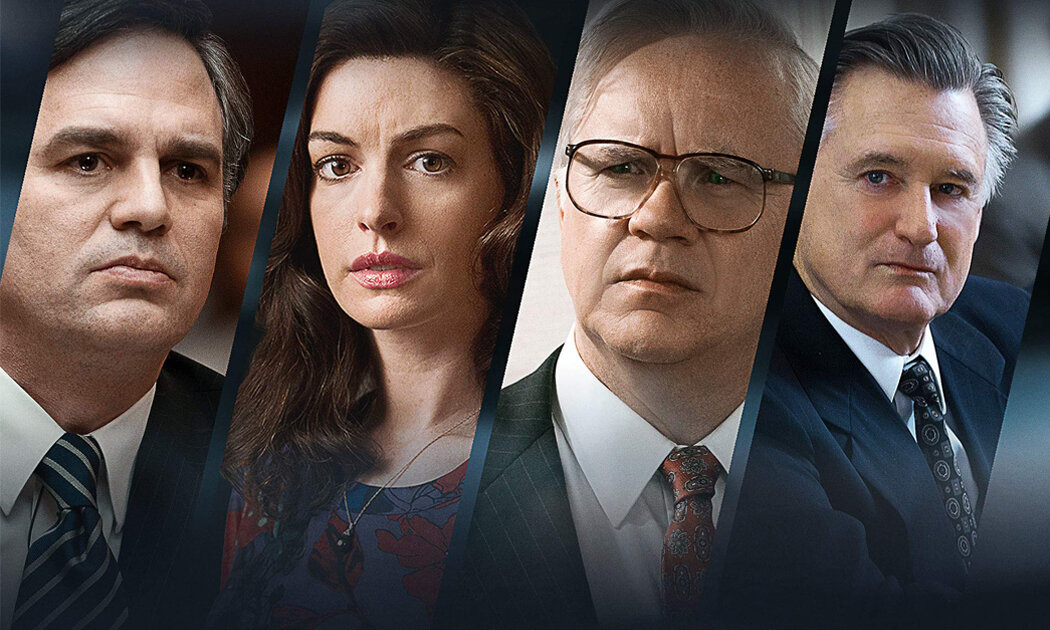 The legal thriller Dark Waters brought a landmark real-life case to wider public attention in a gripping way. Mark Ruffalo plays corporate lawyer Robert Bilott, who takes on chemical industry giant DuPont after they contaminate the town of Parkersburg, West Virginia with chemical waste. Billot discovers that DuPont has been polluting the water with the chemical PFOA, used in the production of Teflon. He finds himself facing down powerful and influential forces and raises the ire of Parkersburg’s residents as he is suing one of the largest job providers. The film also stars Anne Hathaway, Tim Robbins and Bill Pullman and is a timely warning about the devastating consequences of unchecked corporate greed. 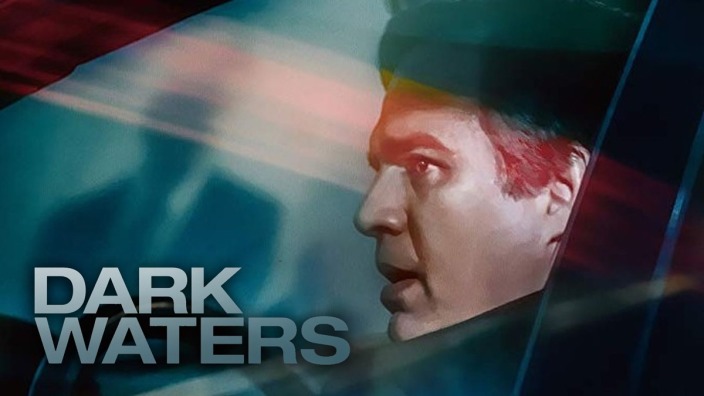 The film is based on Billot’s own account of the events, titled Exposure: Poisoned Water, Corporate Greed, and One Lawyer's Twenty-Year Battle against DuPont. Dark Waters provides yet another excellent showcase for three-time Oscar nominee Mark Ruffalo. Ruffalo may be best known to general audiences for playing Bruce Banner/the Hulk in the Marvel Cinematic Universe, but he works mostly in smaller-scale dramatic films like Dark Waters, The Kids Are All Right, and had to be personally convinced by Robert Downey Jr. to join the MCU.

Real life stories of how principled individuals stand up against powerful entities and eventually expose large-scale injustices are often cathartic and intriguing, since we know how difficult it is to oppose said entities. If you like Dark Waters for its themes, its basis in true events or its leading man, here are four other films to watch. 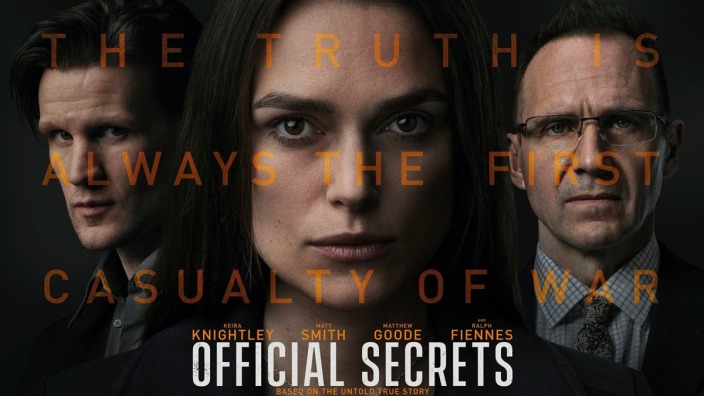 Keira Knightley stars as Katherine Gun, who as a young employee at the Government Communications Headquarters (GCHQ) intelligence agency in 2003 leaked a secret memo. This exposed an effort by the US to spy on United Nations diplomats who were to vote for or against the Iraq war, possibly to gather material that could be used to blackmail them. Gun leaked the memo to the Observer newspaper. While the war in Iraq happened anyway without UN Security Council authorisation, Gun’s actions greatly impacted the discourse about the events leading up to the Iraq war. Gun was charged with breaking the Official Secrets Act but attracted waves of support from journalists and politicians who argued that she acted to prevent a war and save lives. “We’re still living in the consequences of that conflict. In Britain, and in many places in the world, it shaped our present,” Knightley told Time when asked about why the story of Official Secrets was an important one to tell. “There was huge disillusionment after that war, and we’re still feeling the repercussions of that. The question of government accountability, of morality within our intelligence services, of what kind of society we as citizens really want to live in are still very relevant,” Knightley stated.

#2: If you want to watch Mark Ruffalo and other great actors as investigative journalists exposing horrifying misconduct, watch
Spotlight (2015) 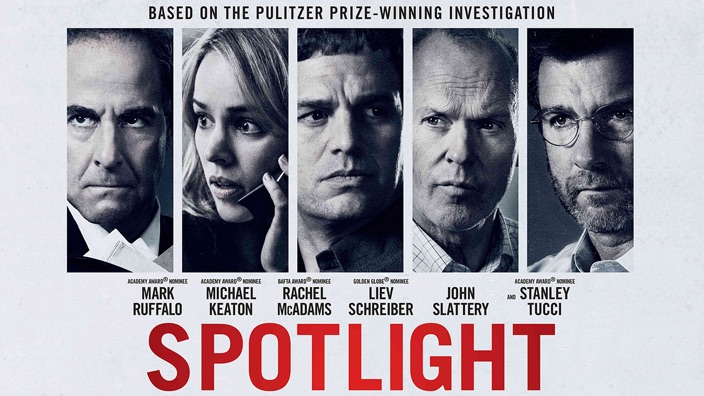 Spotlight is a highly acclaimed film – it was nominated for six Academy Awards and won two: Best Picture and Best Adapted Screenplay. The film tells the story of the Boston Globe’s team of investigative journalists, called “Spotlight”. The Globe’s new executive editor Marty Baron (Liev Schreiber) assigns Spotlight editor Walter “Robby” Robinson (Michael Keaton) to investigate cases of child molestation perpetrated by Catholic priests in Boston. The team, comprising journalists Michael Rezendes (Mark Ruffalo), Sacha Pfeiffer (Rachel McAdams), Ben Bradlee Jr. (John Slattery) and Matt Carroll (Brian D’Arcy James) begin interviewing key figures, including victims and attorney Mitchell Garabedian (Stanley Tucci), who is representing several victims. The team faces pressure from the powerful organisation that is the Boston Archdiocese and sees their story de-prioritised in the wake of the September 11 terrorist attacks but continues working so a light can be shone on the truth. The story had a great, chilling level of resonance for Ruffalo, who is a father. "There's a power structure that allows these things to happen,” he told USA Today. “I have three small children, and when Mike says (in the film), 'It could've happened to me, it could've happened to you, it could've happened to any of us' — I really understood that sentiment."

#3: If you want to learn about a twisted true crime case related to the DuPont Family, watch
FOXCATCHER (2014) 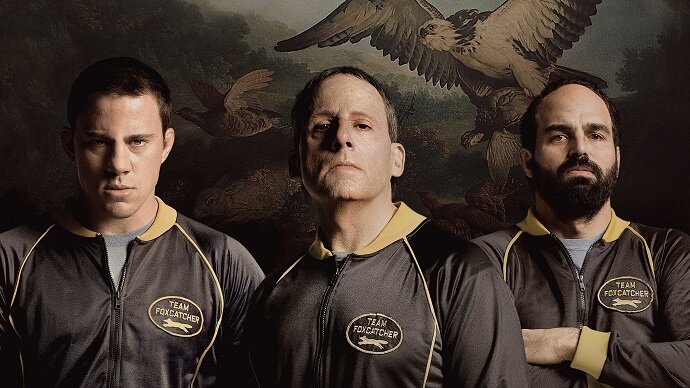 The dark, sometimes absurd, ultimately chilling story of Foxcatcher truly is an instance of fact being stranger than fiction. The film has a few links to Dark Waters: both movies star Mark Ruffalo, and the main character of Foxcatcher is John du Pont, heir to the du Pont family, which has interests in companies including General Motors and the Du Pont chemical firm at the centre of the Dark Waters case. Steve Carrell plays du Pont, who has a passion – some might say an obsession – with Greco-Roman wrestling. Du Pont recruits brothers Mark (Channing Tatum) and Dave (Mark Ruffalo) Schultz, both Olympic gold medal-winning wrestlers, to join his wrestling team, named Team Foxcatcher. Soon, du Pont’s eccentricities grow more dangerous as he pushes the brothers to their breaking point, and a series of events leading up to and after the 1988 Summer Olympics in Seoul finally culminates in murder. The real-life Mark Schultz was initially highly opposed to the film, baulking at the suggestion of a homosexual relationship between him and du Pont and even threatening to kill director Bennett Miller. However, he later changed his tune, praising Miller, and was invited to the Oscars. The film was nominated for five Oscars, including Best Actor and Best Director.

#4: If you want to watch another David-and-Goliath battle for the truth featuring an MCU star, watch
Kill The Messenger (2014) 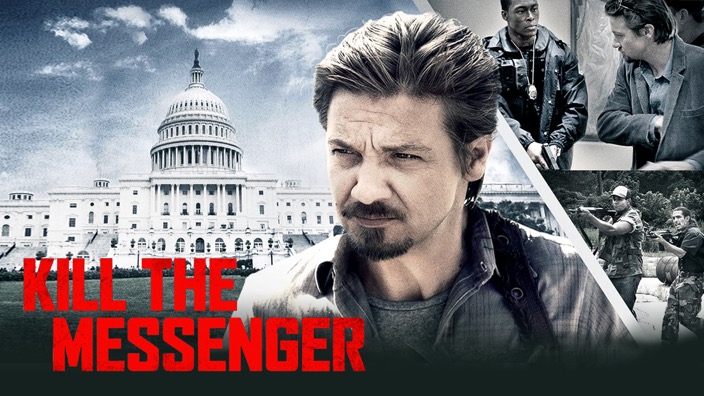 Kill the Messenger tells the explosive true story of San Jose Mercury News journalist Gary Webb (Jeremy Renner), who uncovered the shocking truth behind the influx of cocaine into American streets from the late 80s into the 90s. Webb unravels a seemingly outrageous conspiracy: the CIA is supporting Nicaraguan drug traffickers who smuggle cocaine into the US and use the profits to fund the Contras, whom the US has funded and trained to fight the Sandinista National Liberation Front government. Webb’s three-part story, Dark Alliance, makes him the centre of unwanted attention from both forces within the governments and journalists from biggest papers like the Washington Post and the New York Times, who cannot believe that they have been beaten to the scoop by a reporter from a regional paper. Webb’s eventual death of two gunshots to the head in 2004 was ruled a suicide, but there were rumours that he was murdered in retribution for his work on the Dark Alliance story. His work remains controversial and hotly discussed.