The Details We Love in It: Chapter 2 That Were Referenced from the Novel 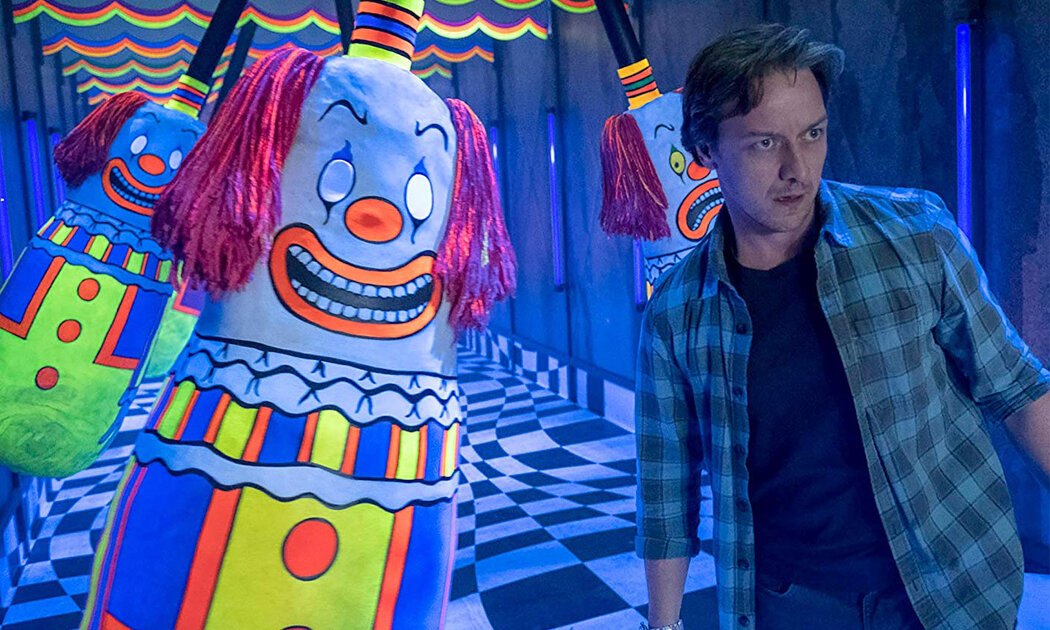 Finally, the sequel we’ve been waiting for it here!

In It: Chapter 2, the follow-up to 2017’s It, we revisit Derry with the Losers Club, except that it’s now 27 years later and the losers are now all grown up.

Did the movie follow Stephen King’s novel? Here’s a look at what plotlines from the book made it to the movie. Spoiler Alert 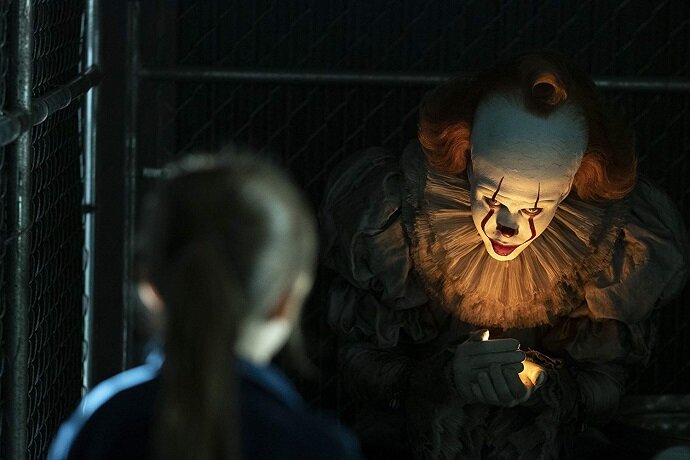 The Death of Adian Mellon

One of the most brutal scenes in the novel did not make it to the 1990 TV series It, but appears in the opening sequence of It: Chapter 2. And it is the killing of Adrian Mellon in Derry. Adrian was accompanying his boyfriend, a native of Derry, to the town’s Carnival. They were bullied by a bunch of teenagers, resulting in his brutal death, and setting off the return of Pennywise.

This scene on hate crime was actually based on a true story. Stephen King was deeply impacted by a hate crime that happened in 1984 that he included it in the story. Charlie Howard and his male companion were walking down a street in Maine when the pair was harassed by three teenagers. They were chased and Howard was then thrown over a bridge and landed in the canal beneath it. As he could not swim, he drowned. King recounted the exact story in the death of Mellon, right down to the death in the canal. 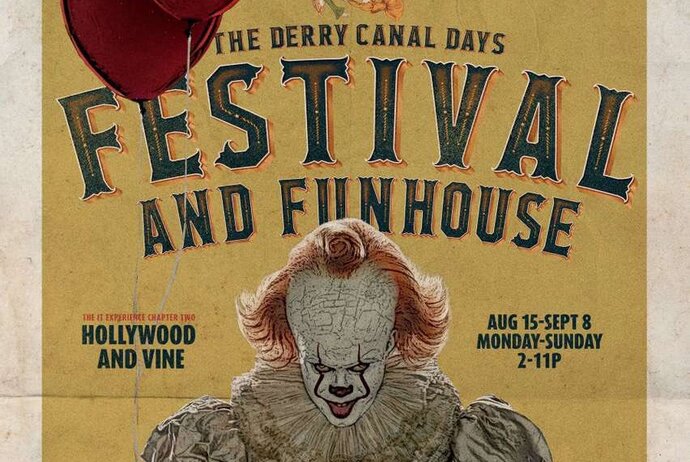 The Obsession With Endings

If you’ve seen the movie, you would have noticed a certain cameo and that one of the Derry’s Losers is now a horror story writer. There a lot of references to divisive endings in Stephen King’s novels, It included, and that is referenced in this movie. In fact, King gamely cameos as a second-hand shop owner in one of the scenes opposite Bill (James McAvoy), who’s a successful horror story writer famous for bad endings, and telling him that he didn’t like his book’s ending. 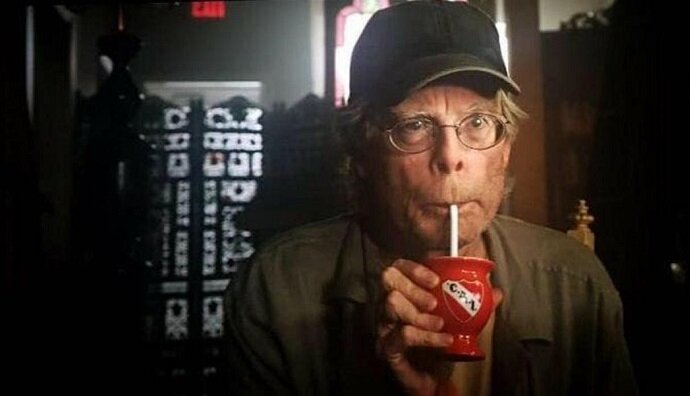 When the gang returned to Derry, they were told by Mike to each get an artefact in order to perform a ritual that may help them destroy Pennywise. Beverly (Jessica Chastain) went to her father’s apartment to look for hers. Instead, she found an old lady, Mrs Kersh, living there. She was invited to look around and the scene was filled with links to King’s novel. The old lady Kersh looks way too creepy, although she was pretty eager to offer Bev some tea and cookies. That is before she attacks and terrorises Bev. It’s clear the old lady is Pennywise in disguise, feeding on the nightmares Bev had about the witch from Hansel and Gretel.

Why Can’t the Losers Remember What Happened?

In King’s It novel, the setting in which the kids become adults are in the mid 1980s, while the movie version, the grown-ups are living in modern day. In King’s version, the ones who moved out of Derry were traumatised by the events they faced as kids and kinda forgotten about each other. With the movie set in modern times, it’s a bit hard to hide the fact that there was a Gay Hate Crime in Derry, considering such news are sure to be prominently featured in today’s news and social media networks, something which the 1980s did not have. The movie version still retains King’s original intent, but to navigate this fast-forward to contemporary times, director Andy Muschietti crafted a narrative that indicated that the further the Derry kids moved from the town, the hazier their memory of what happened, because that’s how Pennywise wanted it to be. 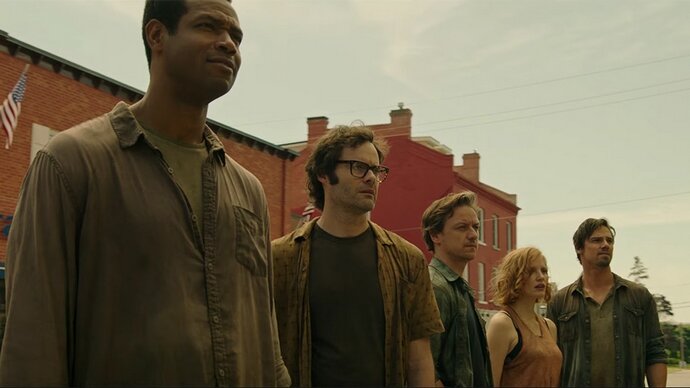 Pennywise or a Giant Spider?

At the end of King’s novel, Pennywise turns into his true form as a… giant spider monster? The gang then got around and started to kick it to death (which is why King was sometimes criticised for its ending). The movie version has a slightly different ending, but it still pays homage to King’s climax. When Pennywise got really big as he feeds on the gang’s fear, did you notice he’s gotten more limbs than he usually has? That’s right, he turns into a spider of sorts. 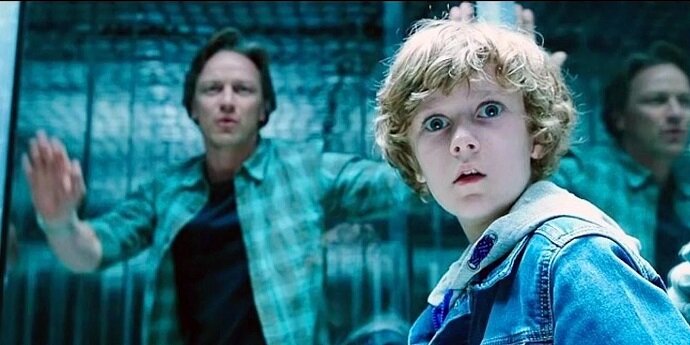 In the book, Ben as a child is a huge New Kids on the Block fan; he retreats to their music to seek company as he doesn’t have any friends. Ben’s love for music is included in Chapter 2, in a flashback sequence when the adult Ben revisited his high school to look for his artefact. The scene was poignant and gives us a glimpse into Ben’s sensitive character. The Past Becomes You

One of the things the movie stayed true to the books is the characters’ backgrounds. Although the adult lives of the Losers were not delved into, you get the rough idea at the beginning of the film, when Mike called each of them. After Bev received her call, her husband lashed out at her, followed by a bashing. Meanwhile, we saw Eddie on the phone with his wife, an overweight and overbearing woman who clearly wears the pants in the family. In fact, there was a point where Eddie even said “Yes Mommy” when he was distracted by Mike’s phone call. Bev and Eddie are both still under the influence of her abusive dad and his controlling mom. Meanwhile, Ben has become a successful architect. This was also followed closely to the book. His architectural prowess was hinted from the first film when he bumped into Bev with an building module in his hand. That translated into this profession when he became an adult. There are probably a lot more interesting elements in the novel that were included in the movie. Which ones are your favourites?