When Wonder Woman came out in 2017, it shone like a bright light on the dimming EC Extended Universe that had previously given us a brooding Dark Knight and a moody Superman.

Not Diana Prince. She was young, strong and had a heart of gold, and she wanted to make good use of her talents, which she did. She also captured all of our hearts.

With so much love for Wonder Woman, it’s little surprise a sequel is in the works, and it will be out in next year. Here’s what you need to know about Wonder Woman 1984. What is it All About?

This is the 4th movie about the Amazonian Princess- Diana Prince, and it’s set around 70 years after the first film (duh, 1984). There’s a heavy Cold War element, Wonder Woman finds herself in conflict with the Soviet Union. She also meets a new foe, and a new love interest. And just in case you think this is a sequel, it isn’t. Look at it as the next iteration of Wonder Woman. Warner Brothers said, “It’s a completely different time frame. You’ll get a sense of what Diana-slash-Wonder Woman has been doing in the intervening years. But it’s a completely different story even though it’ll have a lot of same emotional things, a lot of humour, a lot of brave action. Tugs at the heartstrings as well.”

Have you ever wondered about that? The year had to be pretty significant in order for it to appear in the title. A lot of people have speculated George Orwell’s 1984 had a lot to do with the title. Speculations aside, Jenkins has this to say, “All I can say is that 1984 itself is definitely very evocative to what's important in that movie and resonates with right now. I picked 1984 for a very specific reason. I think it was the pinnacle of the success in the '80s, in my opinion, because it's before the market started to get a little more struggling as the '80s went on. And it was like the top of the top. It was such an incredible time. I feel like there's something about the excess of that period of time, which is so linked up to where we are in the world right now, that it's set there for a reason.” Why is there a Delay in Release Date?

Originally, Wonder Woman 1984 is supposed to be released end of 2019, but it has been pushed to June 2020, seven months later than initially scheduled. The delay was due to director Patty Jenkins’ tight schedule. She was busy directing the TNT show, I Am the Night (incidentally, with Chris Pine), and to meet the November 2019 deadline was simply too rushed. With the extended deadline, Jenkins can spread things out figure the plot out nicely.

The gang’s all back, well almost. Gal Gadot is back in a new costume, updated to 1980s style. And surprise, surprise, Chris Pine is back too, as Steve Trevor! But your guess is as good as ours. But one thing we do know is that he’s not in some flashback but the 1980s, based on his dressing in an officially released picture of him. Robin Wright and Connie Nielsen are also back, as Antiope and Hippolyta. Yes, we know Antiope died in the first movie, and unlike Pine, Wright will only appear in a flashback scene.

Apart from new addition Wiig, Pedro Pascal will also appear in the movie, reportedly as Maxwell Lord, a powerful business man first introduced in the DC comics in 1987. He is apparently the key to Trevor coming back. 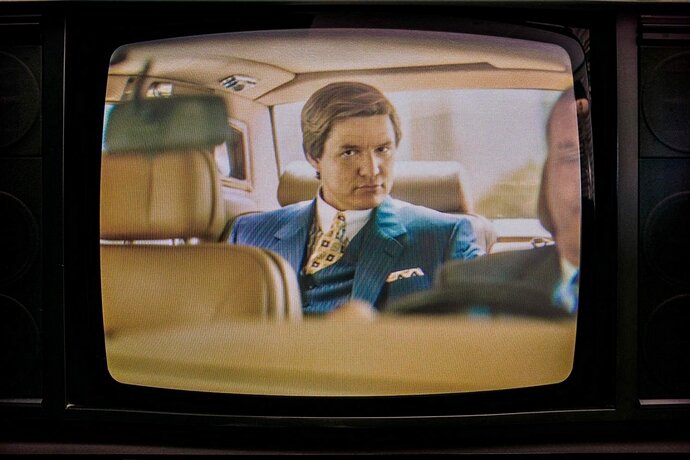 So, Why is Chris Pine Back?

It turns out, director Jenkins is a creature of habit. She likes to work with people that she is familiar with, so that she can use the bonding with the actors to incorporate into her storytelling. She had a great time working with Pine and Gadot on the first Wonder Woman movie and felt his presence could add much to the sequel. In fact, she enjoyed working with Pine so much, she roped him in on the above-mentioned I Am the Night TNT series.

Who is the Villain in Wonder Woman 1984?

Cheetah! The villain has gone through several iterations in the comic, and the version we’ll be seeing first appeared in the comics in 2011. Cheetah or Barbara Ann Minerva is an heiress who got her supernatural feline powers from an ancient ritual in which she ingested human blood, and the leaves of the plant god Urzkartaga. Cheetah will be played by Kristen Wiig. And be prepared to see Wiig as you’ve never seen her before. Wiig was approached for the movie, and this will be a role where she won’t rely on her comedic talents. 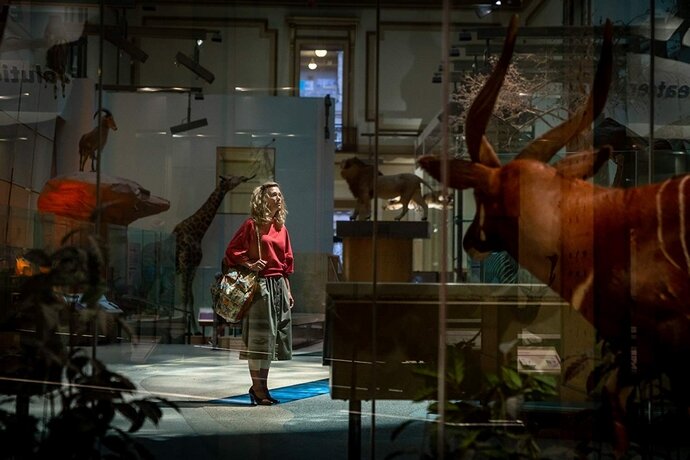 Who Wrote the Score for Wonder Woman 1984?

Although he said he would be retiring from scoring superhero movies after Batman v Superman: Dawn of Justice, Hans Zimmer decided to score this movie, at the request of Jenkins.