The Evolution of Jeremy Renner His most famous role is as Hawkeye in the Avengers franchise and he catapulted into stardom in The Hurt Locker. From his humble film debut in National Lampoon's Senior Trip (1995) to his latest outing in Tag, Jeremy Renner has come a long way. Renner’s strength as an actor is through his ability to embody the character he plays, captivating audiences with his expressive and uninhibited performances. Here’s a look movie evolution of the actor, who’s Jennifer Lawrence’s cousin. 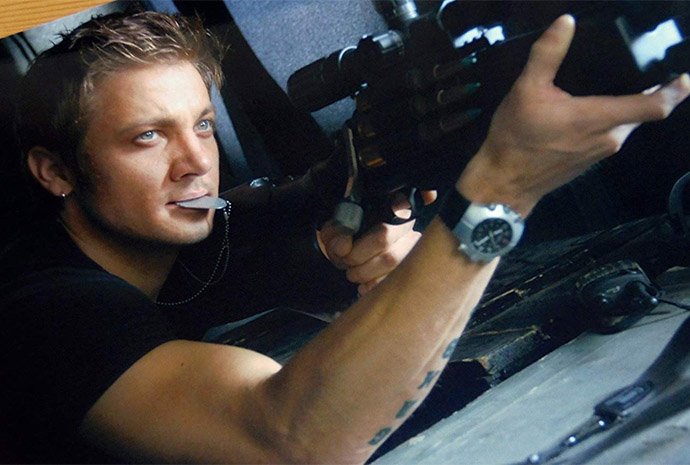 Since his 1995 film debut, Renner started to get more roles and slowly gained recognition for his work. In 2003, he had his first sizeable role after years of bit parts in movies and guest starring roles in TV series. In S.W.A.T., he plays the former police partner of Colin Farrell's character. The movie is based on the 1975 television series of the same name. His role, as the short-temper partner that caused him and Farrell’s characters to be demoted, is impressionable. Following S.W.A.T, Renner followed up with a string of movies before catapulting into a wider spotlight in this 2008 war thriller by director Kathryn Bigelow. He plays the title role of Sergeant First Class William James, a former U.S. Army, who’s been tasked to lead the U.S. Army Explosive Ordnance Disposal (EOD) unit in the Iraq War. The movie won six Academy Awards, including best picture. Renner was nominated for Best Actor. He followed the success of The Hurt Locker with The Town in 2010, playing the chilling but loyal criminal Jem in Ben Affleck's bank-heist thriller. To help him achieve the accent he adopted in the movie, Renner surrounded himself with actual convicted bank robbers in Charlestown for research. It paid off. He was nominated for Best Supporting Oscar at the Academy Awards. In 2011, Renner joined the Mission: Impossible (Ghost Protocol) team as intelligence analyst William Brandt, who used to work on the field, until a tragic assignment that made him stop his field agent work. In 2015, he reprised his role in Mission: Impossible - Rogue Nation, joining Ethan Hunt (Tom Cruise)’s team to take out the Syndicate – a highly skilled International rogue organization committed to destroying the IMF. 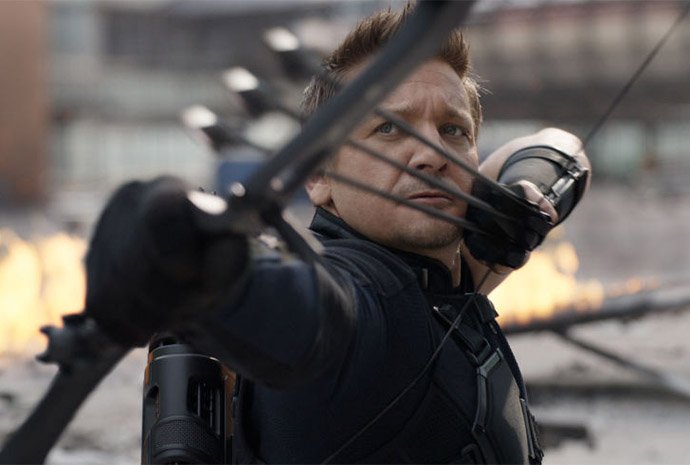 Next, comes Renner’s biggest role yet. In 2012, he took on the role of Clinton Barton, aka Hawkeye in The Avengers. Like the Black Widow (Scarlett Johansson), Hawkeye is a mortal, but is highly skilled with his bow and arrow, and carrying is own as part of the Avengers. His role was expanded in the 2015 Age of Ultron, where Hawkeye led the Avengers to a “safe house”, which turns out to be his home. Although he was missing from Infinity War, Hawkeye will return in Avengers 4. In 2017’s Wind River, he plays a Fish and Wildlife service agent who, along with an FBI special agent (Elizabeth Olsen), tries to solve the case of the death of a girl whom he discovers on a Wyoming Native American reservation. Renner displays his acting range here, as a father who’s grieving for his daughter’s death, unlike the action roles he’s been playing in recent years. In his latest movie Tag, Renner plays an elusive Tag player that no one can seem to touch, with expert dodging moves and a run like Speedy Gonzales. Based on a true story of a group of friends from school who started to play the game as a way to remain in touch with each other, Renner is the most competitive player of the lot. Putting his action skills into good use, Renner leaps, jumps and rolls his way in the movie. In fact, he fractured his right elbow and his left wrist, which were rumoured to be the reasons why he was left out of Avengers: Infinity War. Apart from showcasing his athletic capabilities, Renner also showed a tinge of his comedic talents, which makes Tag such an enjoyable movie to watch.