A Star is Born: A Version for Every Generation It’s the musical romantic drama that we’ve been waiting for all year. Seeing Lady Gaga and Bradley Cooper belting out the duet “Shallow” had us in goosebumps.

The premise of A Star Is Born (2018) is simple- a hard-drinking musician (Cooper) discovers a young singer (Gaga) and falls in love with her. Not with her beauty, but with her talents and her personality. And of course, something tragic happens. It’s precisely the simplicity of the storyline that appeals to audiences. In fact, this is the third remake of the original film back in 1937. The movie has been in the talks since 2011, where Clint Eastwood was set to direct, with Beyoncé as the lead. However, things fell apart and Cooper scooped up the script in 2016, and made this his directorial debut.

This is the fourth iteration of the story, and each version of the movie is set in a different era, and adapted to fit that era. Here’s a look at all the four versions of A Star Is Born. Starring Janet Gaynor and Fredric March, this first movie is about an aspiring Hollywood actress (Gaynor) trying to break into the industry, and a fading movie star (March) who helps launch her career. However, her career starts to overshadow his and friction appears in their relationship. At that time, Gaynor is one of the most famous movie stars in Hollywood. She is the first-ever Best Actress winner at the Academy Awards in 1929.

This version is reflective of its era; the Hollywood movie machine was just warming up, churning out movie after movie. And with that, countless aspiring starlets flocked to Los Angeles, each with the dream of making it big. The movie was both aspirational and relatable, and stars two biggest stars of that time.

Did you know: This is the first all-colour film nominated for an Academy Award for Best Picture. 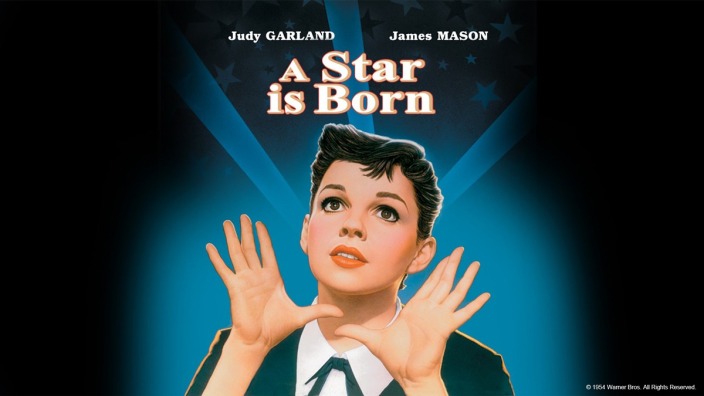 In this first update, the storyline is pretty much the same as its predecessor, except that this version is made into a musical. And of course, there’s no one better to star in a musical than Judy Garland. At that time, the movie was the most expensive one for its studio, Warner Brothers, which invested USD5 million.

The 1950s was an era where musicals enjoyed much popularity. There was An American in Paris (1951), Singin’ in the Rain (1952), Gentlemen Prefer Blondes (1953), Guys and Dolls (1955) and more. To make A Star is Born into a musical fits right in with the changing tastes of the moviegoers of that period.

Did you know: Filming took 10 months to complete because Judy Garland would often call in sick, and sneak off to horse races or just take days off. A drama and a musical had been made. What better way to refresh A Star is Born than to make it into a rock musical in the 70s where rock bands like Pink Floyd, Led Zeppelin, The Rolling Stones and more reigned supreme?

In this version, the leading characters are not actors, but musicians in the 1970s. The premise remains the same. John (Kris Kristofferson) is a famous but unhappy singer/songwriter who’s on his way to self-destruction, and chances upon an aspiring singer, Esther (Barbara Streisand). They eventually get together, and her career starts to eclipse his. In a period of women’s liberation movement in the United States, the Streisand version reflects its times. At the end of the first two movies, where Esther paid tribute to her husband, Streisand’s version didn’t. Instead, she held on to her own identity.

Did you know: Cher, Liza Minnelli, Helen Reddy, and Diana Ross were considered for the role of Esther. This latest version of A Star Is Born has been updated to current day, with Cooper playing a seasoned country star, Jackson, whose love for drinking and his fight with his inner demons that make for much of the movie’s content. Then there’s Lady Gaga, who plays struggling musician Ally. She faces rejection everywhere she goes because she just wasn’t pretty enough. However, Jackson sees something in Ally, and is determined to groom her. That admiration turns into love and working together puts stress on their relationship, both professionally and personally. The difference between this film and its predecessors is that while the male lead was threatened by the female leads in previous iterations, Cooper’s Jackson didn’t have the green-eyed monster when Ally’s career took off.

Did you know: The film premiered at the Venice Film Festival in August 2018, and  Lady Gaga and Bradley Cooper received an eight-minute standing ovation after the screening.