8 Movies to Look Forward to This Year End 2018 has been a Marvel-ous year so far. First, it was the refreshing Black Panther, where we witness the prowess of the mighty vibranium that is in abundance in Wakanda, then it’s the highly anticipated Avengers: Infinity War, where half our favourite heroes turned into dust. Then Ant-Man and the Wasp scurried around to save Wasp mama Michelle Pfeiffer from the depths of the Quantum Realm. 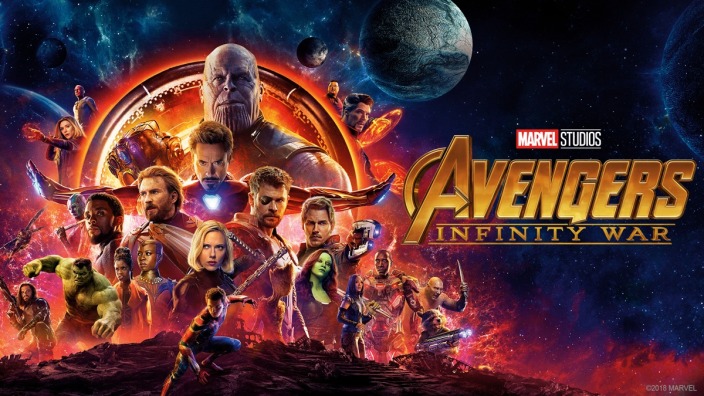 Now, as we inch towards year end, we leave the Marvel Cinematic Universe behind and look forward to eight exciting remakes/sequels and prequels. This Venom isn’t a remake or a part of any series, but it’s not the first Venom we’ve seen. In 2007’s Spider-Man 3, Topher Grace played Eddie Brock aka Venom to Tobey Maguire’s Spider-man. Looking at the new Venom trailer, Grace’s Venom has nothing on Tom Hardy’s version. From what we’ve seen so far, this new Venom is plenty venomous. Even the way Hardy transforms into his alter-ego is scary, looking as though Brock has been swallowed up by the alien symbiote that he’s accidentally bonded with. Not to mention, Venom’s voice is scarily menacing, his “We are Venom” is spine-chilling. In the movie, this Venom isn’t fighting Spider-Man, but the organisation that gave Brock his superpowers.

Did you know: Tom Hardy took on the role because his son is a huge Venom fan, "I wanted to do something my son could watch. So I did something where I bite people's heads off." In fact, his son taught him how to behave like Venom.

A star is Born (October) 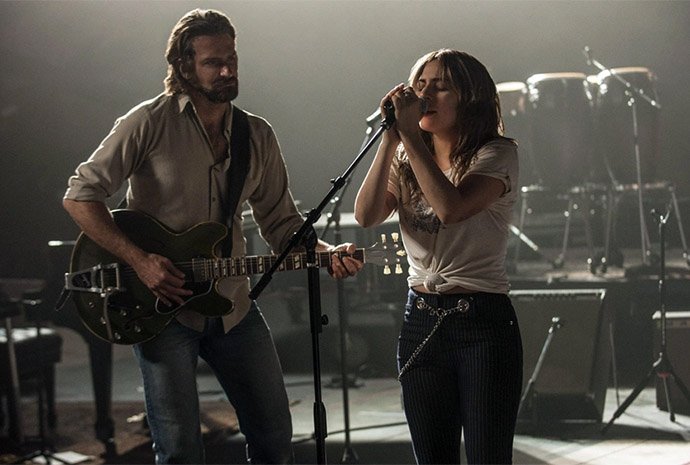 This is the fourth version of A Star is Born, with Lady Gaga and Bradley Cooper taking on the roles made famous by first, Janet Gaynor and Fredric March in the 1937 original, then by Judy Garland and James Mason (the 1954 musical) and Barbra Streisand and Kris Kristofferson (the 1976 rock musical). In Cooper’s directorial debut and Lady Gaga’s first leading role, the movie focuses on an alcoholic musician (Cooper) who falls in love with a young singer (Lady Gaga). This is different from the original, which sees March as a fading movie star who helps Gaynor, an aspiring Hollywood actress launch her career. The decision to turn the angle to musicians instead of actors gives Lady Gaga the opportunity to showcase both her acting (she won a Golden Globe Award for her role in the TV series American Horror Story in 2016) and musical talents. In fact, her performance has already created some Oscar buzz. And we can’t wait to see her sizzling chemistry with Cooper.

Did you know: Before Cooper signed up as director and actor for the movie, his role was offered to A-listers such as Christian Bale, Leonardo DiCaprio, Will Smith and Tom Cruise . 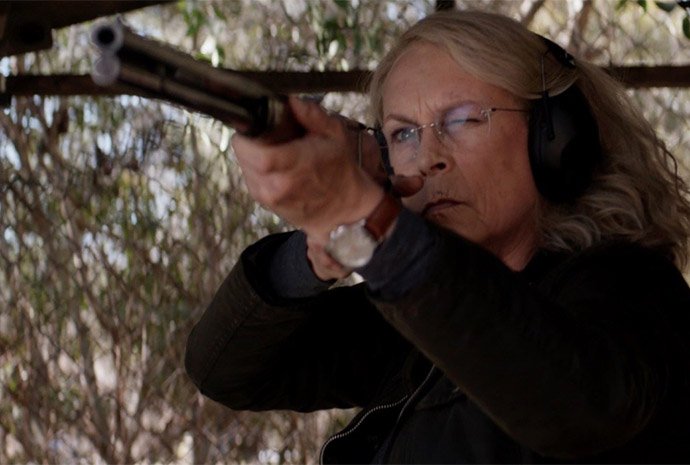 Jamie Lee Curtis is back, not as a victim, but rather, with a vengeance, in this 11th instalment of the Halloween franchise. Set 40 years after the original film, her character, Laurie Strodes, comes face-to-face with Michael Myers for one final epic showdown on Halloween night itself. We know many sequels fall short of the original, but Lee Curtis shared that this direct sequel lives up to the original. We shall see.

Did you know: The role of Allyson, Laurie's granddaughter, was coveted by many actresses, including Lucy Hale and Emma Roberts. However, the studio wanted to go back to the roots of the first movie and cast an unknown actress, like how Jamie Lee Curtis was cast in the original. 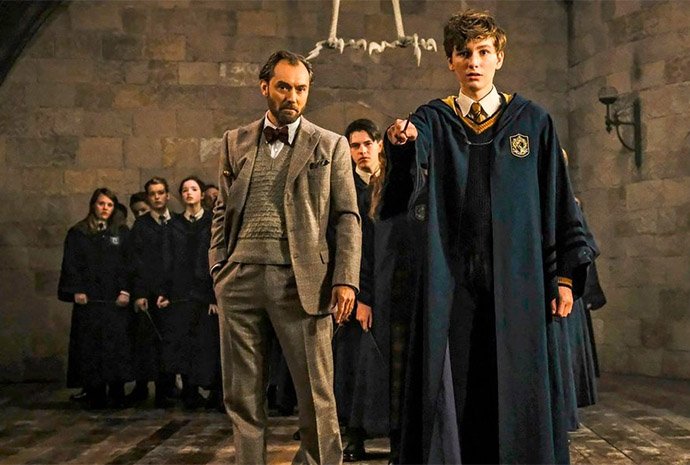 The second instalment in the Fantastic Beasts film series and the tenth movie in the Wizarding World franchise, The Crimes of Grindelwald is a direct continuation of the 2016 Fantastic Beasts and Where to Find Them. At the end of the movie, the dark wizard Gellert Grindelwald (Johnny Depp) was captured by MACUSA (Magical Congress of the United States of America), with Newt Scamander (Eddie Redmayne)’s help. However, Grindelwald escaped custody and goes about his plan to unleash magic and rule over the non-magical beings. We see a young Dumbledore (Jude Law), enlisting Newt’s assistance, stepping in to put a stop to Grindelwald. Sounds like another fantastical ride for us!

Did you know: A lot of big names were considered for the role of Dumbledore, including Christian Bale, Benedict Cumberbatch and Mark Strong. Even Jared Harris, the son of Richard Harris who played Dumbledore in the first two Harry Potter films, was also considered. 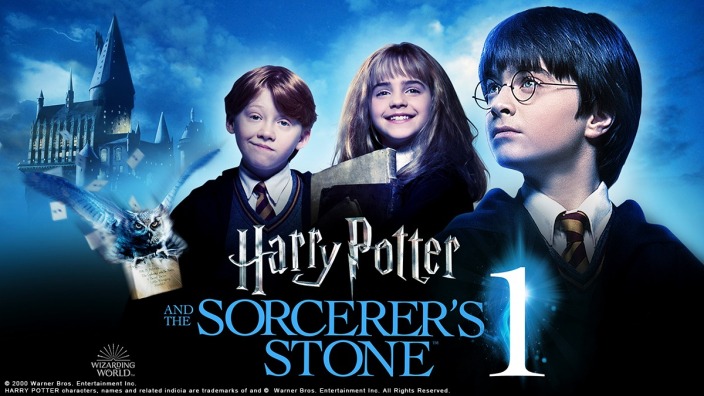 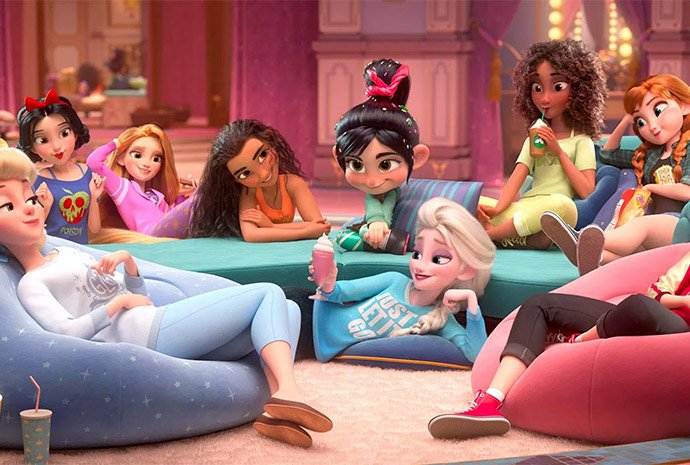 In 2012, Wreck-it Ralph tumbled onto the big screen and, along with Vanellope von Schweetz, stole our hearts with their underdog characters. This year, Ralph (John C. Reilly) and Vanellope (Sarah Silverman) are back, and they’re breaking the Internet. It’s six years after the events of the first movie, and Ralph chanced upon a Wi-Fi router and decides to “explore”, but finds himself wandering on the internet instead. What makes the original such a success was the inclusion of video game characters we’re familiar with, such as Pac Man, Street Fighter and more. In this sequel, Ralph and Vanallope went on an adventure and meet with familiar faces as well, such as the Disney Princesses, The Muppets, Marvel and Pixar characters and more.

Did you know: This is Gal Gadot’s first G rated film. All the films she’d been in are either PG-13 or rated R! Probably the most mischievous of the Autobots, Bumblebee finally gets to have his own movie. Bumblebee is actually a prequel to the 2007 Transformers movie, throwing us back a good 20 years to 1987. The movie starts with Bumblebee already on earth, down and broken, seeking refuge in a small town junkyard in California, where a young girl (Hailee Steinfeld) takes him in. Soon, the two find themselves being hunted down by Sector 7, a government agency. While on the run, the pair realised that Bee isn’t the only Transformer around; there are others who’re hostile.

Did you know: the decision to set the movie in 1987 is to pay tribute to the era where Transformers gained immense popularity. In Justice League, Aquaman is a pretty chill man, belying an unsettling past where he was bullied as a child, and coming to terms with his identity. In his standalone movie, following the events of Justice League, we’ll see how Arthur Curry (Jason Momoa), aka Aquaman, gets caught in a battle between his own people (below the oceans) and his adopted people (the normal humans), as his half-brother, Orm / Ocean Master (Patrick Wilson), the ruler of Atlantis, threatens to invade the human world.

Did you know: James Wan offered to direct either The Flash or Aquaman, but chose Aquaman because he is the underdog. 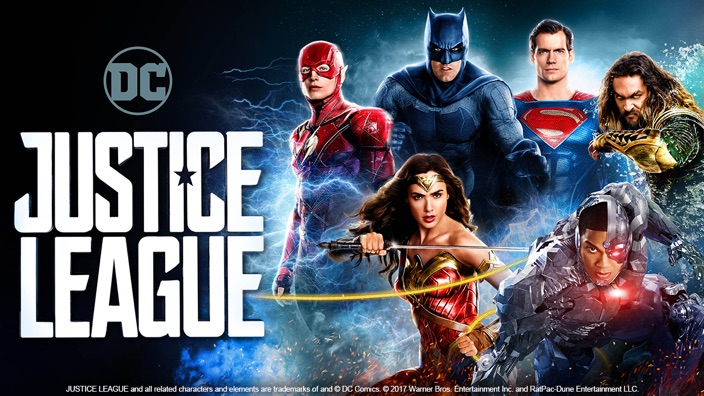 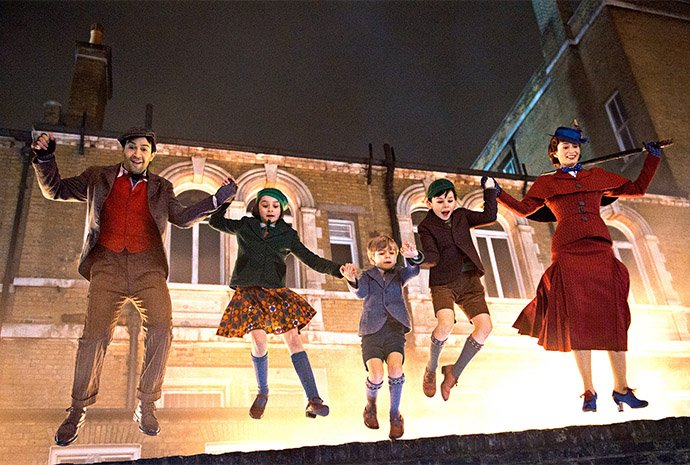 And she’s back! In the original Mary Poppins, the magical nanny visited the Banks home to look after two neglected children, Jane and Michael, and help them become closer to their father. Now, years later, the children have grown up, and Michael has his own family, although he’s still living in the same house on Cherry Tree Lane, with his three children. Following the recent death of Michael’s wife, Mary Poppins (Emily Blunt) decide to return to the Banks family to help look after his kids. Featuring the same animation style in the original movie, Marry Poppins Returns will send waves of nostalgia for those who loved the original movie with Julie Andrews.

Did you know: Julie Andrews was asked to make a cameo in the movie but she turned it down, saying, "this is Emily's show, and I really want it to be Emily's show."