Meet the Victims in The Predator We first came into contact with Predators in the 1987 film starring a post-Terminator Arnold Schwarzenegger leading a team of elite military rescue team on a mission to save some hostages from the clutches of guerrilla army somewhere in Central America.

Except that their efforts were constantly thwarted by an extra-terrestrial life-form which has been secretly following and hunting them. The movie became an instant hit, with Rotten Tomatoes calling it “sci-fi, part horror, part action—all muscle.” Subsequently, it spawned two sequels, with Predator 2 (1990), Predators (2010) and this new one in 2018. And let’s not forget its crossover with the Aliens franchise, with Alien vs. Predator (2004) and Aliens vs. Predator: Requiem (2007).

This new Predator was originally conceived as a reboot of the Predator film franchise, but the original Predators director Shane Black came aboard and wanted to continue exploring the Predator mythology, which makes this a sequel instead. In this new film, a young boy accidentally triggers an alert that sends the Predators back to earth. Now genetically enhanced with DNA from other alien species, these hunters are ready to cause some serious damage and it’s up to a team of ex-soldiers and a science teacher to stop them. Let’s find out more about these new “victims” of the Predators. What was lacking in the testosterone-charged original is a feminine touch, although none was needed due to the action-packed scenes and suspense. However, this being 2018, a female presence is very much welcomed and she takes the form of the sexy Olivia Munn, last seen on the big screen (in live action) in Office Christmas Party. As disgruntled science teacher Casey Bracket, she’s also a biologist and joins the crew on their mission to face the Predators. Holbrook may not be a familiar face, but he’s already racked up a packed resume, having appeared in films like Logan (2017), Gone Girl (2014) and hit TV show Narcos. He plays Quinn McKenna, a former Army Ranger who discovers the existence of the Predators but could not get anyone to believe in him. James Franco was originally cast in the role but passed it on. Then Benicio Del Toro was offered, but he had to back out due to scheduling conflicts. Tremblay is no stranger to us, we saw him as Brie Larson’s onscreen son in Room, and the boy who suffers from a facial deformity in Wonder. As Rory McKenna, he’s the autistic son of Quinn (Holbrook) and is the catalyst for bringing the Predators back to earth. However, he’s also key in fighting against them, thanks to his special ability to learn languages. Jane is known for his works in films like Deep Blue Sea (1999), The Thin Red Line (1998) and Boogie Nights (1997) and as The Punisher on TV. In Predator, he plays Baxley, a military veteran that had been deployed to Afghanistan and Iraq, so if there’s anyone who stands a chance with the Predators, it just might be him. The only problem is that he suffers from a post-traumatic stress disorder. If you find Brown familiar, chances are you might have seen him in Black Panther, he was Prince N'Jobu, the younger brother of King T’Chaka. He also starred in the popular TV series This is Us. In Predator, he plays an agent who had Quinn jailed but ends up fighting alongside Quinn, against the Predators. 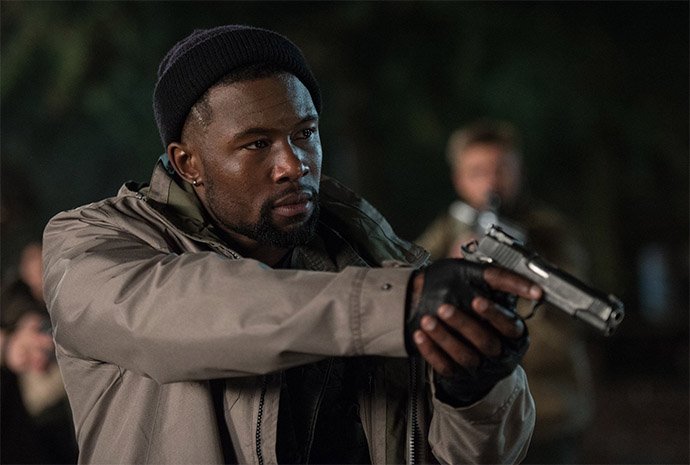 Rhodes is best known for his role in the Academy Award-winning Moonlight (2016) and was nominated for several awards for his performance as Chiron in the film. He also appeared in 12 Strong with Chris Hemsworth this year. In Predator, he’s a kick-ass former Marine who joins Quinn’s Predator-hunting operation. Key should be a recognisable face. An actor, comedian, writer, and producer, he’s appeared in shows such as Parks and Recreation, Whose Line is it Anyway and even stars in The Disaster Artist as himself. He’s also a prolific voice actor, appearing in Storks (2016), Hotel Transylvania 2 (2015), Hotel Transylvania 3: Summer Vacation (2018) and more. One of his next projects is voicing Kamari in the live-action remake of The Lion King. In Predator, he’s also one of Quinn’s comrades in taking on the Predators. Any Game of Thrones fan would instantly recognise this face. Apart from this epic series, Allen has also starred in movies such as The Other Boleyn Girl (2008) and John Wick (2014).  Here, he’s not like the spineless bully Theon Greyjoy but Lynn, a former Marine who teams up with Quinn's group to confront the Predators invading the suburbs. 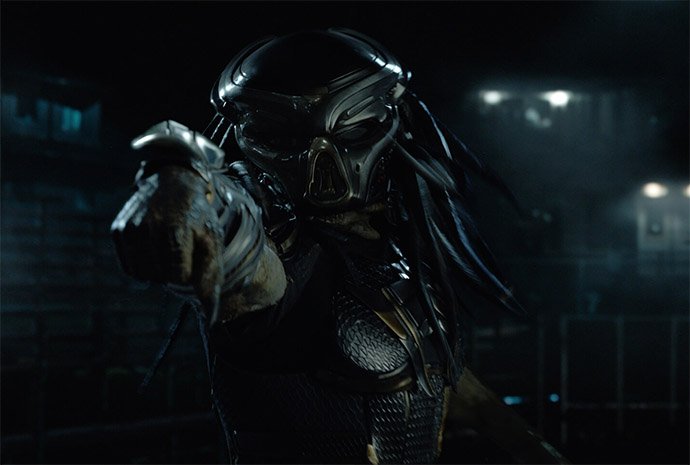