We often see movie stars play a myriad of roles that may see them as an expert in their craft, such as Tom Cruise being a bartender like in Cocktail (1988), Natalie Portman as a professional ballerina in Black Swan (2011) or Margot Robbie becoming an Olympic-winning figure skater like in I, Tonya. But what if movie stars really do have hidden talents? Here’s a look at six actors with talents that they can count as a backup if their movie star careers don’t work out: 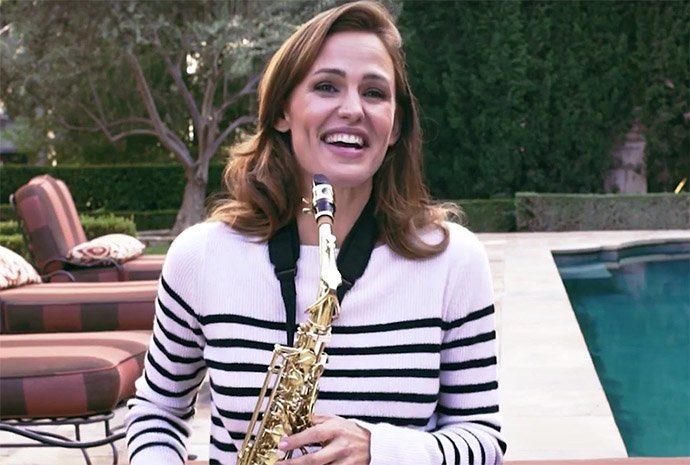 It turns out the Elektra actress has something common with Lisa Simpson. They both love playing the saxophone. Garner used to be in her high school marching band, where she plays the saxophone. In fact, back in the day, she once tried to impress a boy she likes with her saxophone skills on Valentine’s Day, but the boy’s mother was not impressed. Garner has displayed her hidden talent in a movie before. She showcased her talents in an interview with Donny and Marie Osmond, back in 2000.

If Ellen Page decides to give up acting one day, she can probably make ends meet as a street busker with her juggling skills. Page shared that she learnt how to juggle during her free time on film sets since she was young.

Genna Davis began her career as a model and eventually became an actress. Apart from that, she also made waves in the archery world. Davis came close to being selected to be in the women’s Olympics archery team, competing against 300 odd female archers for a spot in the 2000 Olympics. She wasn’t picked, but placed pretty high, in 24th place. She was inspired by gold medallist Justin Huish, who competed in the 1996 Olympics, “I was fascinated by how he shot arrows across the street at home and through his garage. It was kind of cool. He made it sound like fun, and that inspired me eventually to look into it. I met Justin at the beginning of 1997. He hooked me up with his coach that spring and I started taking lessons.” When Bruce Willis isn’t playing tough cops, busting his guts to chase down the bad guys, he can be seen, or heard, playing the harmonica. Willis has even played alongside the legendary BB King, so you know it’s not just a hobby, it’s a serious craft. He has displayed his masterful harmonica playing in music albums and guest appearances before, and has even held a stint as a harmonica player in an R&B band called the Loose Goose.

We know when she’s not acting or directing, she’s busy being a philanthropist, but Angelina Jolie is also a master at knife-throwing, a skill she picked up from her high school boyfriend. She’s also pretty skilled with a butterfly knife. She shared that she has been fascinated with weapons since she was young and boasts of an impressive knife collection. Here’s a clip of her showing off her butterfly knife skills: Before he became one of Ireland’s biggest acting exports, Colin Farrell used to work as a line dancer, not quite River Dance, but as a member of a line-dancing group that wore all denim and cowboy hats, country-western style. As an aspiring actor at 19, Farrell needed to make ends meet. Instead of becoming a waiter like what most of his peers did, he picked line dancing instead. It paid more than waiting tables, and earned a good living touring nightclubs across Ireland.