Who are the Most Stylish Female Movie Spies? A seductress, a ballerina, a spy. Whatever role she takes on, Jennifer Lawrence’s Dominika Egorova in Red Sparrow is impeccably dressed. As a dancer who faces an injury that ends her career, and an unfortunate encounter with the Russian government, Dominika finds herself recruited into the Sparrow School, a Russian secret intelligence service that trains young people to be elite spies. After a brutal training programme, she becomes the school’s top sparrow. With an immaculate wardrobe and killer moves, Dominika is out to take on the world. 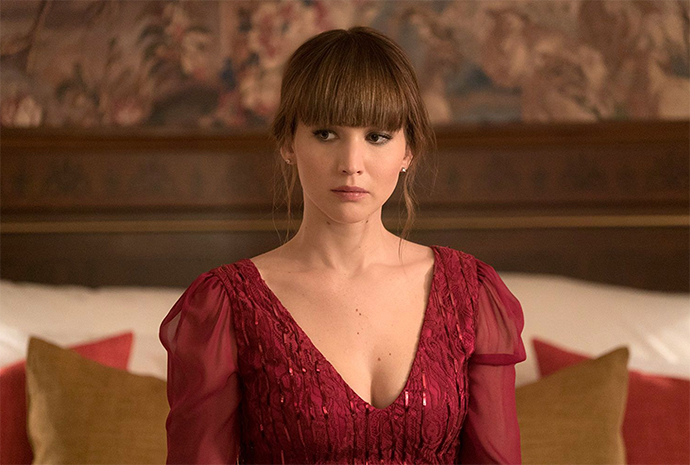 Movies featuring femme fatales are always a joy to watch. Their sleek moves, the flawless appearances and how they kick men’s butts leave us in awe and wanting to be like them. Lawrence’s Red Sparrow isn’t the first best-dressed spy to appear on the big screen. Here are four other femme fatales we know that spot incredible wardrobes (Bond Girls not included).

To prepare for her role as Lorraine Broughton, an undercover agent sent to Berlin during the Cold War to investigate the death of a fellow agent, Charlize Theron cracked her molar while undergoing intense physical training. Impressive as that may be, it pales in comparison to how amazingly hot Theron looked in the movie. With platinum blonde locks and those lanky limbs, she struts along the streets of Berlin as though she’s on a runway show. Her wardrobe in the show consists of pieces like a black-and-white Dior sweater and thigh-high Stuart Weitzman boots, during a fight scene, a bright red vintage Dior coat while she’s out on town at night, and a Thierry Mugler black minidress when she hits the club to sniff out some information. Suffice to say, Theron’s Atomic Blonde has set a new fashion standard in female spy movies. It was the dream combination. Angelina Jolie and Brad Pitt were the perfect spy couple in the action thriller, and they do it with such style. Although Jolie, as Mrs Smith, isn’t dripping in luxury brands while doing her stealthy spy work, she dresses well in every mission she’s in. Then there’s that epic finale where they get suit up in a home decorating store and arm themselves with heavy weapons to fend off their killers. In one scene, you can see her going through her closet, giving us a glimpse into her almost perfect wardrobe. In Ethan Hunt's (Tom Cruise) five outing, he gathers his team and joins forces with disavowed British agent Ilsa Faust (Rebecca Ferguson) to face their most impossible mission yet. And if we may say so, Ferguson may be the most stylish spy we’ve seen in the Mission: Impossible series so far. For her mission to find a target at the Viennese Opera, she dons a stunner of a slit silk single-shoulder number that allows her plenty of mobility while looking like a million bucks. As a speed demon, she dresses in an elegant streamlined leather suit while zipping down Austrian streets on a motorbike. For her go-to wardrobe while investigating with Hunt, Faust dresses in sophisticated silk blouses and chic trench coat. Even if you watch the movie five years down the road, her looks remain timeless. Smart but socially awkward spy Maxwell Smart (Steve Carell) gets paired up with sexy Agent 99 (Anne Hathaway) to get to the bottom of an investigation on the devastating attack on their headquarters. While Maxwell is a nerdy, straight-laced middle age man, Agent 99 is the opposite. Channelling Agent 99 takes Hathaway to the era of the original Get Smart series. Costume designer Deborah Scott shares, "Agent 99 is an updated version of what Barbara Feldon wore in the old show. It's fashion forward with a '60s base to it." Scott sought inspiration from fashion brands during that period, Chanel, of course. The beauty of Agent 99’s wardrobe is how it blends the 60s vibe with a contemporary feel. While out in the field for investigation, she dresses in a mod leather jacket from Tory Burch that screams fashionable yet spy-approved. At an evening event, Agent 99 dons a provocative body-hugging dress with a stunning neck chain fashioned out of metal abalone and stone.  Whatever tricky situation Agent 99 finds herself in, she’s got the right wardrobe for it.