Baywatch: Easy on the Eye 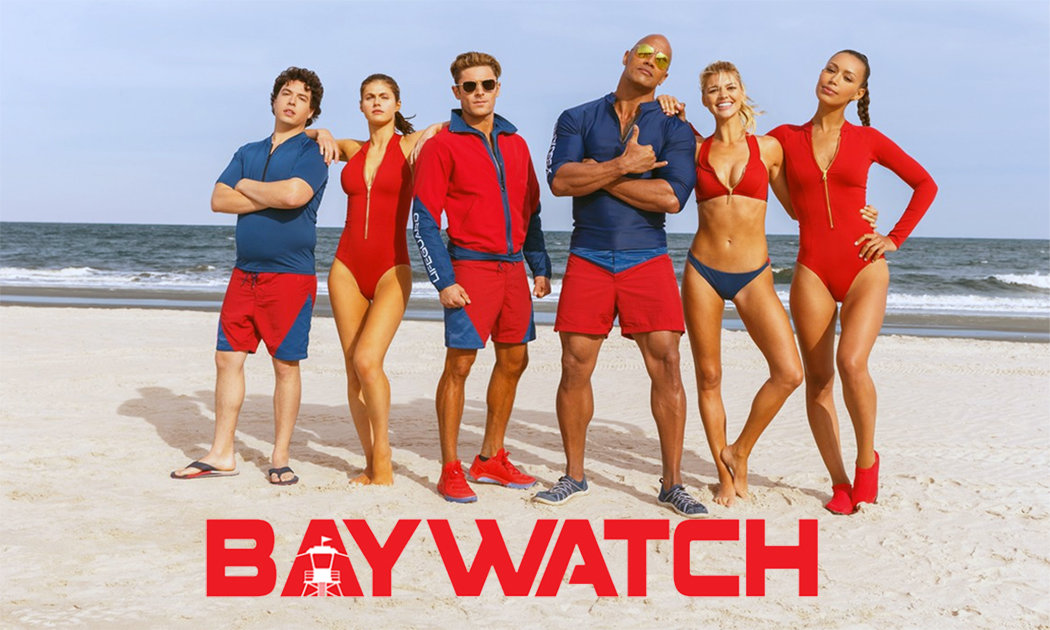 For 12 years, David Hasselhoff, Pamela Anderson and gang captivated audience with their weekly slow-motion runs on the beach. When the Baywatch series ended on the small screen in 2001, you know it’s a matter of time before it gets picked up for the big screen. Strangely enough, it actually took 16 years for Baywatch to make it to the theatres. Dwayne Johnson couldn’t have been a better choice to step into the trunks of Mitch Buchannon, the role made famous by Hasselhoff. And when Johnson’s in the movie, you know it’s guaranteed to be entertaining. As the head of his team of lifeguards in Emerald Bay, Florida, Mitch is responsible for keeping the beaches and the bay safe. With 500 rescues under his belt, he is treasured by the local community, except for his smarmy boss, Captain Thorpe (Rob Huebel) and the local area cop Garner Ellerbee (Yahya Abdul-Mateen II), who likes to put Mitch and his team down. In an upcoming tryout to recruit three new lifeguards, Surfer babe Summer Quin (Alexandra Daddario) and chubby nerd Ronnie (Jon Bass) make the squad, while the last spot goes to Matt Brody (Zac Efron), a down-and-out Olympic gold medal winner with an attitude. With the new members, the team dynamics take some time to calibrate, and not helping the situation is how Matt thinks he’s better than the rest. To make the situation worse, Mitch finds hints of drug use on his beach and mysterious deaths occurring in his bay territory, and leads the team on some pretty precarious situations while trying to expose mastermind behind all these, Victoria Leeds (Priyanka Chopra), a shrewd businesswoman who’s hungry to take over Emerald Bay and beyond. A team of lifeguards out on a clandestine mission to expose the big bad she-wolf, the plot may be simple, but the chemistry of this ensemble cast is what will draw you to the movie, not to mention the rapport between Efron and Johnson. Both stars ooze a charm and presence that reel you in, and with hot young upstarts like Daddario and Kelly Rohrbach as fellow Baywatch lifeguard CJ Parker (the role that catapulted Pamela Anderson to stardom), Baywatch is definitely easy on the eye. The movie’s easy pop-culture infused humour is one of its strong points. The moment Brody joined the team, Mitch has never called him by his real name, but instead, a series of nicknames to describe him, ranging from chuckle-inducing to laugh-out-loud hilarious. There’s “One Direction”, referencing to the now defunct British boyband, “Beiber”, alluding to his cocky I-know-better attitude, “Malibu Ken”, hinting that Matt is not above a plasticky doll and “Vomit Comet”, hitting it home for Matt, because he vomited in the pool during his last Olympic swim, throwing away any medal hopes. These names rolled off Johnson’s tongue so effortlessly that you might think he made these names up, but it was actually Efron that came up with the insults for Johnson to hurl. This new Baywatch isn’t a recreation of its TV counterpart, but more of a reboot. It’s funnier, edgier and sees a lot more action. Critics may not like the movie, but it’s clearly not made for the Awards. If you’re looking for a few hours of entertainment on a couch-potato weekend, this one’s for you.

Oh, and do watch out for cameos of two very familiar faces in the movie.