We know that Pirates of the Caribbean began its life as an attraction in Disneyland before mushrooming into a giant movie franchise. Then there is Tomorrowland, a futuristic themed land featured in all six Disneylands across the world, and the subject of the movie starring George Clooney in 2015. While Disney has taken cues from its attractions and transformed them into movies, they’ve also done the other way round, capitalising on popular movie titles and planting them as theme park attractions. In this third instalment of movies-inspired theme park attractions, we look at its recent park attractions that transport us into the world of movies.

Pandora- The World of Avatar The latest movie turned attraction is based on James Cameron’s ground-breaking movie, Avatar, at Disney’s Animal Kingdom in Orlando, Florida. The themed area is set one generation after the events of the 2009 film, and transports guests to the moon of Pandora. There are floating mountains, bioluminescent plants and two main attractions; guests can experience what it’s like to soar over Pandora sitting on the back of a mountain banshee at the Avatar Flight of Passage ride, or sail down the mystical journey on the Na’vi River, where you’ll encounter shamen and more.

Beyond these two rides, the land itself is a sight to behold. If there’s anyone who can perfect theming, it’s the folks at Disney. Lush and vibrant landscape blanket the land, with interactive flowers and plants, cascading waterfalls and trickling streams. And let’s not forget the towering blue creatures themselves- the people of Na’Vi, in glorious animatronic forms. Spanning 12 acres (4.9 ha), the land opened to four-hour queue times when it first launched in July. 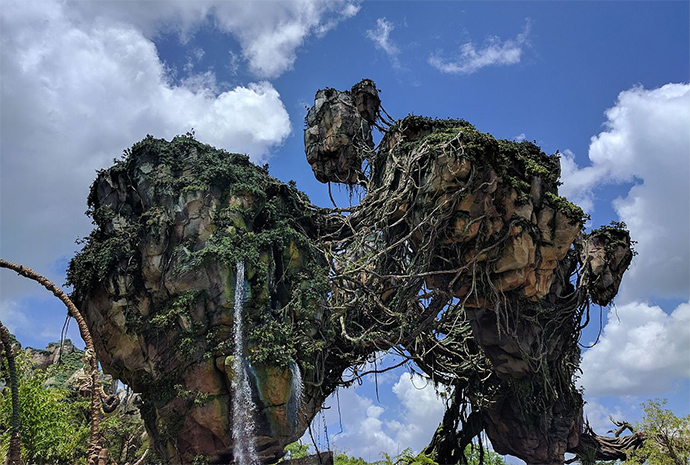 Tip: if you are visiting Pandora, stay until nightfall. It’s like a whole new attraction with the bioluminescent flowers coming to life, casting a magical spell throughout Pandora.

Do you need to watch the movie before visiting?
Hell yeah! Although the extensive theming of the land brings you on a magical journey even if you have not watched the movie, it offers a whole other level of experience if you’ve seen Avatar. With a deeper appreciation of the richness in its theming, you'll be able to notice elements that escape those yet to catch it.

Guardians of the Galaxy- Mission: Breakout! Launched in May to a staggering seven-hour queue, this accelerated drop tower dark ride attraction at Disney's California Adventure Park is exactly the same as the ride it took over- The Twilight Zone Tower of Terror, except it’s in 3D. Mission: Breakout is a mere re-theming of the old ride, and if you’ve taken the original Tower of Terror ride, you won’t find this any different. Granted, the theming is amazing and if you’re a Guardians of the Galaxy fan, you’d be pleased that stepping into the tower is almost like stepping into the movie. What used to the haunted hotel lobby is now The Collector’s (the character played by Benicio Del Toro) den, with his extensive eccentric collection on display. In the briefing room, a realistic animatronic Rocket Raccoon (character voiced by Bradley Cooper) scurries around, briefing the riders on what’s happening and what to do, before sending you on the ride.

Mission: Breakout ascends to a 56-metre elevation, with drastic 40-metre drops to set your heart palpitating. There are six versions of the ride, featuring different soundtracks. At every drop, the ride elevator door will open, and the Guardians’ characters will appear in their 3D glory, tangled in various tricky situations. From start to finish, you are deeply immersed in the Guardians of the Galaxy universe. The ride marks the first Disney attraction in the US based on Marvel Comics characters.

Tip: Prior to taking this ride, don’t eat, unless you want to see  food splayed on the floor in front of you after the ride. 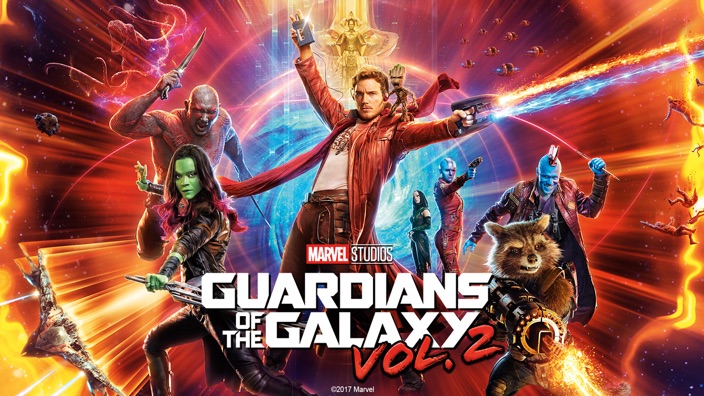 Do you need to watch the movie before visiting?
Yes. Because of the extensive theming of the tower, you might be lost if you’ve not seen the movie. A talking raccoon? An eccentric collector with a bunch of strange artefacts? You’d be completely befuddled. Hong Kong’s Disneyland actually holds the title to being the first Disney theme park that features a Marvel-themed park experience and ride. A 3-D motion simulator attraction in Tomorrowland, riders first enter the Stark Expo, an expansive showcase of the latest technology inventions from Stark Industries.

Next, you’ll take on the simulator ride, in an Expo Edition Iron Wing, which is essentially like a gigantic Iron Man suit for 45 people. The premise of the ride is that Stark has chosen Hong Kong Disneyland as the site for his latest Stark Expo and you’re a visitor at the exhibition. The expo is to mark the opening of the Hong Kong Stark Tower, which houses the biggest Arc Reactor ever created. All is fine until Hydra drops in, then all hell breaks loose.

If you think the ride looks familiar, that’s probably because you’ve taken Star Tours. What differentiates The Iron Man Experience from Star Tours is the realism. While Star Tours brings you to imagined planets of Hoth, Naboo, Tatooine and more, Iron Man drags you to the very real streets of Hong Kong, and blends computer animation with real actors to offer a gripping four and a half-minute journey. Robert Downey Jr. does the voice-overs for all the Iron Man action, so riders get a complete Iron Man Experience. Tip: While queueing up for the ride, keep your eyes peeled. Captain America’s shield is on exhibit for riders to gawk at while waiting for the ride. 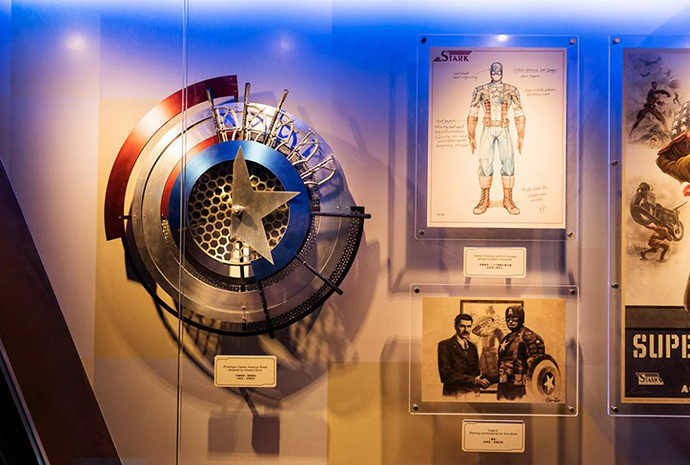 Do you need to watch the movie before visiting?
If you’ve not watched any Iron Man movie, you don’t deserve to enter the attraction premises. The highlight of Tomorrowland in Shanghai Disneyland is the Tron Lighcycle Power Run, based on the 1982 cult movie, Tron. A semi-enclosed launched steel roller coaster, it opened in mid-2016 and is scheduled to launch in Walt Disney World’s Magic Kingdom in 2021. Each seat on the coaster resembles a light cycle (An illuminated, street-legal motorcycle from the movie), offering riders an individualised experience. The coaster hurtles its riders into the futuristic colour-shifting canopy that shades Tomorrowland before pulling them into the Grid, with many twists, turns and big drops for 120 seconds before coming to a stop.

The theming of the ride is a visual feast and befits its location. Most of the attractions in existing Tomorrowlands have grown dated (except for the Iron Man Experience in Hong Kong Disneyland), but the Tron Lightcycle Power Run looks otherworldly, and makes you feel you’ve indeed, entered the future. Tip: This is one of the more popular rides in the park. If you intend to visit, make a beeline for this ride. The rest can wait.

Do you need to watch the movie before visiting?
But of course, otherwise, the whole Grid run and the light cycle would be completely lost on you. In fact, some who’ve seen Tron might still be confused with what’s going on. This may be the most anticipated upcoming theme park attraction. It’s puzzling that it has taken this long for Disney to come up with a fully themed Star Wars Land, but with the movie franchise enjoying such a successful revival, perhaps now IS the best time to transform the Star Wars Universe into theme park attractions.

Guests can expect to be fully immersed in a spanking new, never-before-seen planet, and here comes the best part- you can even interact with familiar characters from the beloved franchise. We’re not talking about the meet-and-greet characters. We’re talking about characters that roam the streets in the themed land, in character all the time. This fully transports you into the Star Wars universe like no other. Attractions here include steering the Millennium Falcon or joining the battle between the First Order and the Resistance. Take our money already!

Star Wars Land is slated for opening in 2019 in both Disneyland (Anaheim) and Walt Disney World Resort (Orlando).