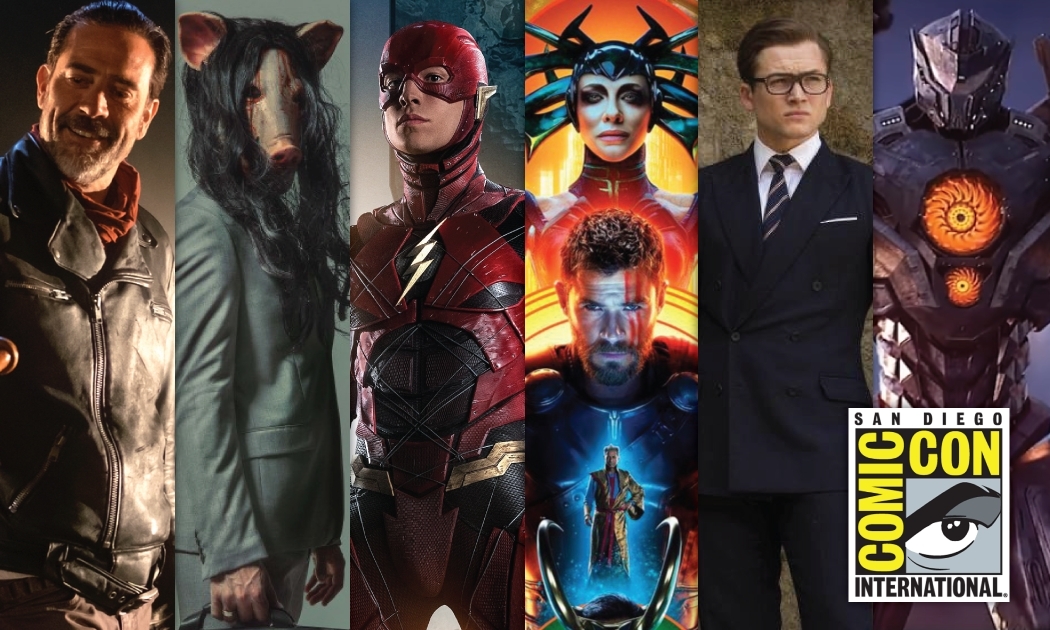 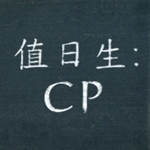 In many ways, Comic-Con is like a war. This is where movie studios do everything in their powers to impress the audience, if only to one up their competitors. For the fans, they are in for a treat: this is the time of the year where new trailers are unleashed, new movies announced, and A-list celebrities seen in person. After CATCHPLAY ON DEMAND’s exclusive coverage of 2017 San Diego Comic-Con, we have compiled a list of hottest movie/TV trailers revealed during the period, for your viewing pleasure.

Man, will you open a fitness centre at any time?

Thor: Ragnarok and Black Panther are the main focus of this year’s Marvel panel. The second trailer for the former got a reveal. Mark Ruffalo let it slip before the trailer premiere that Hulk will have conversations in this movie. After the events of Avengers: Age of Ultron, Hulk refuses to turn back to Bruce Banner, and after 2 years fighting as a gladiator on the planet Sakaar, he learned child-level speech, which is of course his trademark “Hulk-speak”. Aside from Thor: Ragnarok and Black Panther panels, also revealed at Marvel’s presentation are the exclusive clip for Avengers: Infinity War (the same one shown at the previous week’s D23 Expo), the addition of Michelle Pfeiffer to the cast of Ant-Man and the Wasp, the time setting of Captain Marvel (the 90s), its villains (the infamous alien race Skrulls in Marvel comics), and the appearance of a younger Nick Fury (when he still had both his eyes).

Not to let Marvel have all the attention, DC brought with them the latest trailer for Justice League to Comic-Con. Main villain Steppenwolf shows up for the first time, and gets more fight scenes from our band of heroes. While Clark Kent/Superman remains a no-show in the trailer, some footage did hint at his resurrection. Although those who have watched Batman v Superman: Dawn of Justice to the last second knew Supes was not dead at all (not to mention him being on one of Justice League’s official posters), it can still be amusing to imagine in what way and context will he spring back in action.

Hailed as a modern sci-fi TV classic and HBO’s next big thing, Westworld will carry on its journey in 2018. As the trailer shows, the next season will pick up where the season 1 finale left off, with awakened hosts (robots/androids) staging a bloody vendetta against the humans who create and torture them for entertainment. The whole cast sans Anthony Hopkins show up at Comic-Con, spoke at the Westworld panel and held a signing session for the legion of fans. 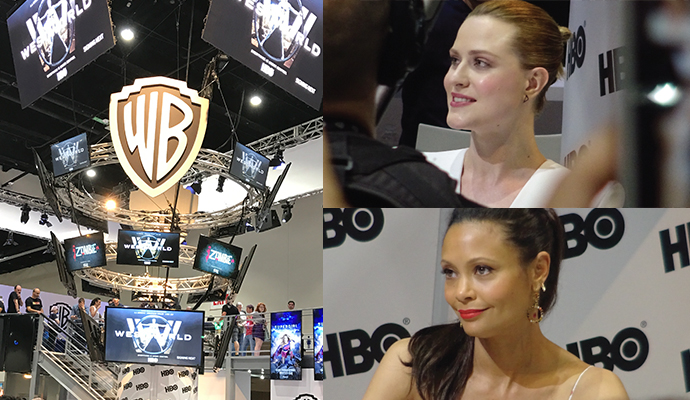 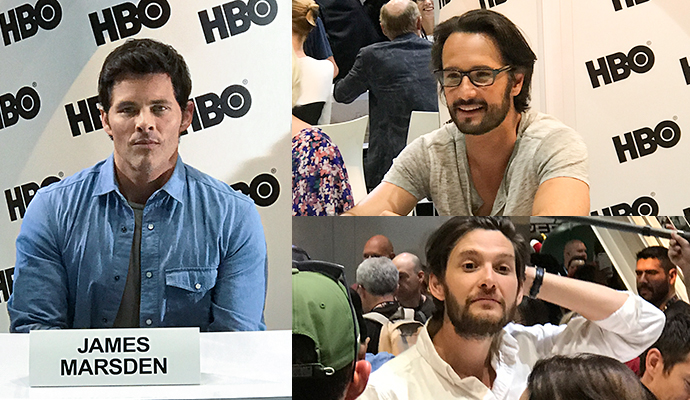 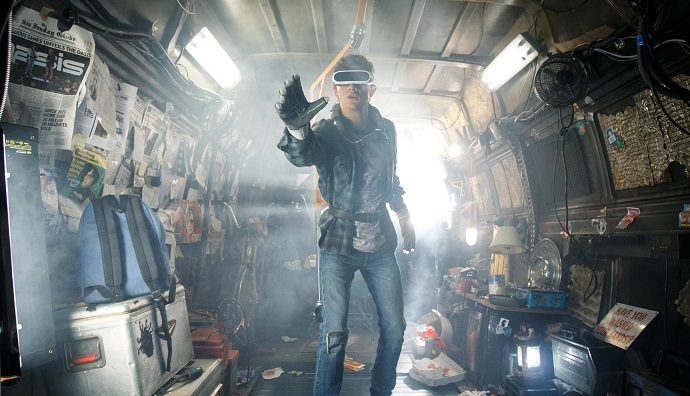 Steven Spielberg has contributed countless pop-culture icons throughout his career. In his new film, however, he presents a love letter to pop culture itself. Adapting from the bestselling novel of the same name, Ready Player One tells of a highly advanced VR online game called OASIS. Its creator leaves a grand prize of unimaginable value within the game prior to his death, and thus a fierce race to discover the ultimate Easter egg begins, and the whole world is taking part. Seen in the trailer are numerous references to pop culture classics such as The Iron Giant, Back to the Future, Akira, Predator, TRON: Legacy, and even Freddy Krueger. A drinking game based on catching all references will definitely go well with this movie.

Ever since the show introduced the fan-favourite nemesis of Rick Grimes, Negan, fans have been eagerly waiting for this exact season -- where Rick’s group, his allies and The Saviors start an all-out war. AMC was being generous with the trailer for The Walking Dead Season 8, being more than 5 minutes long. Fans were finally able to see the heroes in battle, and then, AMC pulled another Season 6 finale trick – the end of the trailer shows a heavily bearded Rick, laying on a white bed, seemingly dying and recalling the events of the entire video. Is it a flashforward sequence? Or is Rick meeting his end? Will this scene actually be shown in season 8? AMC is the master of teases and they know it. 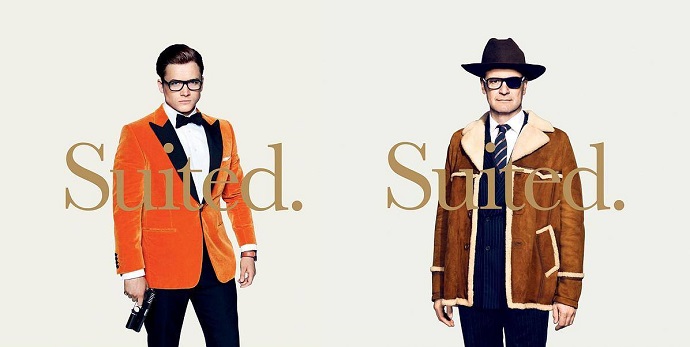 The highly anticipated sequel to 2014’s instant classic Kingsman: The Secret Service invaded Comic-Con, bringing the main cast to the stage along with a new trailer. To go with the gentlemen-ness of the movie, every panellist took a shot of whiskey during the presentation, and as if that was too classy, Halle Berry gulped down a whole pint, resulting in a storm (pun intended) of cheers and applause from the audience. 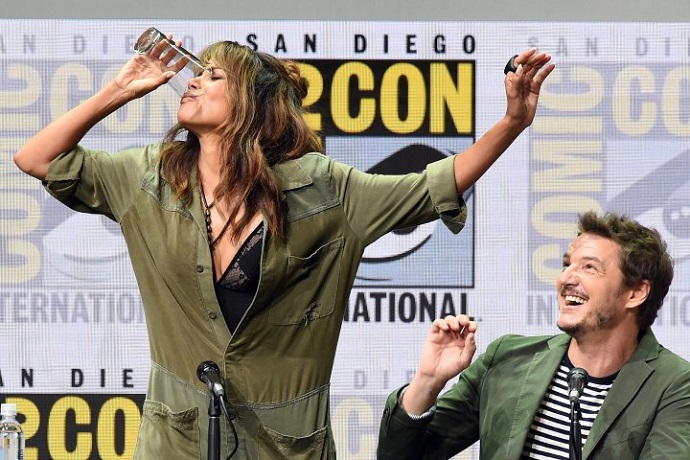 John Kramer (played by Tobin Bell), the “Jigsaw Killer”, has been dead for 4 movies, but he still finds a way to terrorise and mutilate unsuspecting victims. The latest instalment of one of the most popular horror franchises sees The Spierig Brothers (Daybreakers, Predestination) at the helm, who promised to tone down the ridiculousness of the later films while retaining the dread and thrill of the early ones.

The Conjuring spinoff Annabelle didn’t exactly do well with critics. It did make enough money to warrant a sequel, and David F. Sandberg of Lights Out fame has been brought in as director. Annabelle: Creation premiered the night before Comic Con at a San Diego theatre, and early reviews were surprisingly positive, with every aspect of the film considered vastly superior to the first Annabelle. It seems the creepy doll pulled an Ouija: Origin of Evil on all of us.

Think Lethal Weapon meets The Lord of the Rings, and you have an idea of what Netflix’ Bright is about. To elaborate, Bright is set in an alternate reality where fantastical creatures like orcs and elves live with humans as equals… at least on the surface. Will Smith and Joel Edgerton star as a pair of policemen, and things have been tough especially for Edgerton’s character, who is the first orc in history to enter the police force. They not only have to deal with criminals but also racial discrimination. This buddy cop comedy taps into the sensitive racial issues with its high-concept fantasy setting, much like Zootopia.

Since most of the films in this list are sequels with strong connection to their previous entries, we recommend you check out those movies at CATCHPLAY ON DEMAND, either to refresh your memory or to catch up! 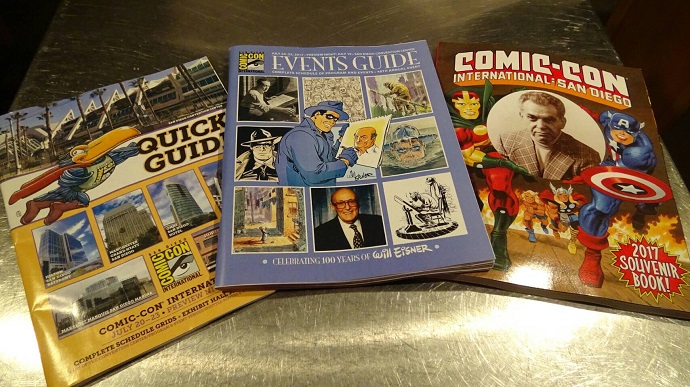