How Many Actors Does it Take to Play Spider-Man? The Hollywood reboot machine is in overdrive, whipping up new versions of old movies like a well-oiled engine. Bryan Singer revived a sensitive Superman in Superman Returns, only to have Zack Snyder come along with a seething Man of Steel. Christopher Nolan created a brooding The Dark Knight, only to have Snyder (again!) emerge with an angry Bruce Wayne. With each reboot, the director brings a new actor on board. Snyder retired both Brandon Routh and Christian Bale. In their places are Henry Cavill and Ben Affleck. Such is the case too, for our friendly neighbourhood Spider-Man. Currently in its second reboot, Spider-Man: Homecoming is now part of the Marvel Cinematic Universe, and introduces a younger and largely unknown actor as our favourite web-slinging hero. This latest version of Spider-Man is a much coveted role, with at least six actors tied to it. Here’s a look at who did don the red and blue spandex suit, and who almost did. In Sam Raimi’s Spider-Man franchise that spawned three movies, Tobey Maguire injected a huge dose of heart and soul into Peter Parker. Raimi’s story-telling has a delicate touch, focusing more on Peter’s character as a shy, nerdy high school kid with the smarts and a major crush. He makes Peter very relatable to the young audience, instead of a smart mouth like in the comics. Maguire shines in the role, as an almost broken kid who finds redemption as a webbed hero. We really felt for him when he got bullied in school, when Uncle Ben died and when Mary-Jane first rejected him. Marc Webb’s remake gives us a more mischievous Peter Parker, which Andrew Garfield embodies effortlessly. In The Amazing Spider-Man, the mood is a few notches lighter than Raimi’s version. Peter is not the shy, tormented kid in school and has no problems getting the girl of his dreams. He’s your typical carefree high-schooler who spends his days after school goofing around with his skateboard. When disaster strikes, he sobers up to take on adult responsibilities, but not without a hint of playfulness. Garfield plays Peter with a combination of cheekiness and charm to concoct a winning Spider-Man cocktail. Spider-Man: Homecoming sees relative unknown Tom Holland beating a handful of actors to land the role that’s by far, closest to the comic book version. This latest Spider-Man shows a flippant teenager who can’t stop his wise-cracking jokes, and Holland fits the part. For starters, at 21, he’s closest to Peter Parker’s age than both Garfield and Maguire, who were 29 and 27 when they first became Peter. Second, with a higher pitched voice and a wide-eyed look, Holland perfectly brings out Parker’s naiveté. With Spider-Man part of the Avengers ensemble, we’ll be seeing Holland pretty often in the next few years.

Spider-Man: Homecoming reportedly saw a rigorous audition process to find the perfect Peter Parker, which isn’t surprising, considering that this new webbed hero is part of the Avengers, fighting alongside the likes of Captain America and Iron Man. Before this reboot, there were others that didn’t come to fruition, with many names tied to it.

Believe it or not, way before Tobey Maguire swung from building to building, Tom Cruise was actually pegged to don the Spidey suit. It was back in the 80s when Cruise was only in his 20s. Coming off the success of Top Gun, he was the top of the list to be Peter Parker, but the project was shelved due to lacklustre box office performance of another superhero movie- Superman IV. Before Maguire was picked by Raimi to play Peter Parker, his best bud in real life, Leonardo DiCaprio, was considered. Titanic had just came out, hurtling DiCaprio into international limelight. However, he wasn’t interested. Despite having headlined big budget movies like Romeo + Juliet and Titanic, DiCaprio felt he wasn’t ready to be a superhero yet. Jake Gyllenhaal almost became Spider-Man in Raimi’s version. Maguire was filming Seabiscuit right before Spider-Man 2 and suffered a back injury. The Studio went into plan B mode and engaged Gyllenhaal to replace him. Thankfully, Maguire recovered in time to continue his Spider-Man journey. We first saw Asa Butterfield as an orphan in Martin Scorsese’s beautifully shot Hugo, with huge soulful eyes that haunt. Then he was the child prodigy in Enders Game, relied on to bring about an end to earth’s war with aliens. He screen-tested with Robert Downey Jr. for Spider-Man: Homecoming, but didn’t get the part. Despite that, we’ll be seeing a lot of this young English chap. He appeared in The Space Between Us earlier this year and has two more upcoming movies. 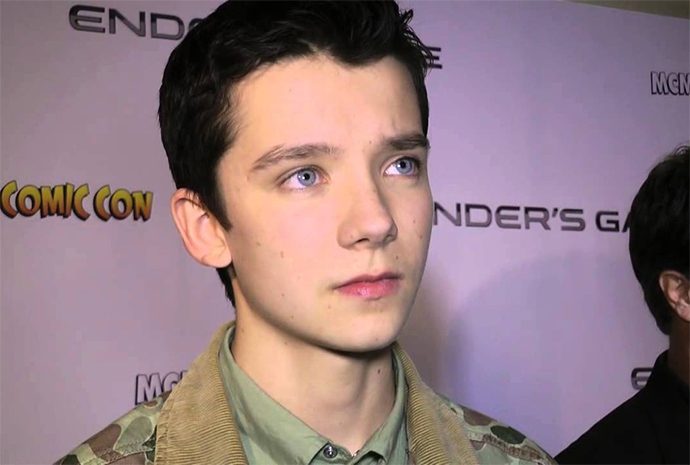 The late Anton Yelchin was considered before Garfield became Spider-Man in Marc Webb’s The Amazing Spider-Man. He did the screen-test and was one of the top contenders, but was eventually edged out by Garfield. He went on to reprise his role as Pavel Chekov in the Star Trek series before his untimely demise in 2016.