All Wrapped up with The Mummy 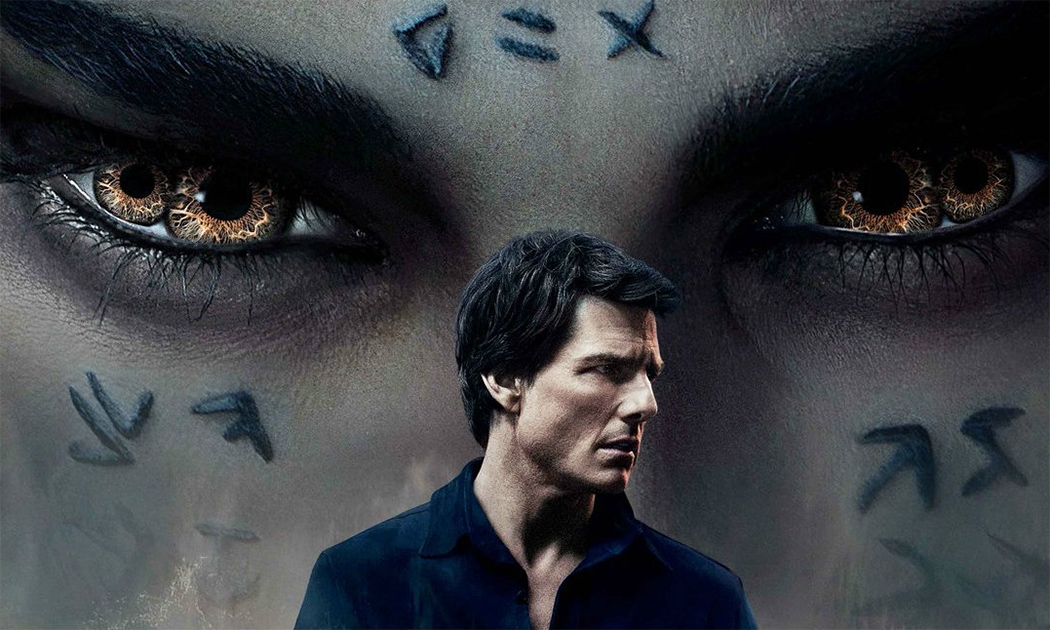 The Mummy, a vital character in Universal’s classic monster series, was brought to life in the late 1990s with a trilogy starring Brendan Fraser as a heroic explorer who saved the day time and again. It also spawned a prequel, a spin-off series, three video games, two comic book adaptations, an animated television series, and a roller coaster ride. Just when you think it’s finally done and all wrapped up in the coffin, it’s been dragged out again, this time by Tom Cruise. What’s different is that this Mummy outing is going to be more horror than action-adventure. Before we head to the cinemas for the new remake, it’s time to binge-watch the original trilogy and brush up on your Mummy knowledge. 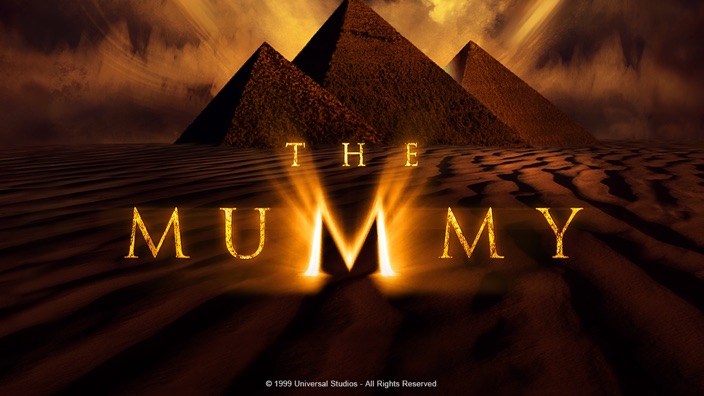 Based loosely on the 1932 film The Mummy, the first in the trilogy is set in 1926 and trails the adventures of explorer Rick O’Connell (Brendan Fraser), who accompanies archaeologist Evelyn Carnahan (Rachel Weisz) and her brother Jonathan Carnahan (John Hannah) to the city of the dead, Hamunaptra, in Egypt. The trio accidentally awakens Imhotep, a high priest who’d been cursed for eternity. Chaos ensues and Fraser and company had to find a way to defeat Imhotep before the world turns to ruins. 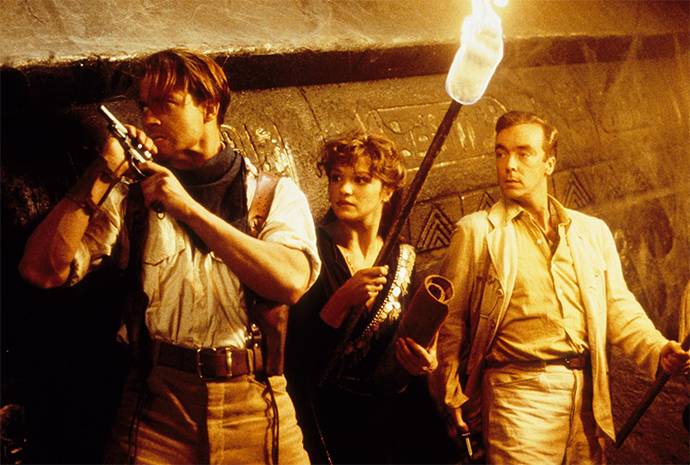 The movie opened to mixed reviews; while some found the storyline a poor imitation of the Indiana Jones series, others found it entertaining. Perhaps famed movie critic Roger Ebert summed it up best, “There is hardly a thing I can say in its favour, except that I was cheered by nearly every minute of it. I cannot argue for the script, the direction, the acting or even the mummy, but I can say that I was not bored and sometimes I was unreasonably pleased." Fans’ reactions were positive, so much so that a sequel was in the works. 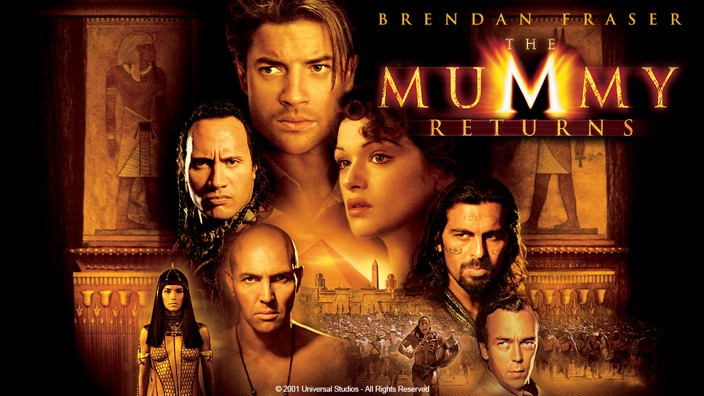 This 2001 venture reunites Brendan Fraser, Rachel Weisz and John Hannah with new addition Dwayne “The Rock” Johnson as The Scorpion King (The Mummy Returns actually inspired the prequel The Scorpion King, released in 2002). Seven years have passed since the group put Imhotep back where he belonged. O’Connell (Fraser) is now married to Evelyn (Weisz) and they have a son, Alex. Drawn to the myth of the Scorpion King, who once led a menacing army but disappeared after he sold his soul to Anubis, the couple set out to Egypt to find out more. They find the Bracelet of Anubis and bring it back to London, but it spells nothing but trouble. Alex accidentally triggers a curse and unknowingly resurrects Imhotep, and Rick and Evelyn must defeat the mummy and save the world once more. 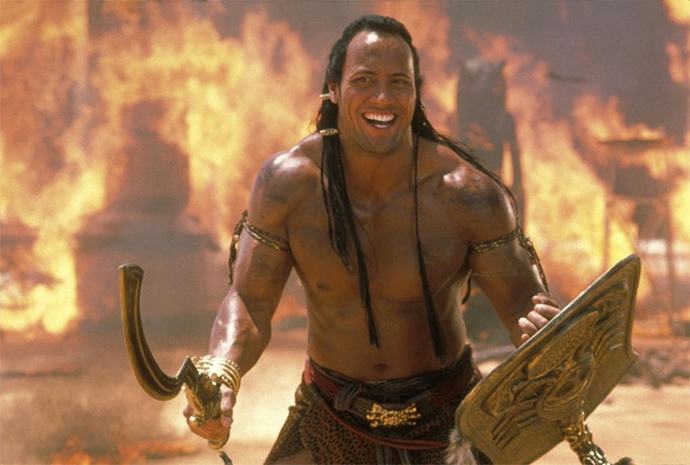 This time round, the film’s special effects and action sequences received much attention.  The Los Angeles Times praised it for its "constant plot turns, cheeky sensibility and omnipresent action sequences," while Variety magazine applauded its non-stop action and visual splendour, and hence, a third instalment appeared on the cards. 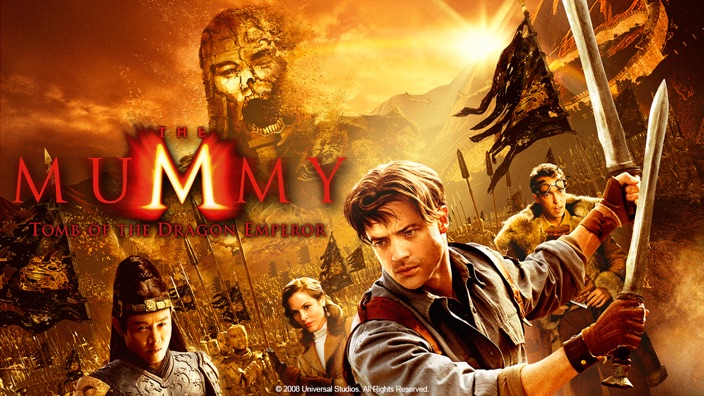 This third movie is a stark contrast to its two predecessors. Instead of ancient Egypt, we shift continents to China, and enlisted the help of Asian heavy weights like Jet Li and Michelle Yeoh, alongside Brendan Fraser ’s Rick O’Connell. Set in 1946, we’re back with the O’Connell family and this time, they are up against the Dragon Emperor (Jet Li) of China and his army of soldiers. Back in ancient China, the Emperor Qin was a ruthless leader and was cursed by sorceress Zi Yuan (Michelle Yeoh) for killing her lover, General Ming. The O’Connells are tricked into awakening the emperor, who wants to gather his terracotta army (also cursed by Zi Yuan) and wreak havoc upon the world. 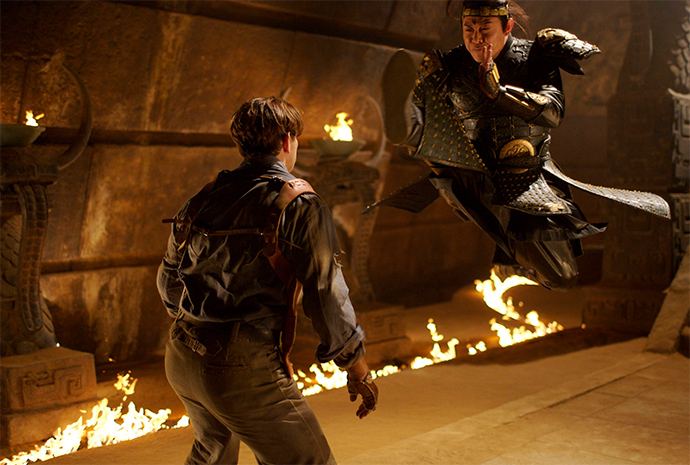 While not a critical success, The Mummy: Tomb of the Dragon Emperor was a box office hit. Critic Roger Ebert called it the best in the series.

Now, almost a decade later, Brendan Fraser has been replaced by Tom Cruise and the movie is set in present day. Apart from the fact that it features a Mummy, this year’s The Mummy is nothing like the previous ones. Part of the “Dark Universe” created to combat the Marvel Cinematic Universe and DC’s Justice League, this Mummy is one part of the Universal Monsters, set to release slowly over the next couple of years.